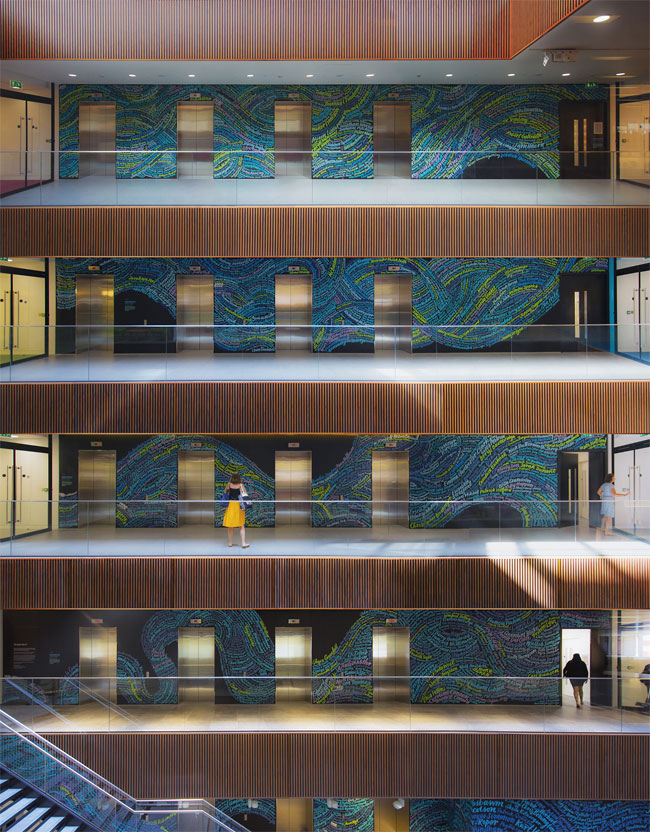 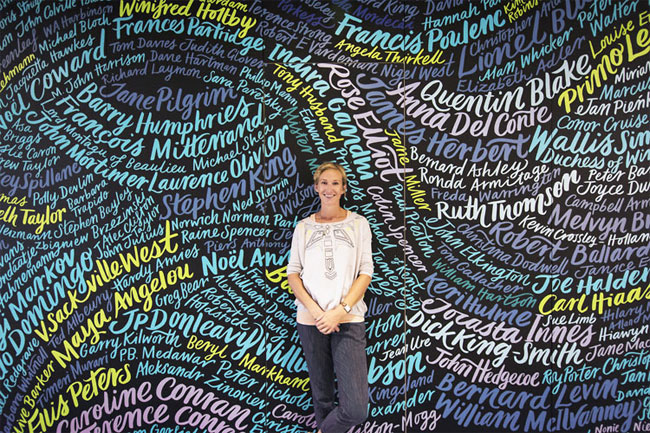 The work is the result of extensive research carried out by the Graphic History Company in partnership with The British Library, resulting in a database of over 55,000 authors published collectively by Hachette’s publishing companies over the course of their long and illustrious history. The mural features the names of nearly 4,000 authors and will grow over time as the names of new writers are added in coming years. Every author’s name has been drawn by hand by illustrator Kate Forrester in a flowing design that references the Thames side location of Hachette’s new offices on Victoria Embankment. The mural runs throughout the atrium, stairwells and corridors of the office, spanning 6 floors and 450 square metres of wall space. 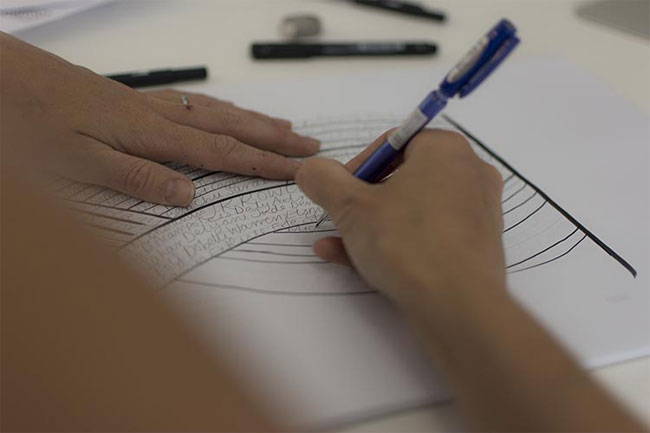 Emma Pike, Founder, The Graphic History Company, said : “It has been a great privilege to delve into the incredible history of Hachette and its authors – and to create a visual history on this scale in such a stunning building.” 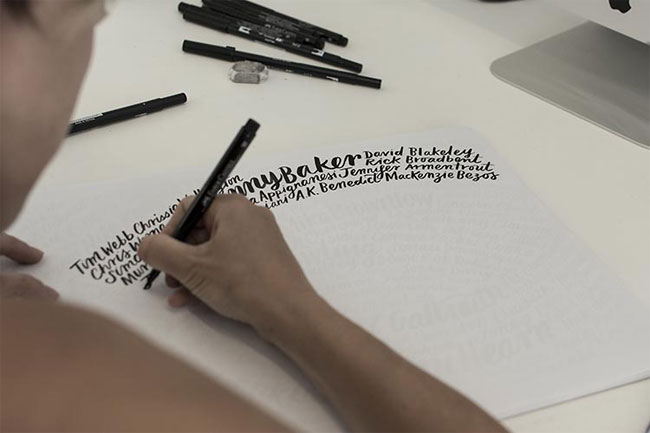 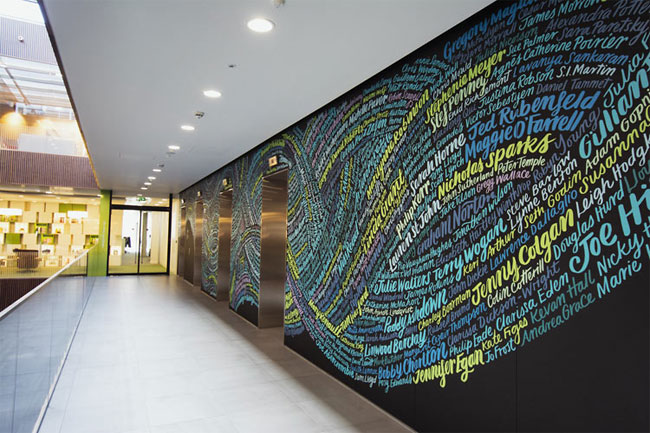 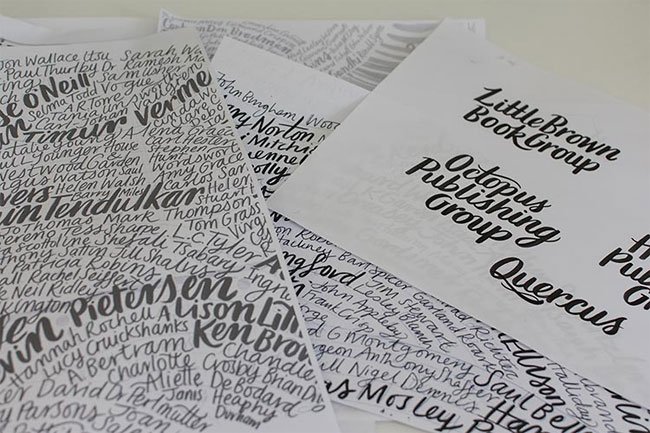 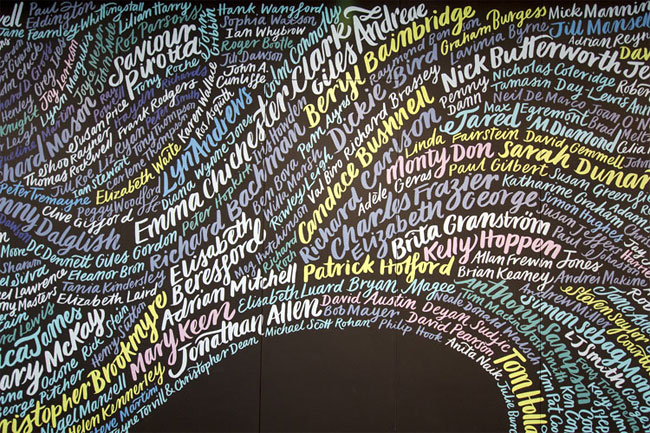 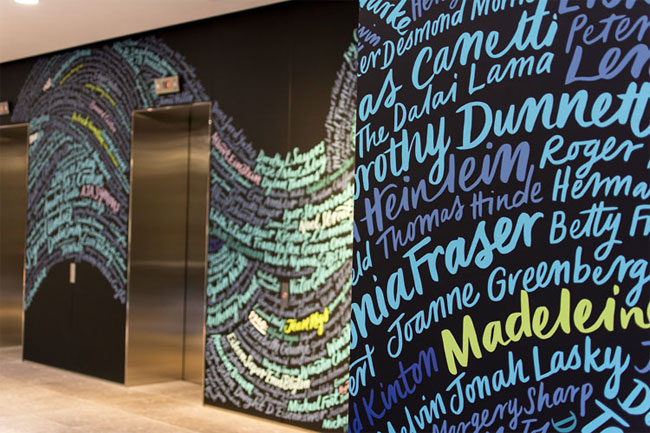 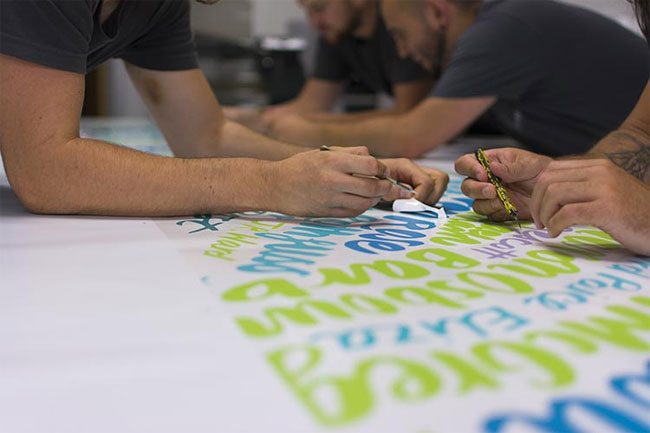 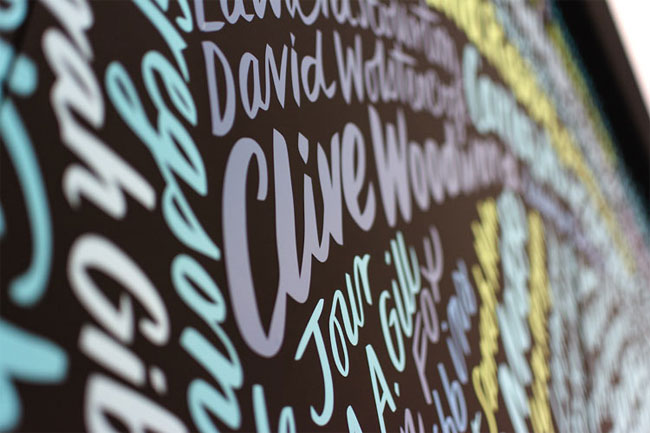 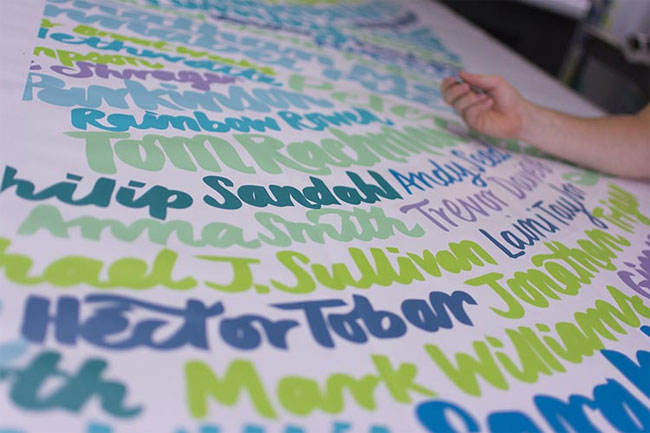 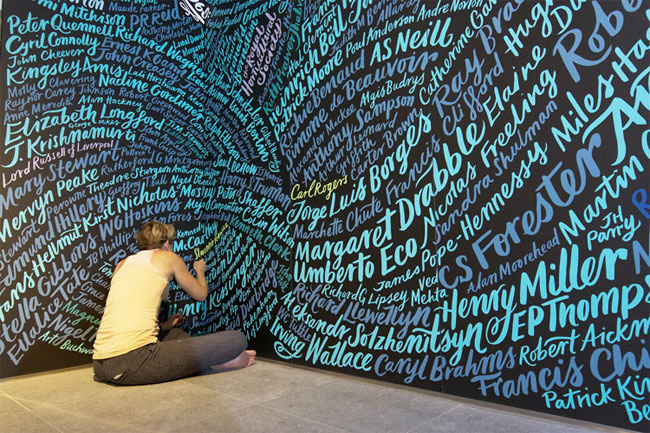 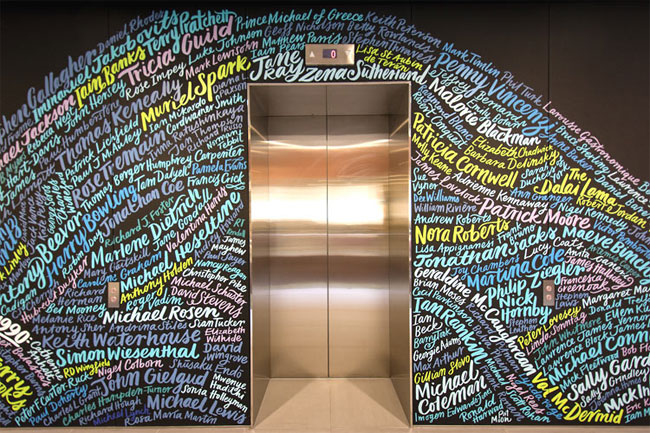