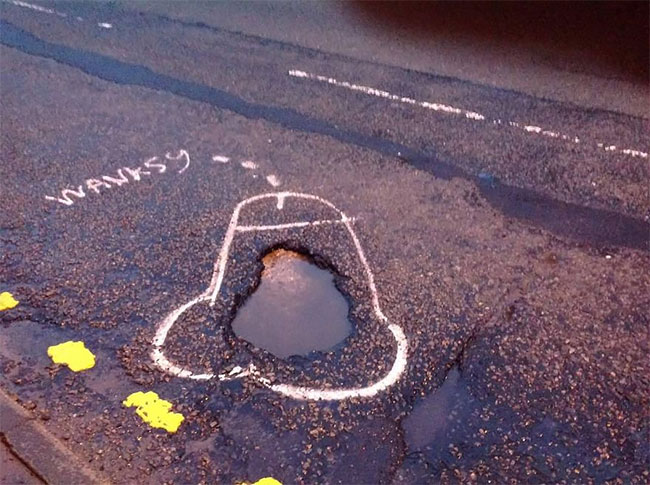 After another cyclist friend was injured by potholes, Wanksy, an artist from Greater Manchester, England, decided to act. He used washable paint to draw penises around potholes in his neighborhood, and suddenly, they were repaired in 48 hours. 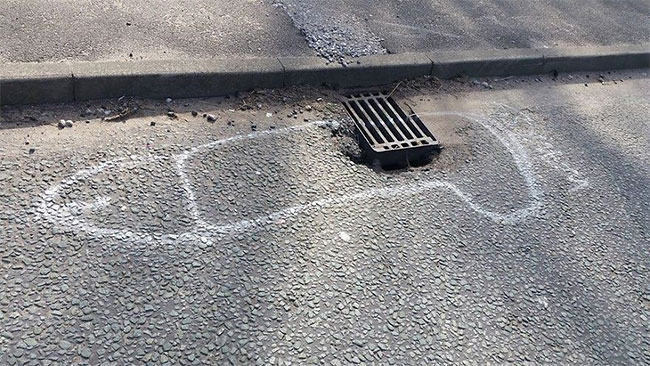 “People will drive over the same pothole and forget about it,” Wanksy said in an interview. “Suddenly you draw something amusing around it, everyone sees it and it either gets reported or fixed.” A Bury Council spokesman disagreed: “Painting obscenities around potholes will not get them repaired any quicker, but simply waste valuable time and resources.” 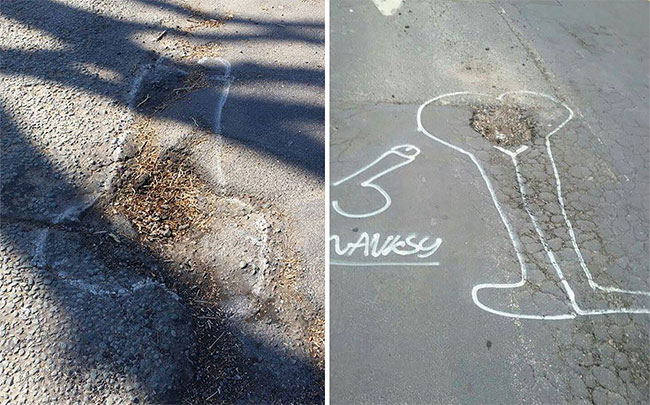 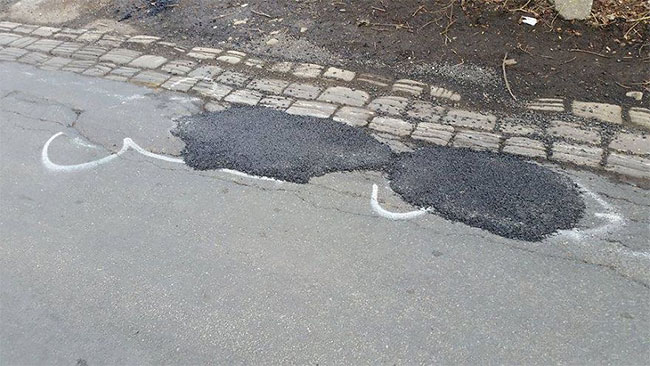 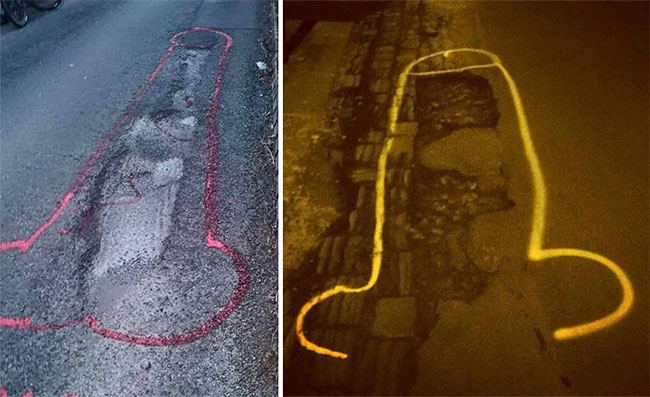 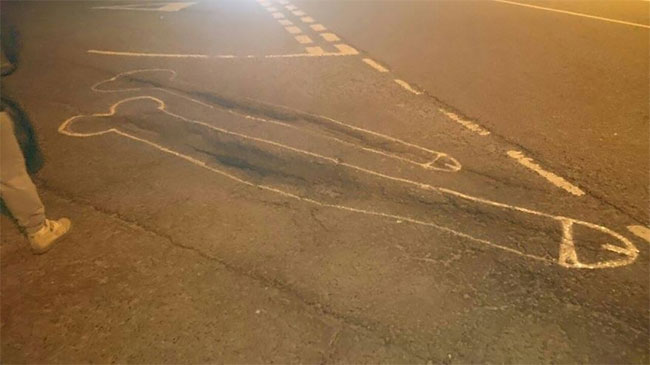 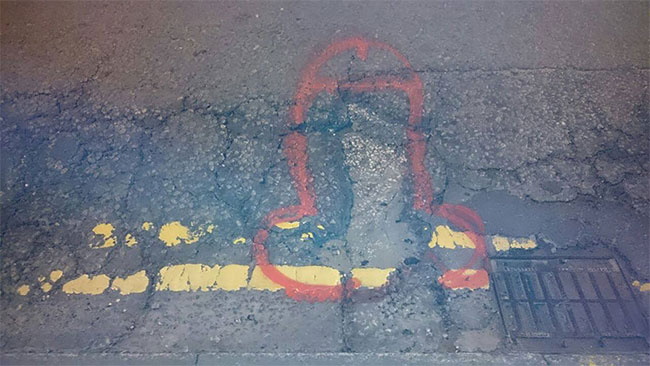 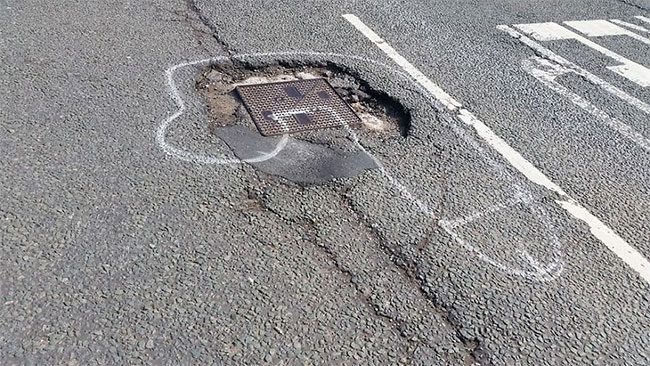 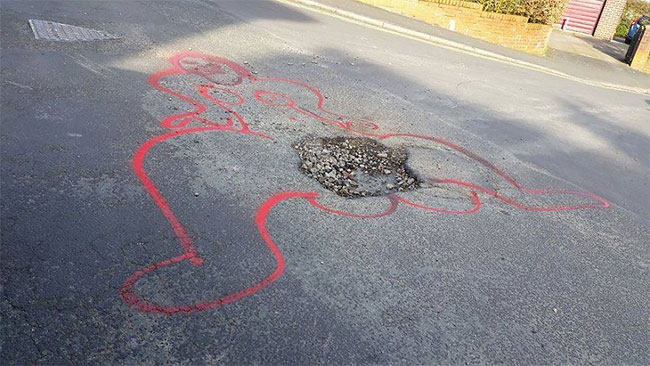 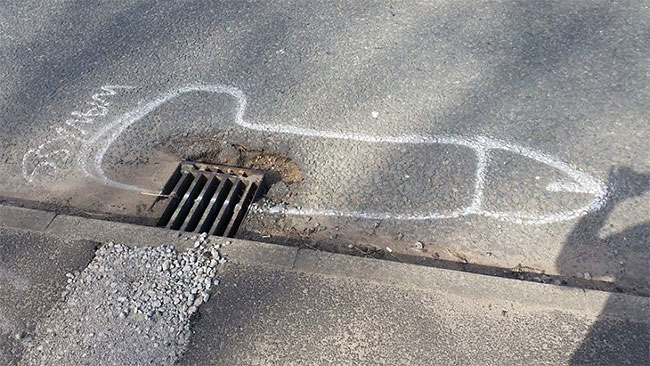 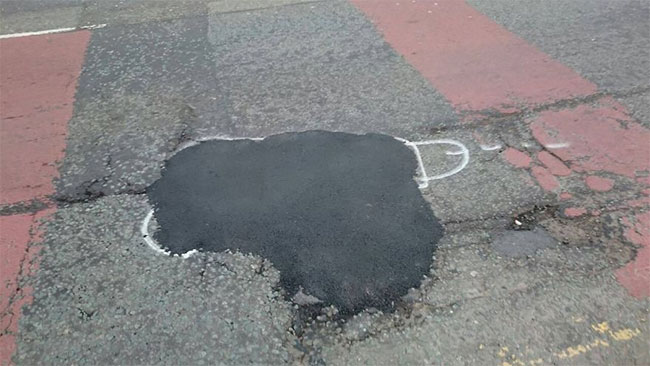 This Artist Pictured His Own Journey Around The US With One Dollar Diary
"Star Wars: Knitting the Galaxy": The Official Star Wars Knitting Pattern Book
S’porean Designer’s S$7 Adobe Illustrator & Photoshop Key Chains Super Popular Worldwide
Swedish Artist Is ‘Vandalizing’ Streets With His Stunning Pixel Art
Nike Sneakers That Are Filled With Holy Water And Blessed By A Priest Sell Out Just Minutes After The 'Jesus Shoes' Were Released
When Does Food Cross The Line And Become Art?
"The Value of Food: Sustaining a Green Planet" Exhibition at the Cathedral of St. John the Divine
Adorable Felt Toy Specimens Are Unusual And One-Of-A-Kind
Andrey Lukovnikov's Double Exposure Tattoos Inspired By The Digital Era
Turns Out, CPR Doll’s Face Is A Copy Of 19th Century Drowned Woman’s Face
Source of inspiration since 2007. Proudly hosted by WebHostingBuzz.
Privacy Policy · Terms of Service · Content Removal Policy 🇺🇦 ❤️