What If World Political Leaders Were Cars?

Many politicians are often better known for the image they present rather than the policies they support. If a leader doesn’t look sharp, perform well and make all the right noises, they have very little chance of being elected. The same could also be said of cars – they have to look the part, feel the part and sound the part before any customers will take them seriously. 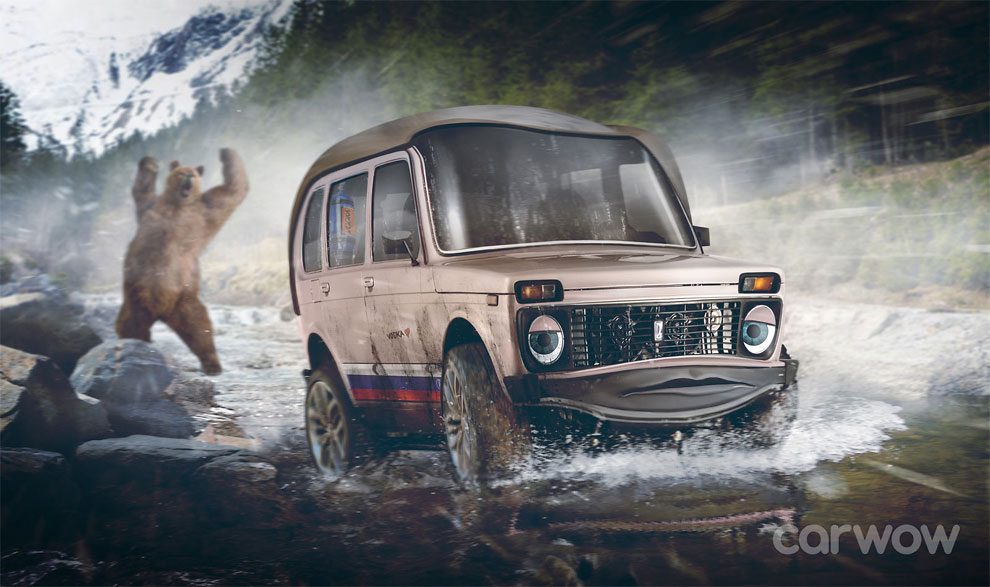 Believe it or not, the Lada Niva off-roader is still on sale despite being based on a decades-old design, being woefully unequipped for modern life and approaching situations with the sophistication of a lump of granite. 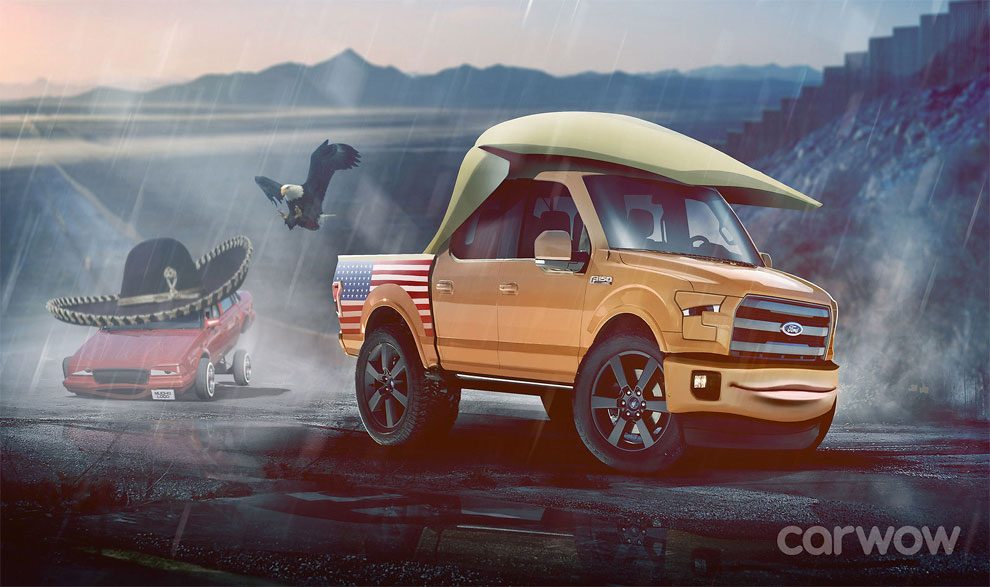 Unquestionably the loudest voice in the 2016 American Presidential campaign, Donald Trump is a brash character unconcerned with what others think of him. 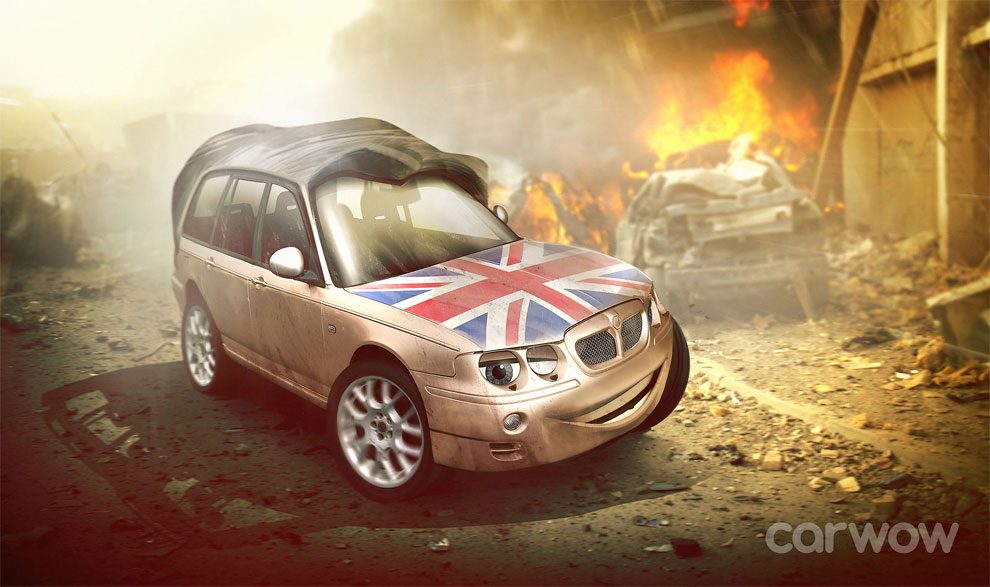 The MG ZT was not universally loved – built in an awkward relationship between the failing British manufacturer and BMW, this twilight model left a bad taste in the mouth. The V8-powered ZT-T 260 puts us in mind of another ’90s throwback – Tony Blair – who, despite promising early signs, lost public favour when he backed entering a wildly unpopular war in Iraq. 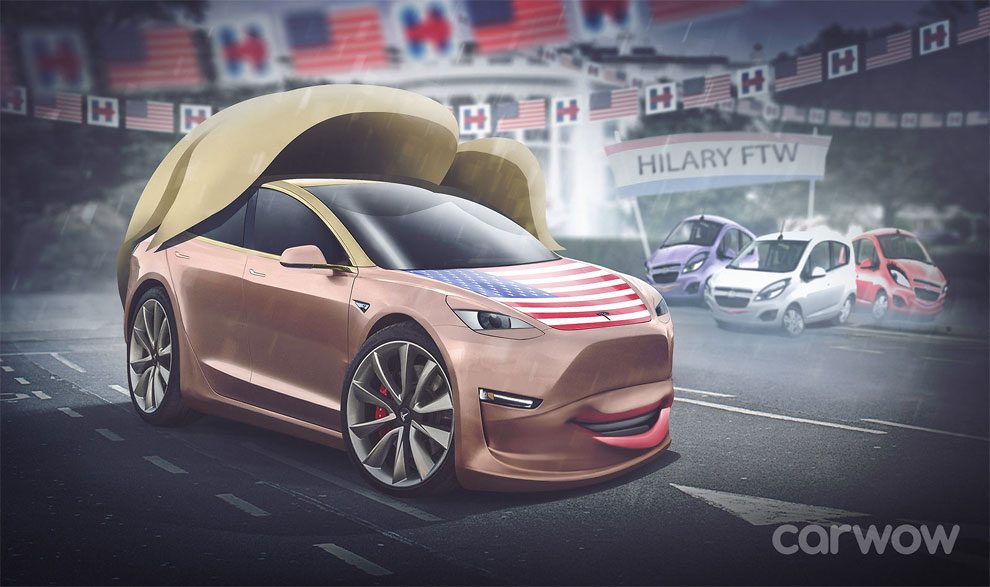 Hillary Clinton could very well become the first female President of the United States – a lofty promise we hope she can deliver. Just like we hope Elon Musk’s dream of an affordable electric car can become reality, too – the Tesla Model 3 promises to be the most affordable route into premium zero emissions motoring yet offered. 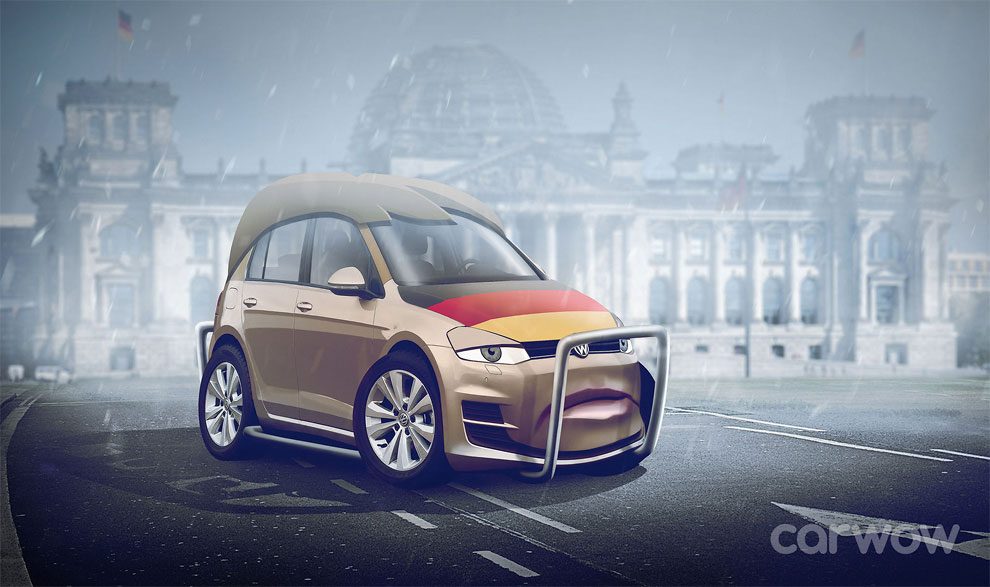 Efficient, effective, utterly uninteresting? This description applies equally well to the Volkswagen Golf or German Chancellor Angela Merkel. Both are symbolic of the kind of solid, consistent and sensible character that defines their nation and although neither is likely to get your pulse racing – sorry Mr Sauer – both get the job done in the most Germanic way possible. 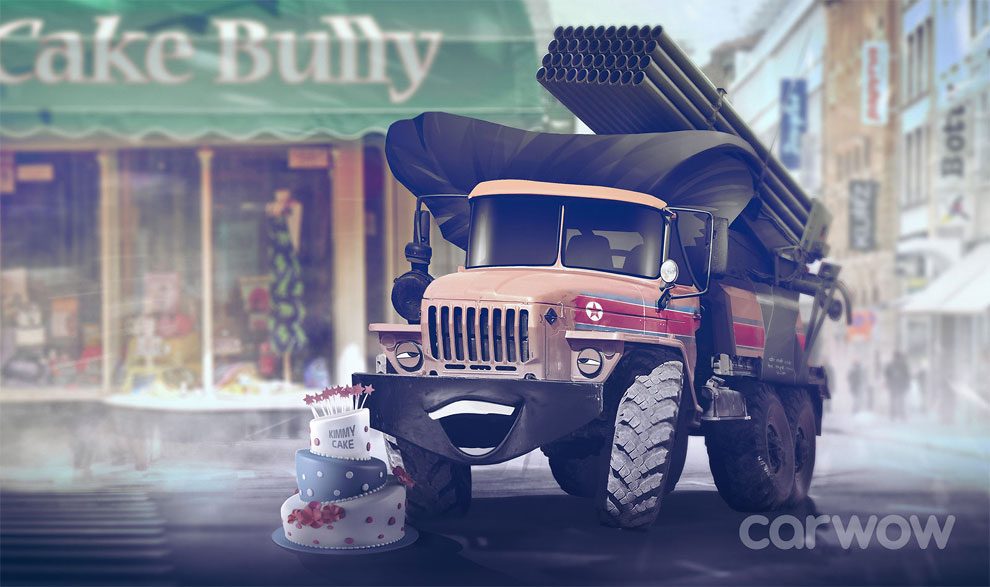 Aside from Mr Putin, the next most likely person to bring about nuclear annihilation is North Korea’s lovable Supreme Leader, Kim Jong-un. A noted lover of cake and of pointing at things, Mr Kim is notorious for conducting international relations with the subtlety of a massive truck with rockets strapped to it – somewhat like the Ural 4320. 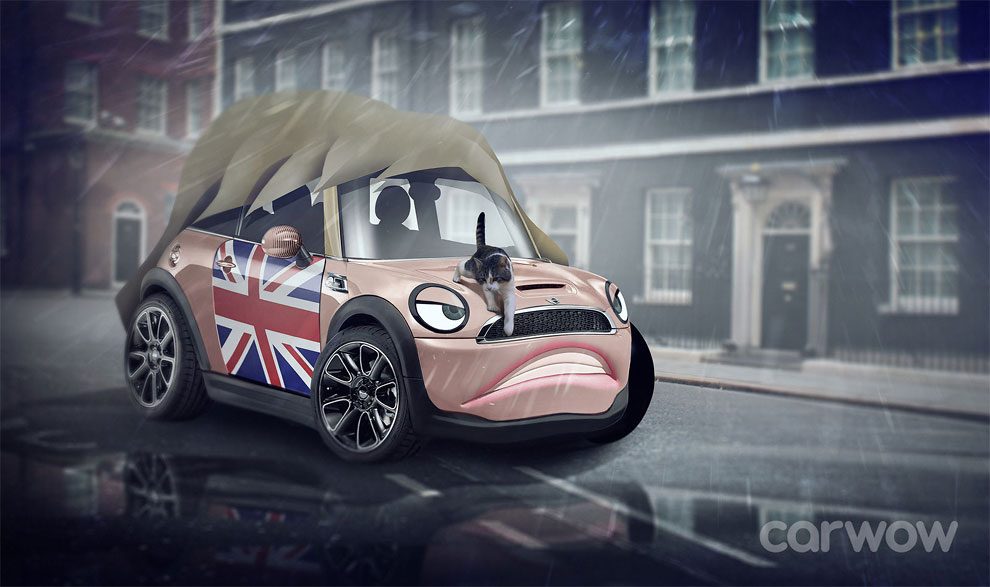 Both the Mini hatchback and Theresa May are stuck with the legacy of their predecessors. Whether Mrs May can emulate the Mini in being noticeably better with each successive generation, however, remains to be seen. 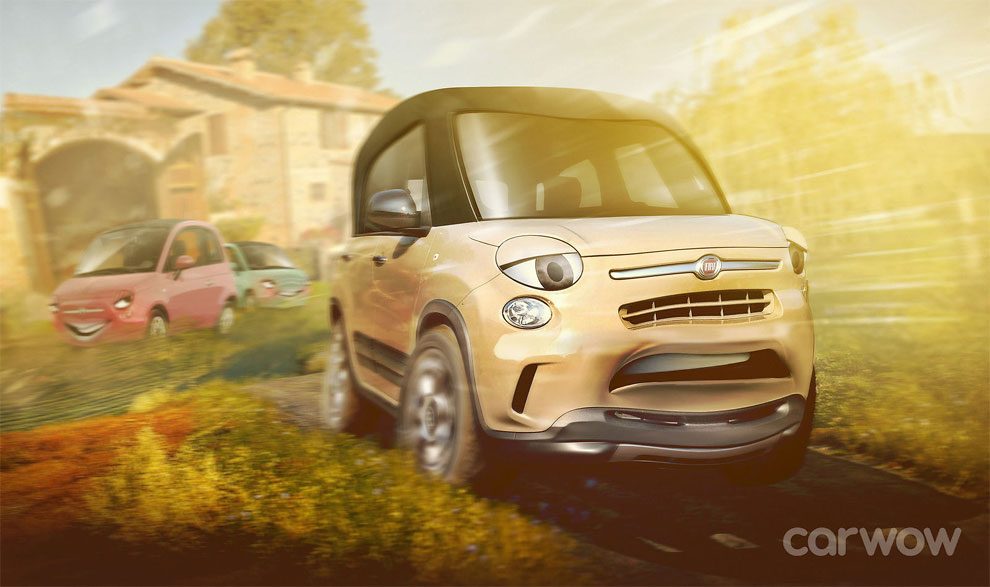 Although he hasn’t been in power for a few years now, Italy’s political scene has been permanently shaped by Silvio Berlusconi. Physically repulsive, ethically dubious and wildly underperforming, the Fiat 500L seems a perfect match for Italy’s most controversial leader. 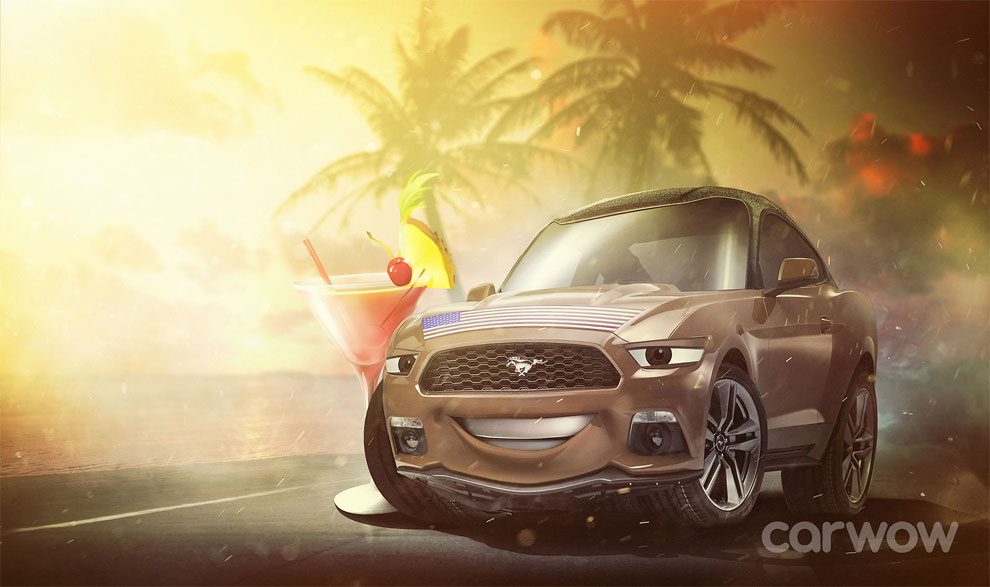 The latest Ford Mustang has done everything in its power to ingratiate itself with markets outside North America – including introducing a proper right-hand drive version for the UK. Similarly, President Barrack Obama is unquestionably the most globally popular leader the USA has had in recent memory – now in the twilight of his term, we can’t blame him for cracking out a cocktail on a Hawaiian beach and kicking back. 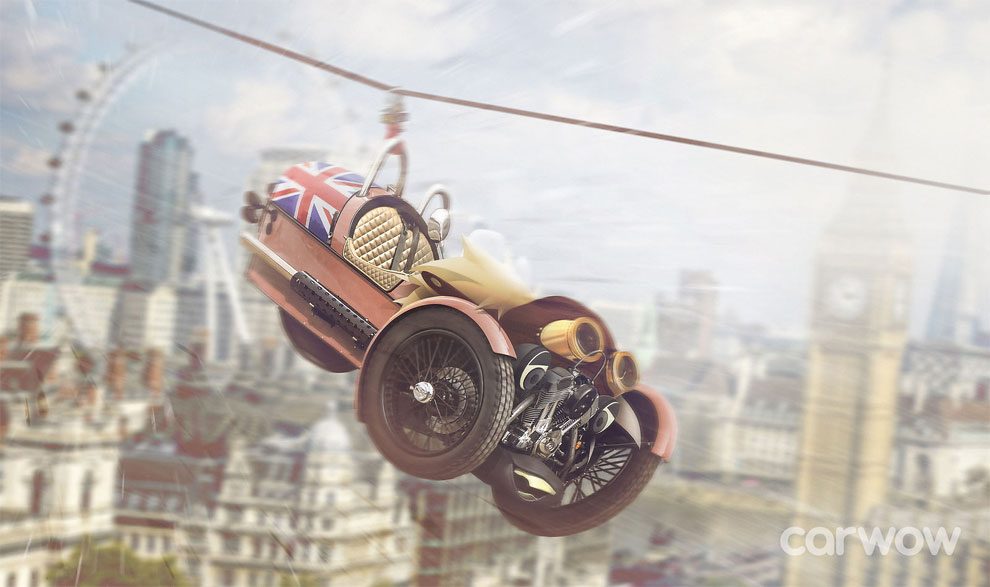 Picking just one highlight of Boris Johnson’s career as Mayor of London is impossible – from bulldozing a small Japanese child on the rugby pitch, to getting stuck on a zip wire promoting the Olympics, he’s never failed to raise eyebrows. Just like the Morgan 3-Wheeler did when it first arrived – a three-wheeled toy for the price of a proper sports car?