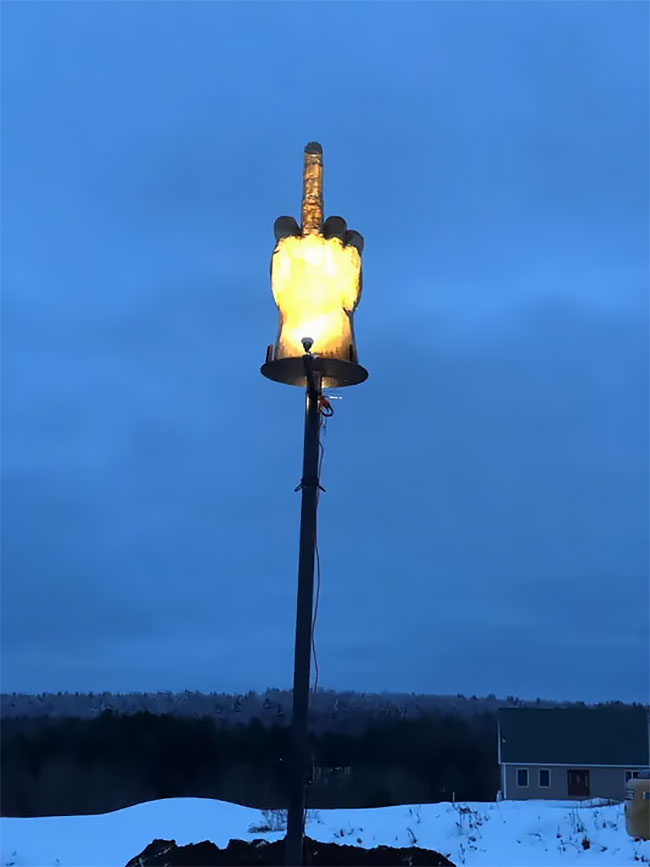 A Vermont man locked in a bitter dispute with the town of Westford decided to take matters into his own “hand” in December — by erecting a giant statue of a middle finger for all to see, NBC 5 reported.

“I’m fed up and it was time to do something,” Ted Pelkey said, according to the station.

The statue is a large hunk of carved wood that looks like a hand flipping the bird. Pelkey placed it on a high pedestal so it could be seen from the road, and surrounded it with floodlights to keep it illuminated at night.

The sculpture cost him $4,000 and is made of a 700-pound block of pine, the Burlington Free Press reported. The unusual display comes amidst what Pelkey said was an ongoing dispute with the city over his plans to build a large garage and move his business to his property. 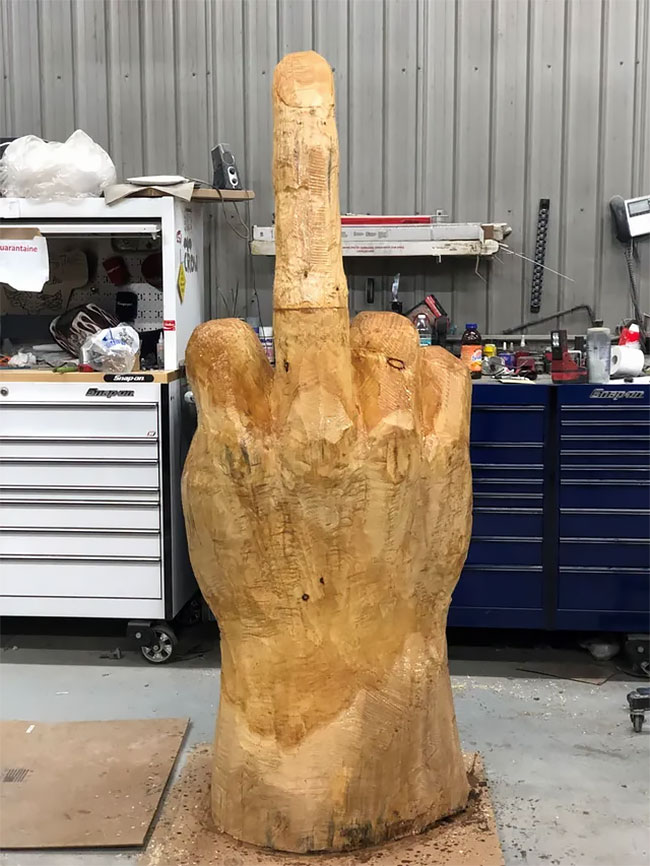 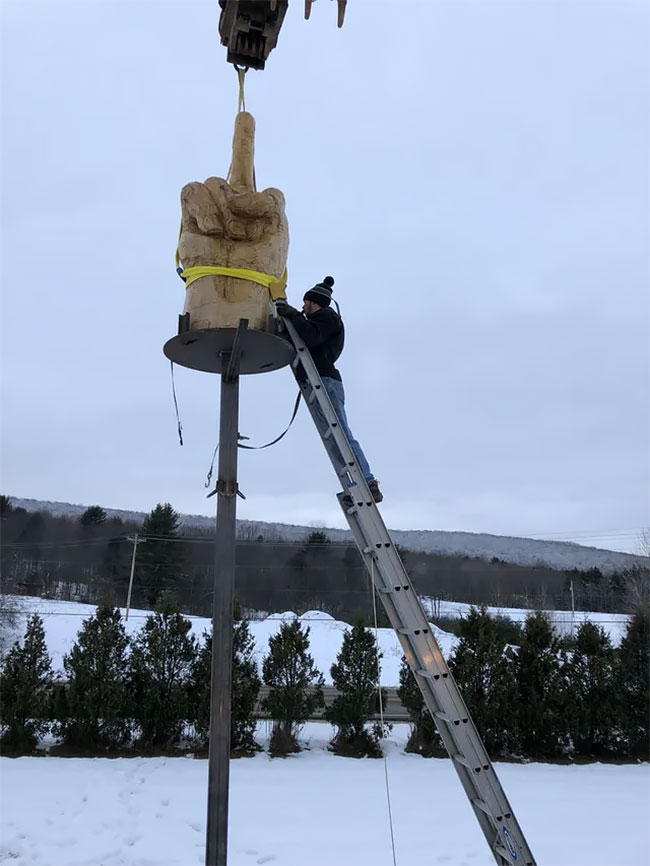 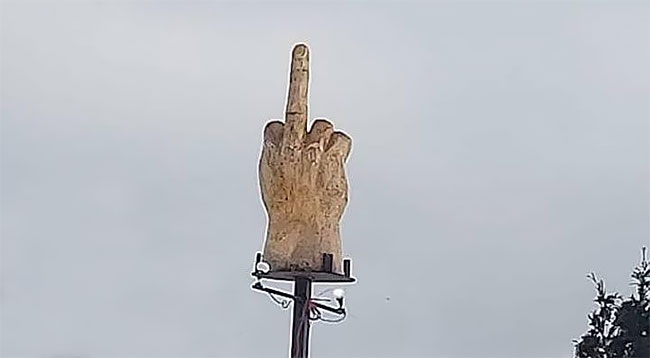 Iconic New York City Buildings Are The Pieces In This Chess Set
"The Value of Food: Sustaining a Green Planet" Exhibition at the Cathedral of St. John the Divine
Wood Sculptor Creates Sculpture Of A Submerged Man With A Pixelated Glitch
With This Ride-On Trump Costume It Looks Like Donald Is Giving You a Piggyback Ride
Traditional Family Statues On The Streets Of Russia
Rude Message To Donald Trump Appears As A Crop Circle On Stoke Mandeville Farm
China's Famous 'Face-Kini' Gets Porcelain-Inspired Facelift
This Aston Martin Interior Design Is a Thing of Beauty
“Leave Me Alone Sweater” By Ruth Grace
Compare Orcs And Their Actors In “Warcraft: The Beginning”
Oven Mitts With Swear Words: The Best Cooking Tool Since Wine
So Teeth-Nails Exist… And It Gets Even Worse…
A Chair With An Integrated Running Wheel Was Invented For Cat Lovers
The Fascinating World of Japanese Matchboxes - Vintage, Simple, Elegant
Nordstrom Is Selling Jeans Caked In Fake Dirt For Hundreds Of Dollars
This Modern Cat Tree Designed To Feel Your Cats At Anytime
This Tattoo Artist Specializes in ‘Secret Tattoos’ on the Roof of the Mouth
Expansive Black And White Patterns Mixed With Chrome Color Spectrums In Murals By Felipe Pantone
Ukrainian Artist Continues To Remove Makeup From Dolls To Repaint Them In A Very Realistic Way
The Paul Milinski Retro Futuristic Dreamscapes Are Serenity Manifest
52-Year-Old Filipino Driver Uses Aluminum Wires To Create Amazing Works Of Art
Self-Taught Sculptor Creates Incredible Realistic Sculptures And Dreams Of Becoming The Modern Michelangelo
Copenhagen: Wireless Speaker So Good, You Want To See It, Hear It And Never Let It Go
Zero Fucks Coins Allow You To Literally Give Zero Fucks
finger, middle, statue, Ted Pelkey, Vermont