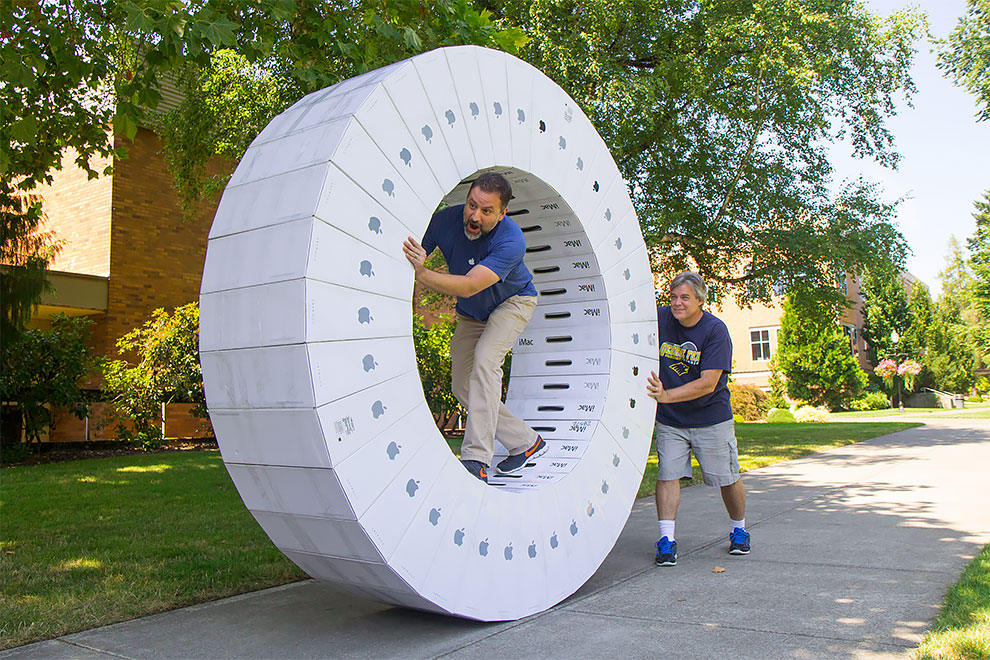 This is what happens when you have a boring ass job.

It all started with 36 cardboard boxes, a few rolls of packing tape and one big idea. For more than a year, systems administrator Mike Campadore had been stashing away iMac boxes whenever the university ordered new computers, noting that the slightly angled shape of the boxes could create a giant wheel if he collected enough of them. He thought it might make a fun toy for his daughter. The result, however, was something no one expected – a viral photo and video that would reach millions around the world.

It all started inconspicuously enough when, on a sunny Friday afternoon in July, Campadore asked IT coworker Rich Bass to help him complete the wheel and the two rolled it out on the quad for a spin. A photo shared by the university marketing department on Facebook quickly found its way to Reddit, Imgur, Tumblr and Twitter, where it went viral, viewed more than 3 million times within hours. 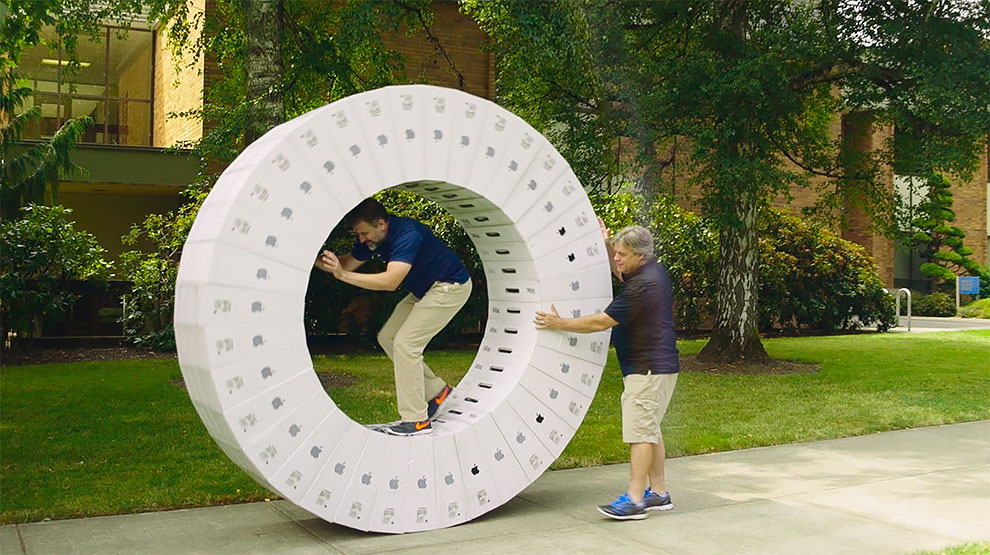 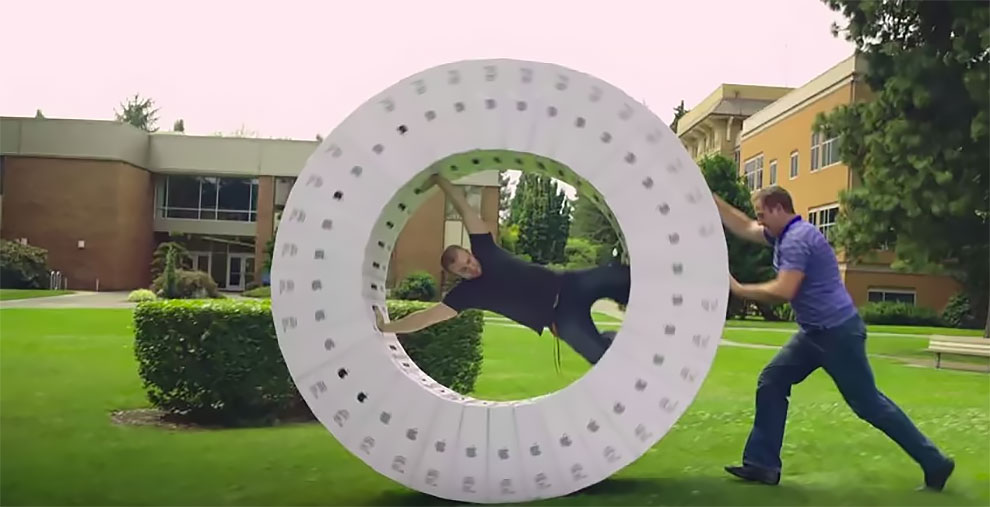 The “iWheel” weighs 120 pounds and was initially just a photo. Then when the Internet caught wind of what was going down, they demanded to see a video:

Soon Photoshop hobbyists began inserting what became known as the “iWheel” into a variety of scenarios, from running with the bulls to scenes from movies like Ben-Hur and Interstellar: 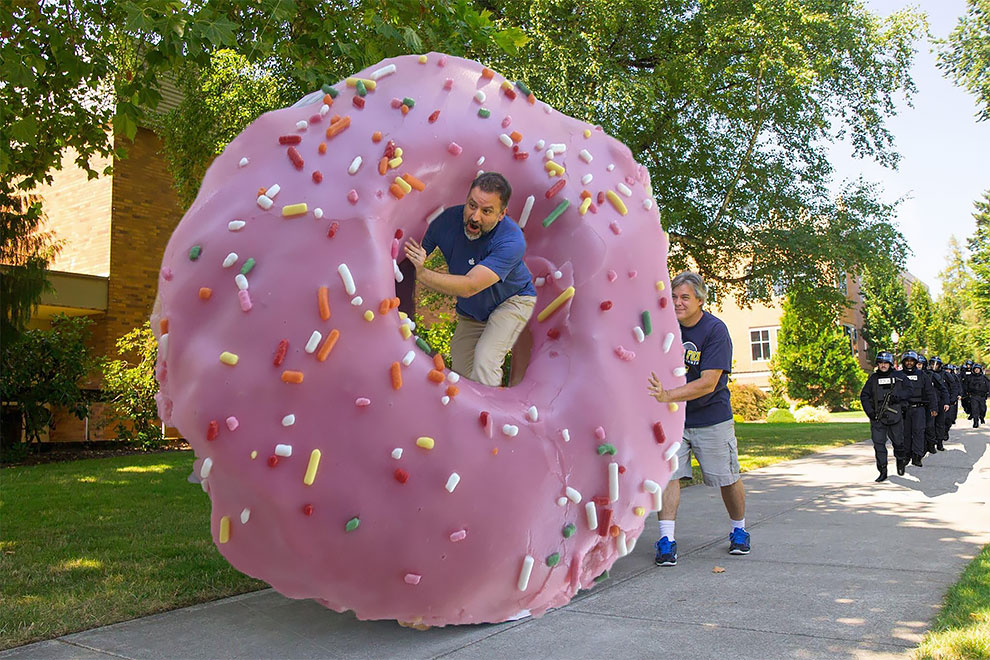 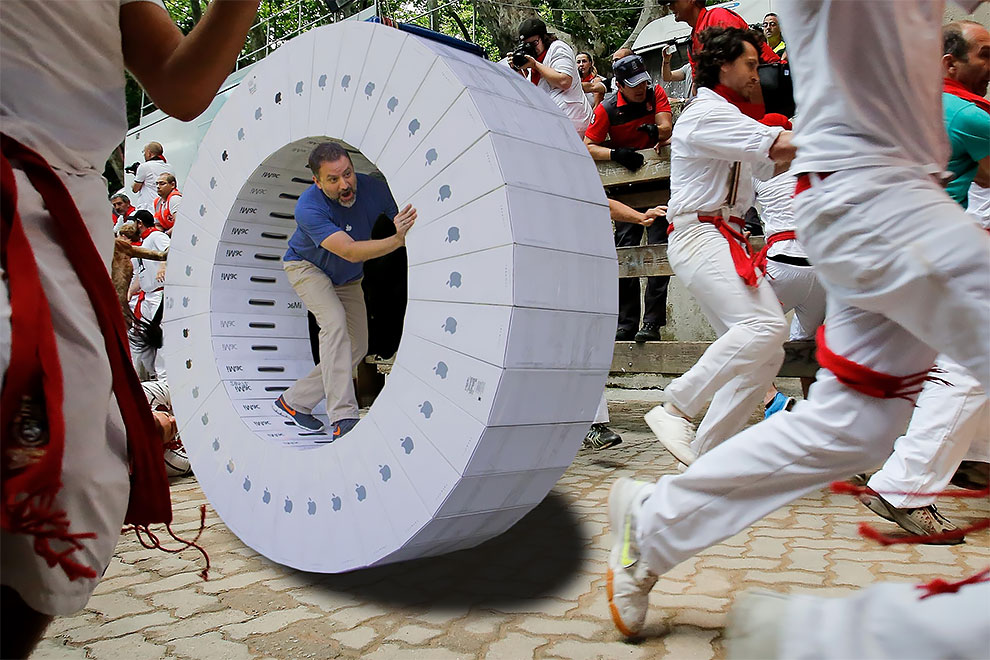 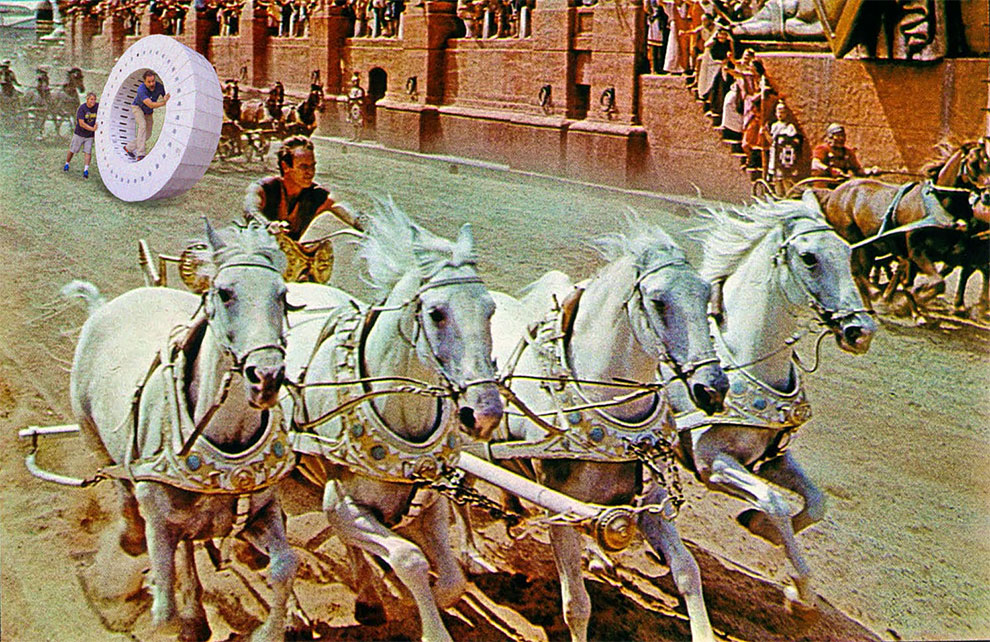 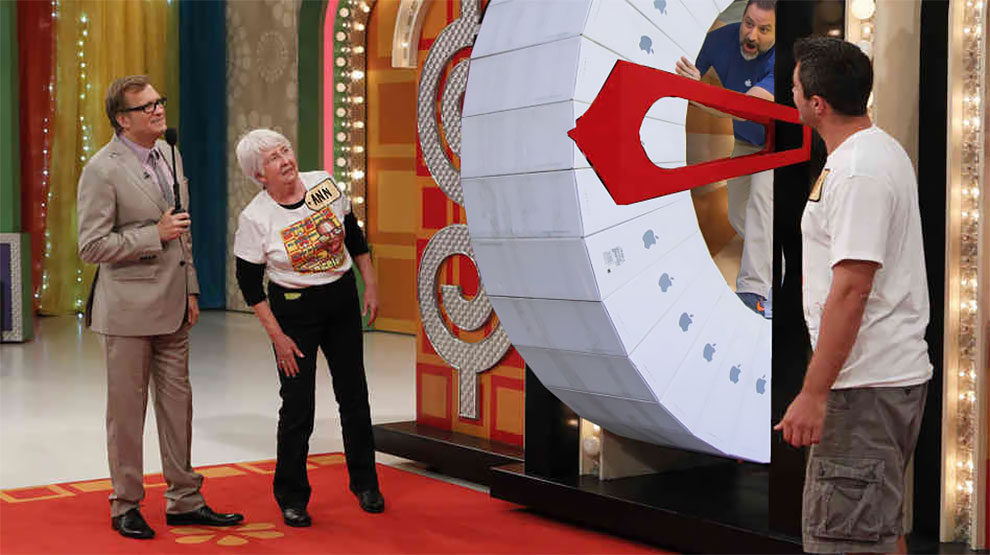 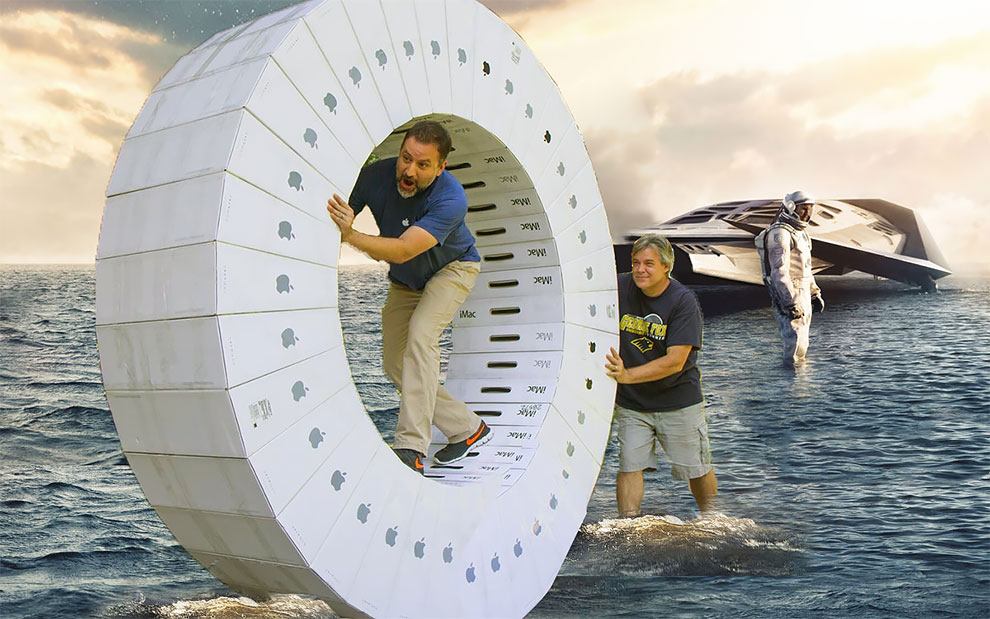 Stunning and Rare Images of The 1935 Adler Diplomat 8 Wheels
Watch Parts Motorcycles
Russian Craftsman Shapes Wooden Motor Tricycle
Indonesian Man Creates a ‘Bionic Arm’ from Scrap Metal
Collider Exhibition at the Science Museum in London
The Supertrain Of 1979 Will Blow Your Mind
Little Girl Declares Her Love For Abandoned Water Heater On The Street That She Thinks Is A Robot
Futuristic Solar-Powered Tree "eTree" In Israel
The Most Appealing and Performing Electric Cars of 2011
Collar AG - A Wearable Device For Surveillance By XCEED
Source of inspiration since 2007. Proudly hosted by WebHostingBuzz.
Privacy Policy · Terms of Service · Content Removal Policy 🇺🇦 ❤️