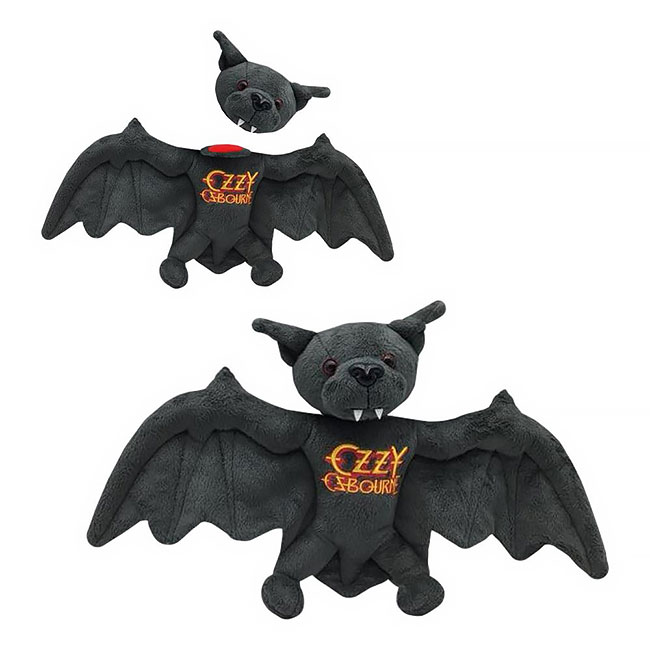 To celebrate the 37th anniversary of biting the head off a dead bat that was thrown on stage at a Des Moines, Iowa concert (and make some money in the process), this is the $40 *spit-takes blood* 12-inch bat plushie with removable head available from Ozzy Osbourne’s online store.

The story of the bat biting from a January 22, 1982 article in the Des Moines Register for those of you who are blissfully unfamiliar:

“Osbourne reportedly put a dead bat in his mouth, bit its head off and threw it back into the crowd of about 5,000 at the auditorium Wednesday night.

Some skeptics think the whole thing was a publicity stunt – even the taking of the first of a series of five rabies shots at a Des Moines hospital after the concert. But Mark Neal, 17, of Des Moines said he threw the dead bat onto the stage, saw Osbourne pick it up, bite its head off and then throw it into the audience.

“It really freaked me out,” Neal said. “I won’t get in any trouble for admitting this, will I?”

After the show, Osbourne went to Mercy Hospital Medical Center, and was referred to Broadlawns Medical Center because rabies vaccine was available there.” 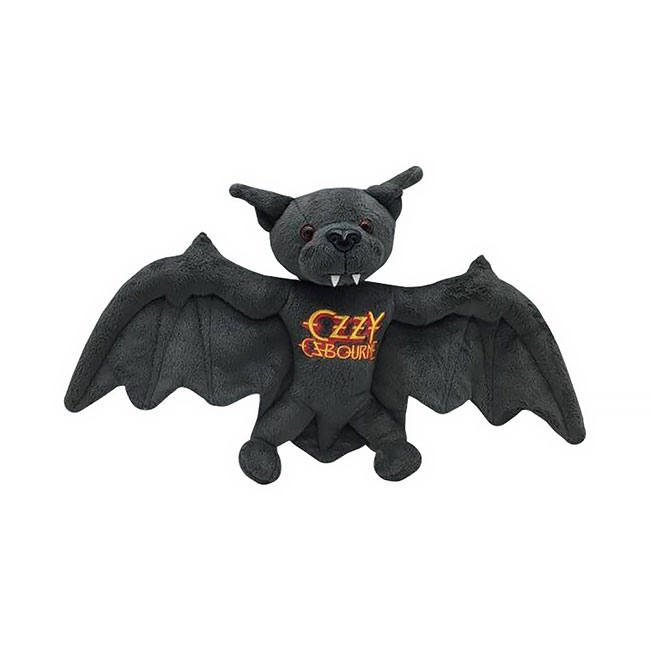 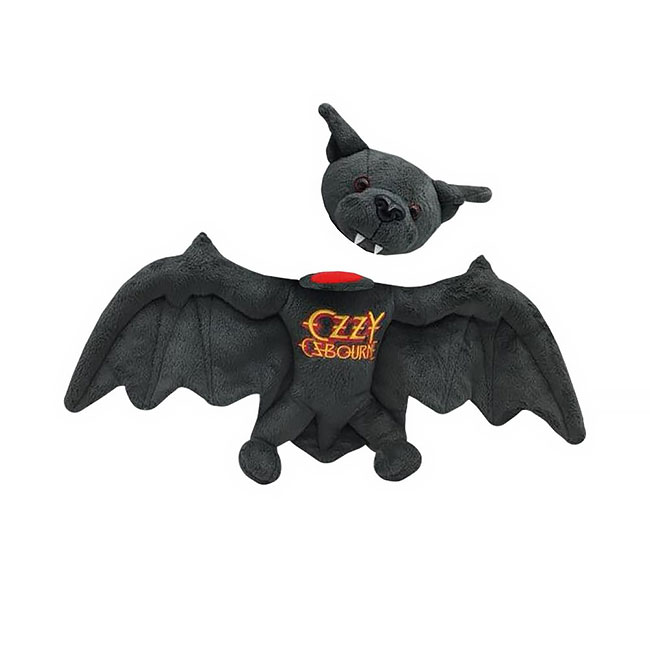 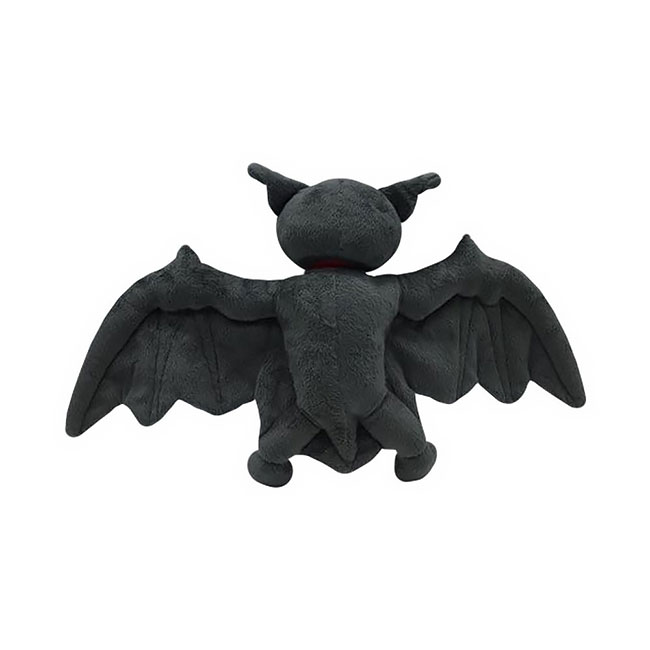 The Impressive Surreal Body-Painted Illusions of Hikaru Cho
In Berlin, There Was A Giant Mona Lisa
Layered 3D Sculpture Came To Life Using Customized Facebook 3D Photo
German Swat Team Members Get Chain Mail Like Anti-Knife Equipment
50 Obsolete Things To Prove How Much The World Has Moved On And Changed
Portuguese Street Artist Unveiled A Giant Rabbit Made Of Trash On The Streets Of Vila Nova De Gaia In Portugal
Everything Rust On This Poster In 30 Days... Except The Product
Sculptor Ken Kelleher Digitally Reimagines Public Spaces with Abstract Art
Drinking Glasses That Turn Into “Curious Cats Peering Into A Fish Tank” When You Fill Them
Stay Safe & Keep On Dancing: The Dutch National Ballet And G-Star Present Safe Distance Ballet
Source of inspiration since 2007. Proudly hosted by WebHostingBuzz.
Privacy Policy · Terms of Service · Content Removal Policy 🇺🇦 ❤️