Inside the Gruesome Mummies of Guanajuato in the 1950s 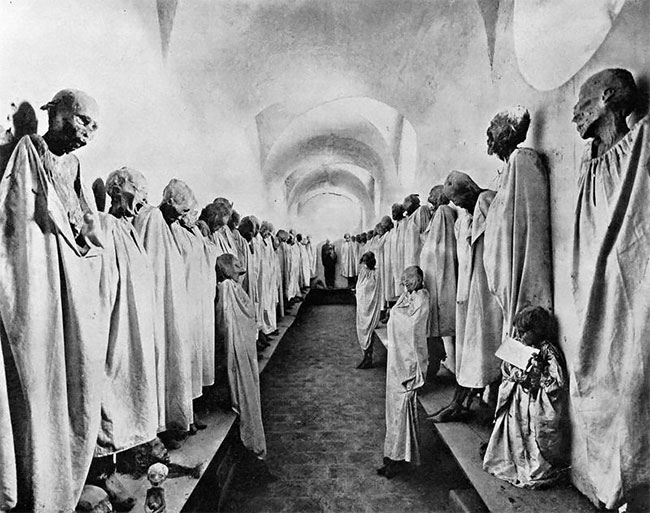 The Mummies of Guanajuato are a number of naturally mummified bodies interred during a cholera outbreak around Guanajuato, Mexico in 1833. 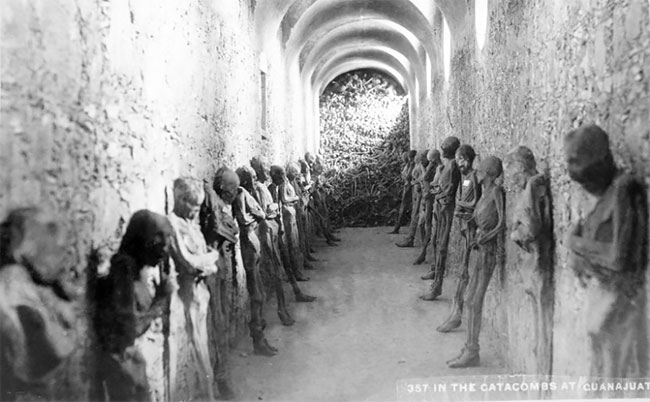 The human bodies appear to have been disinterred between 1870 and 1958. During that time, a local tax was in place requiring a fee to be paid for “perpetual” burial. Some bodies for which the tax was not paid were disinterred, and some—apparently those in the best condition—were stored in a nearby building. The climate of Guanajuato provides an environment which can lead to a type of natural mummification, although scientific studies later revealed that some bodies had been at least partially embalmed. 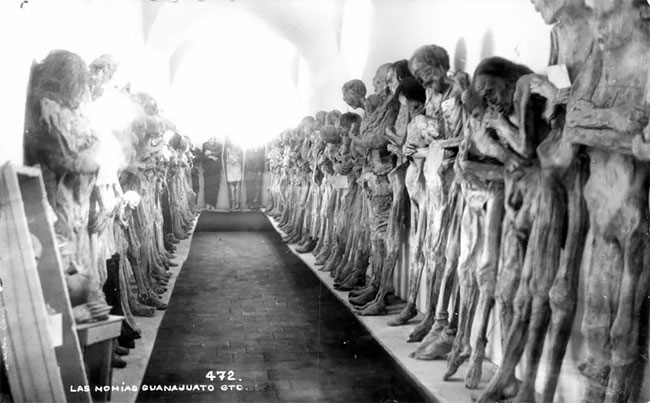 By the 1900s the mummies began attracting tourists. Cemetery workers began charging people a few pesos to enter the building where bones and mummies were stored. 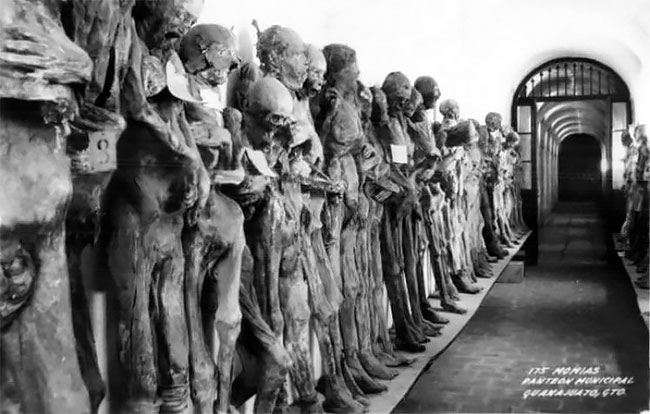 This place was subsequently turned into a museum called El Museo de las Momias (“The Museum of the Mummies”) in 1969. As of 2007, 59 mummies were on display, of a collection that totals 111. 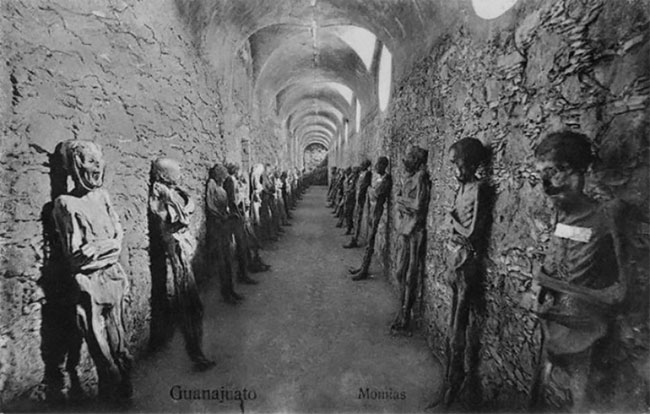 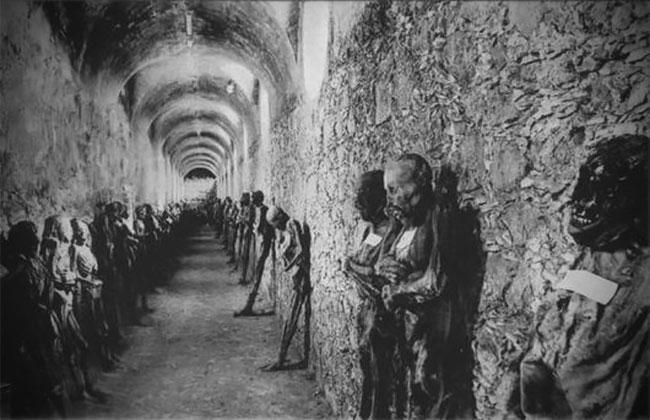 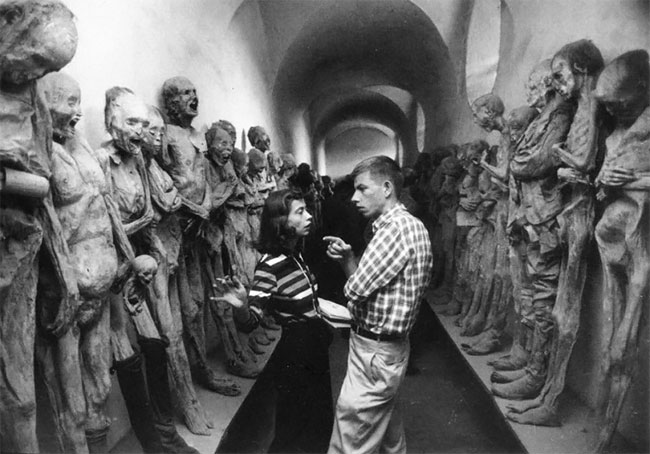 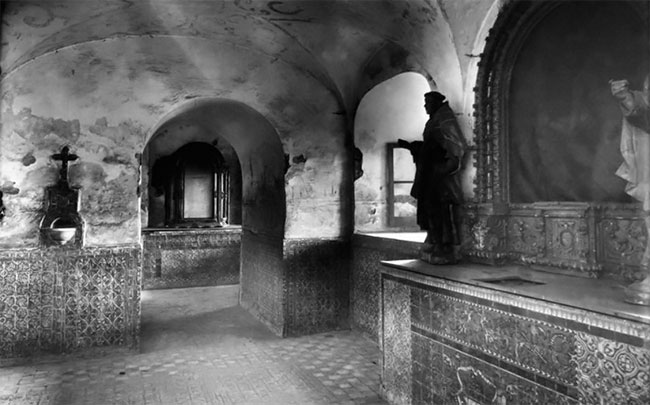 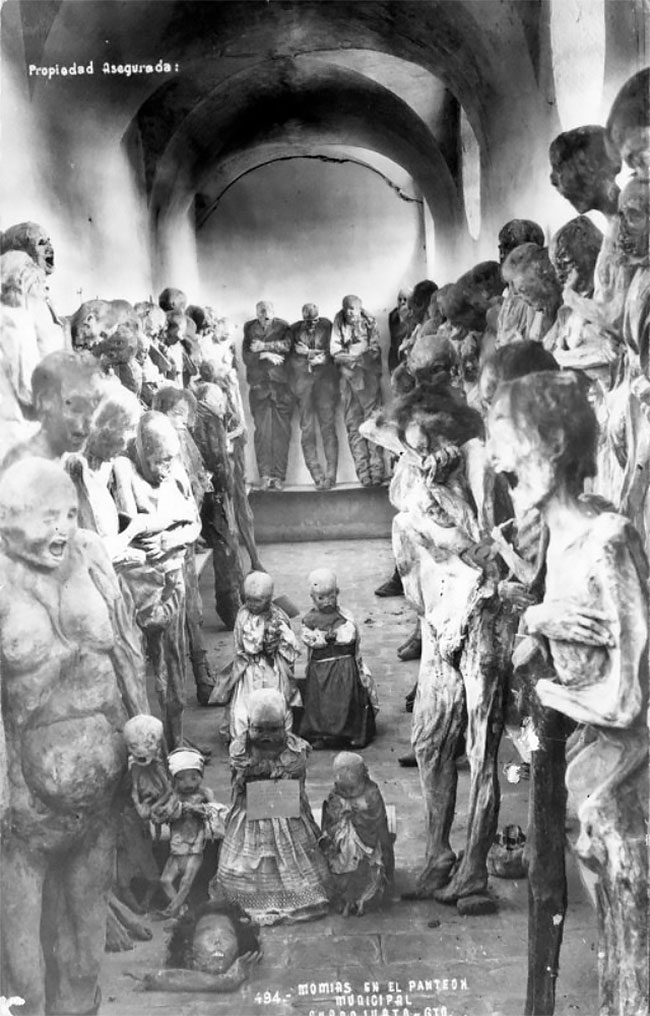 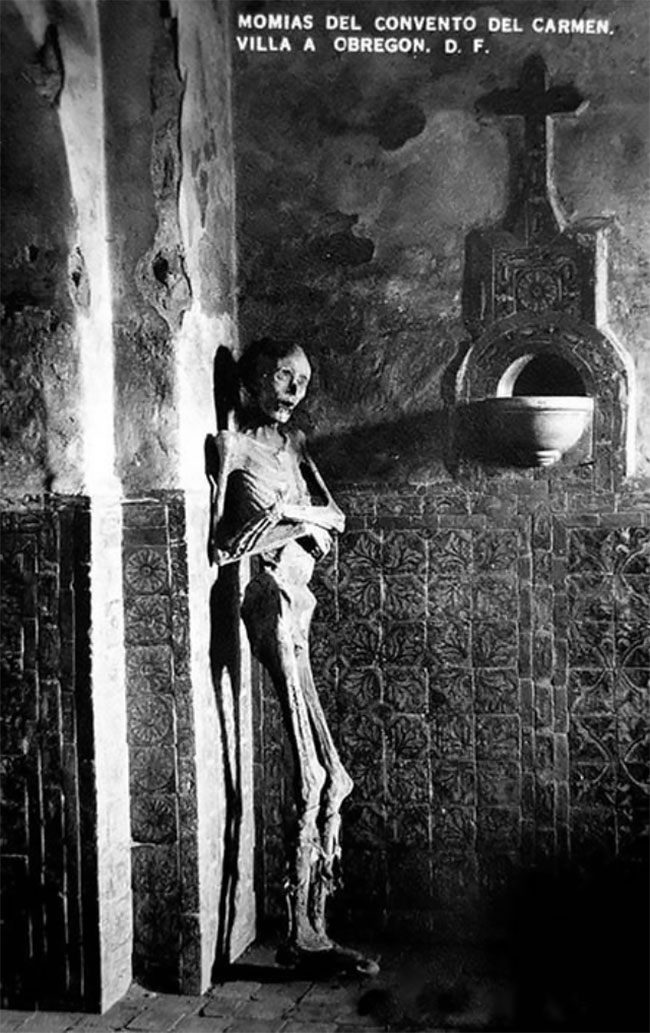 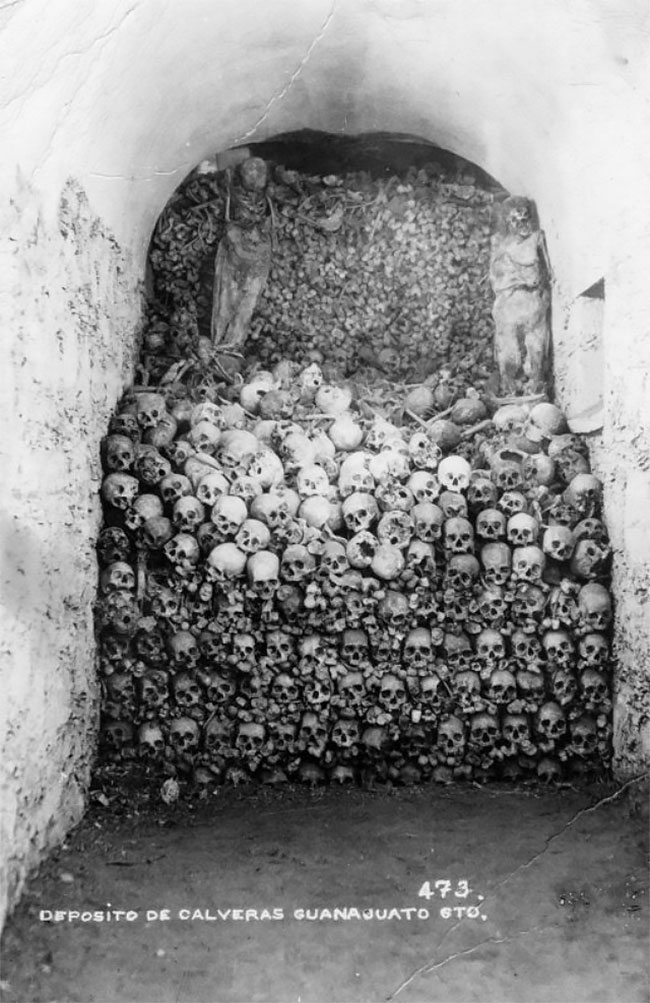 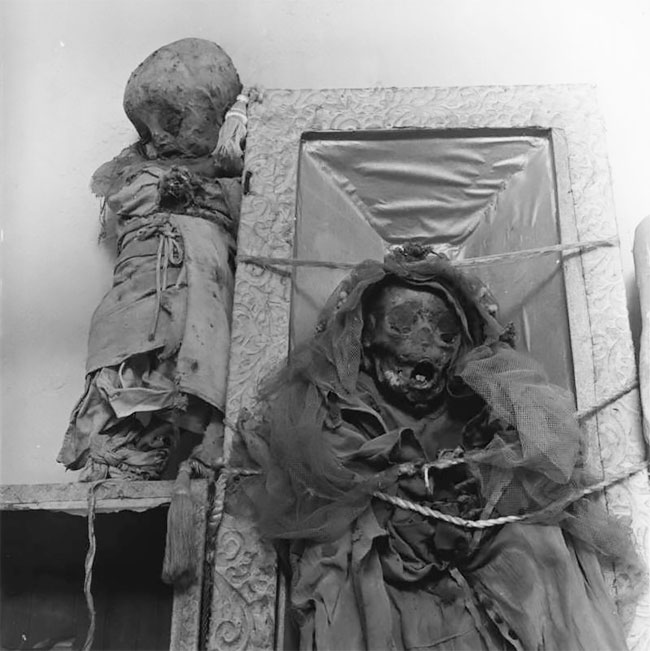 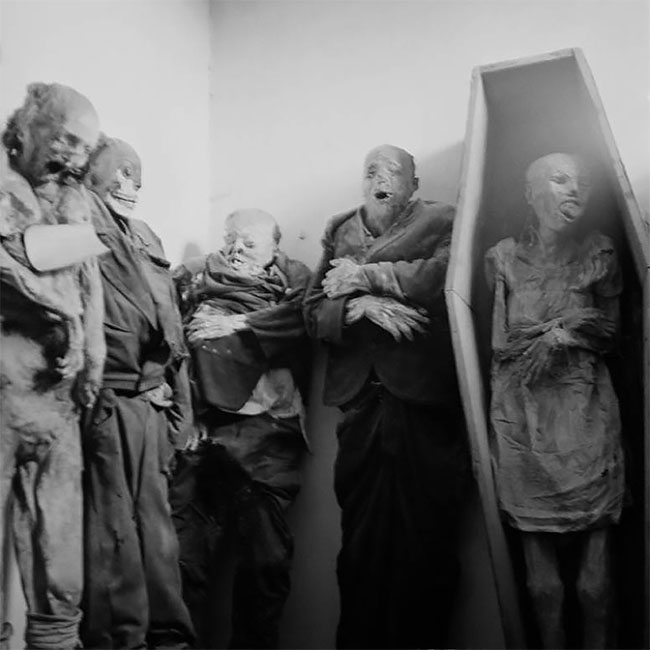 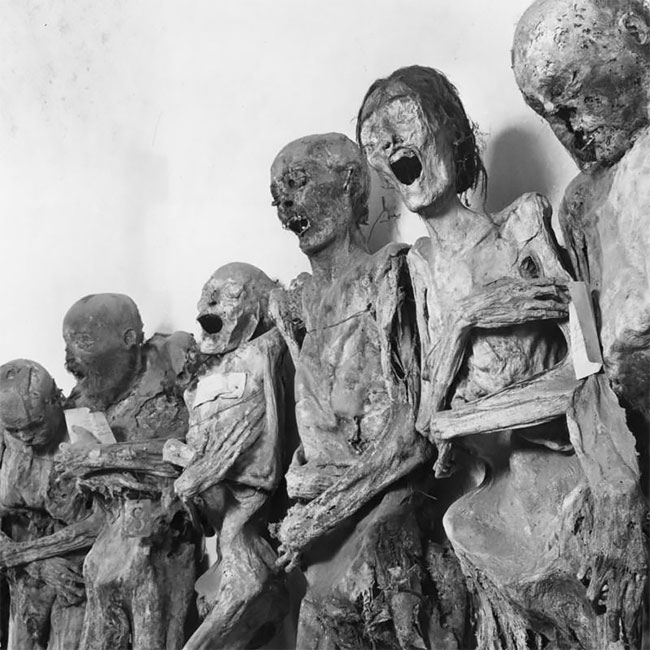 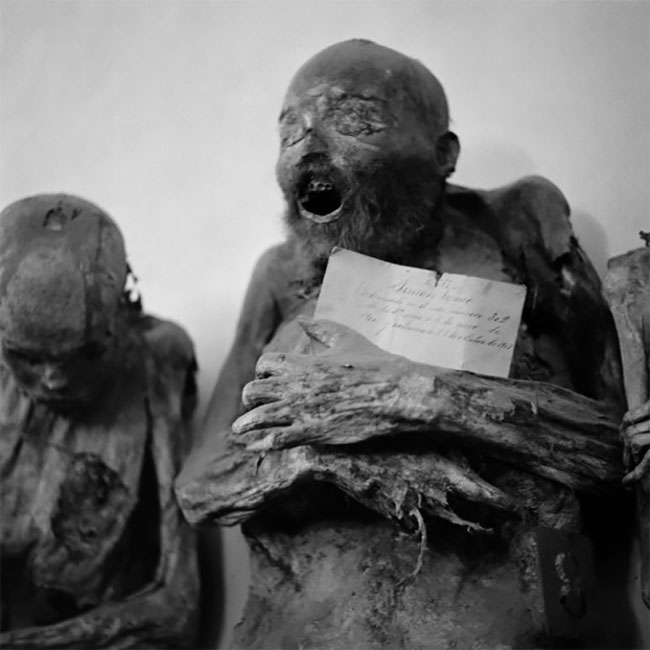 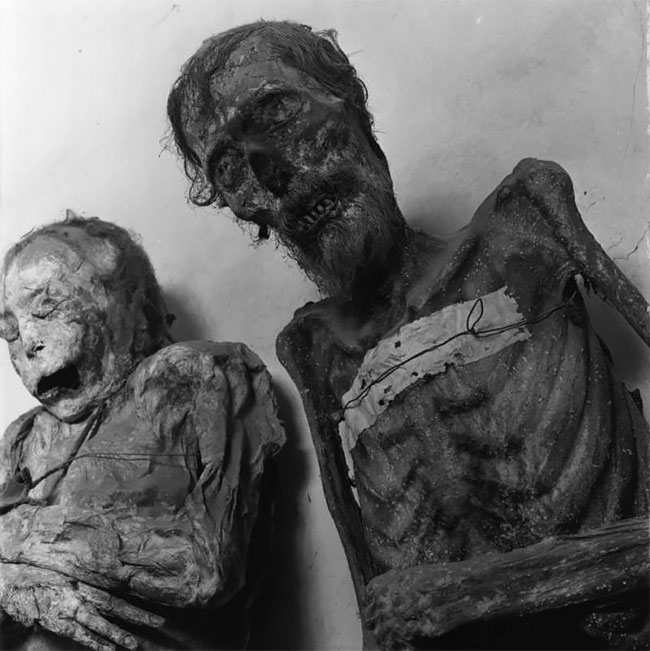 New NASA Discovery Reveals Unprecedented Blooms Of Ocean Plant Life Beneath Arctic Ice
This Bright Pink Bubble-Gum Lake Can Perk Up Your Diet
A Couple Traveled to Croatia to Find "Game of Thrones" Filming Locations in Real-Life
China: Then and Now
This Artist Pictured His Own Journey Around The US With One Dollar Diary
Beautiful Abandoned NYC In Photographs By Will Ellis
Harrogate Autumn Flower Show in UK
Canal Saint-Martin In Paris Reveals Its Secrets
Holi Party Festival in Spain
Outside Van Valhalla 4×4 Camper
This New Restaurant Concept In San Francisco Has No Visible Staff
Surfers Tackle Deadly Waves At Portugal City Of Praia Do Norte
Below The Poverty Line: Living On A Garbage Dump In Cambodia
Couple Finds Big Adventures In A Tiny House
Photographer Creates Inspiring Pictures Showcase The Splendor Of The Natural World, Using People To Highlight The Beauty And Scale Of These Epic Landscapes
Sex Workers Performance in Madrid
Photographer Documented An Empty Mall In NY During Peak Of Coronavirus Outbrake
Cascamorras Festival in Southern Spain
Watch a Plane Take Off from This Runway in the French Alps
Schleicherlaufen Festival in Austria
A 1960s Bedford Panorama Bus Lovingly Converted Into A Traveling Home
Otherworldly Pictures Of Northern Iceland
This Is How Real Psychos Get Unleashed - Moscow’s “Rage Rooms” By The Hour
Breiðamerkursandur – Iceland’s Stunning Diamond Beach
Probably, This Is The World’s Most Peaceful Toilet
Abandoned Sharing-Bikes Create 'Graveyards' In China
GrelkaFest 2019: The Annual Bikini Ski Day In Siberia!
Glamorous Vintage Camper Is Your Midcentury Dream Home On Wheels
World Cup Spikes Amazon Tribal Tourism
Re-Imagine The Bathing Concept: There’s A Floating Sauna On A Lake In Seattle
1950s, Guanajuato, mexico, mummies, museum, retro