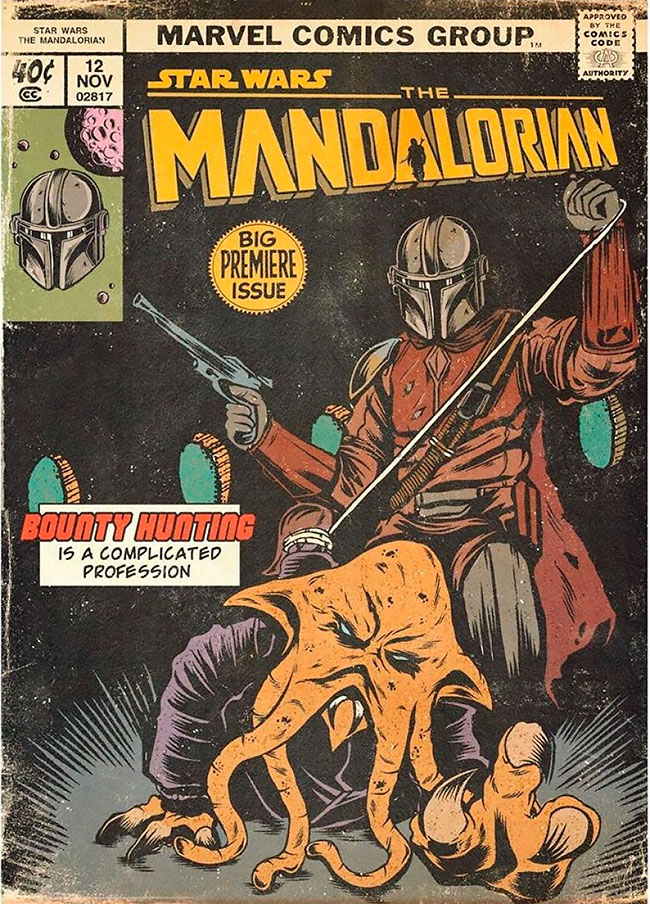 The Star Wars saga of 42 years wrapped up at the end of 2019, but a Disney+ hit show The Mandalorian came to save the day by taking us back to the Star Wars universe set after the fall of the Empire and before the emergence of the First Order. This American space opera gave the fandom a new hope, the legendary baby Yoda and loads of exciting fan art to fill the wait until season 2. 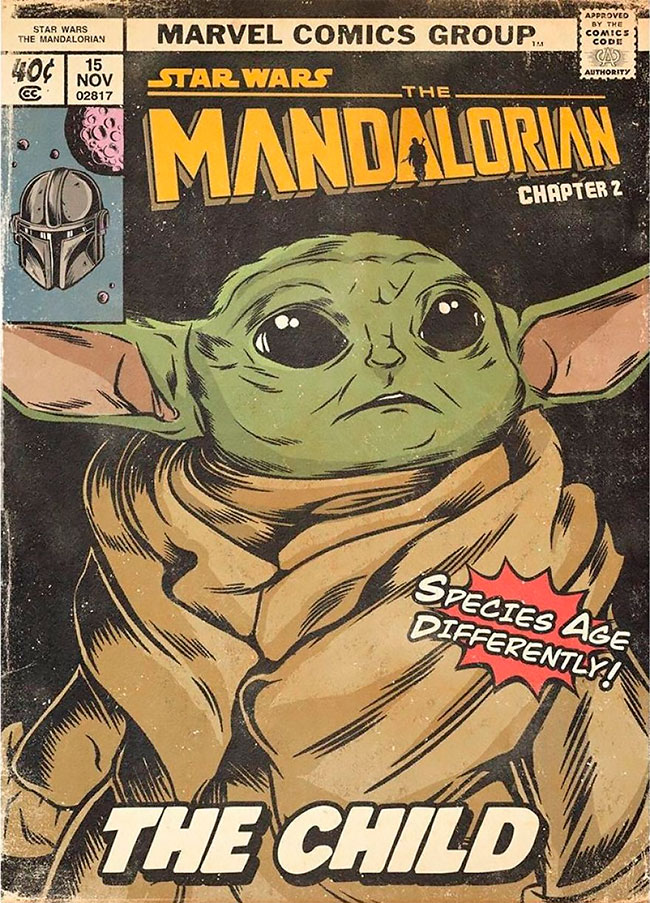 Russian artist Vadim Dvoeglazov, also known as ‘dvglzv’, paid his tribute to the series by reimagining each of the episodes of The Mandalorian season 1 as vintage comic book covers in the style of an old school Marvel Star Wars comic book from the 1970s. These awesome retro illustrations perfectly sum up each episode and would definitely be approved by the Comics Code Authority. A flawless design, character representation and intricate details, like episode titles, quotes or consistent stamps, make it look as if they were real comics. 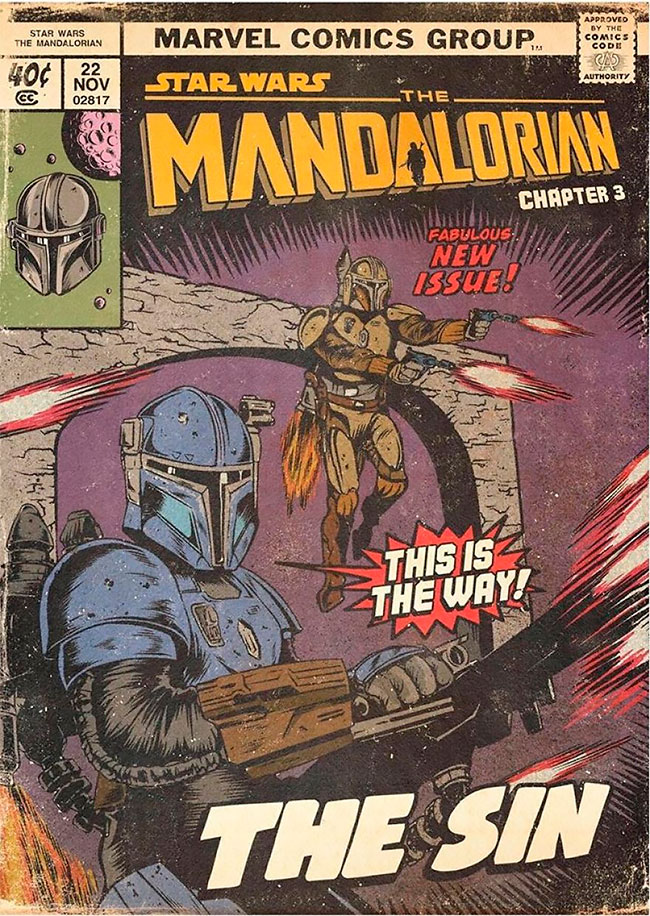 “Since childhood, I was not indifferent to comics and star wars universe. I really love the retro aesthetics of comic books of the 50-80s. I can name Jack Kirby as my inspiration. I often use his drawing style for my work,” the artist told Bored Panda. 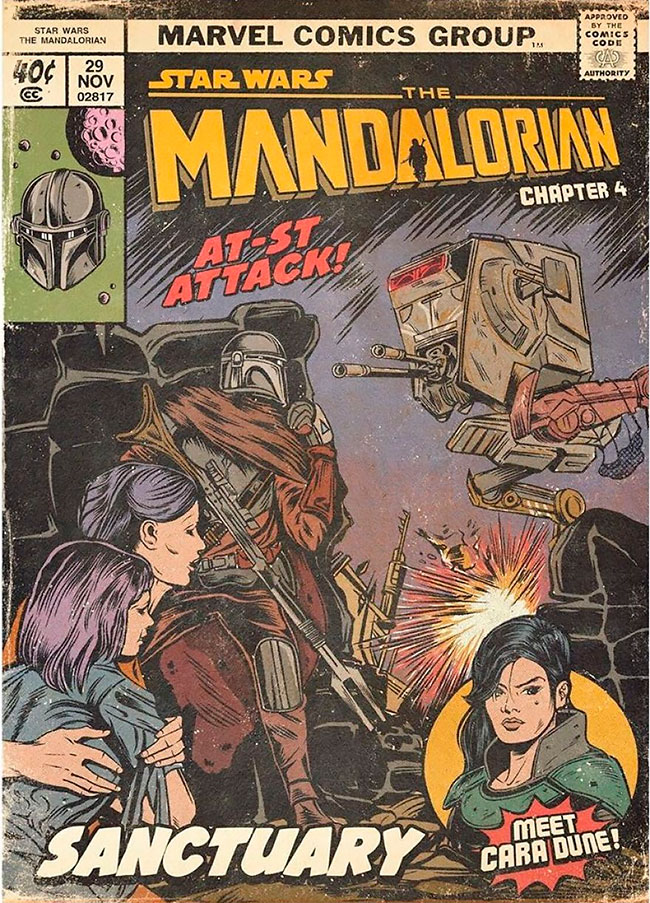 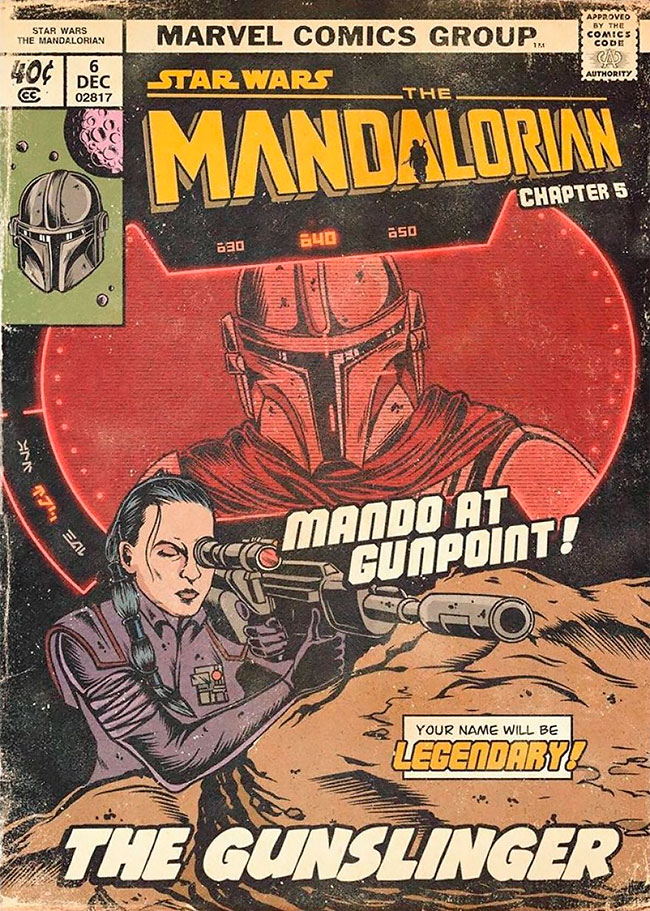 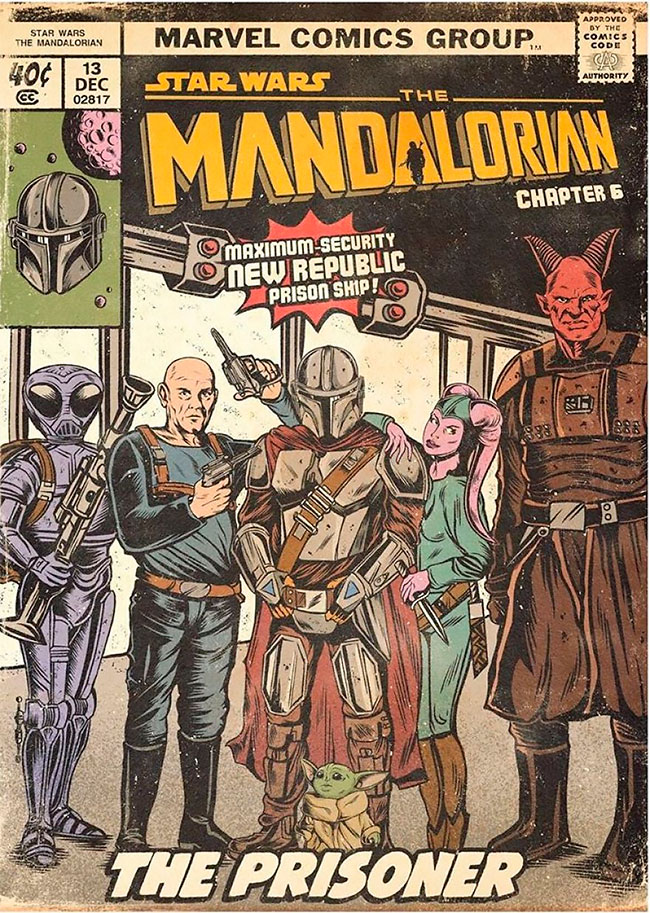 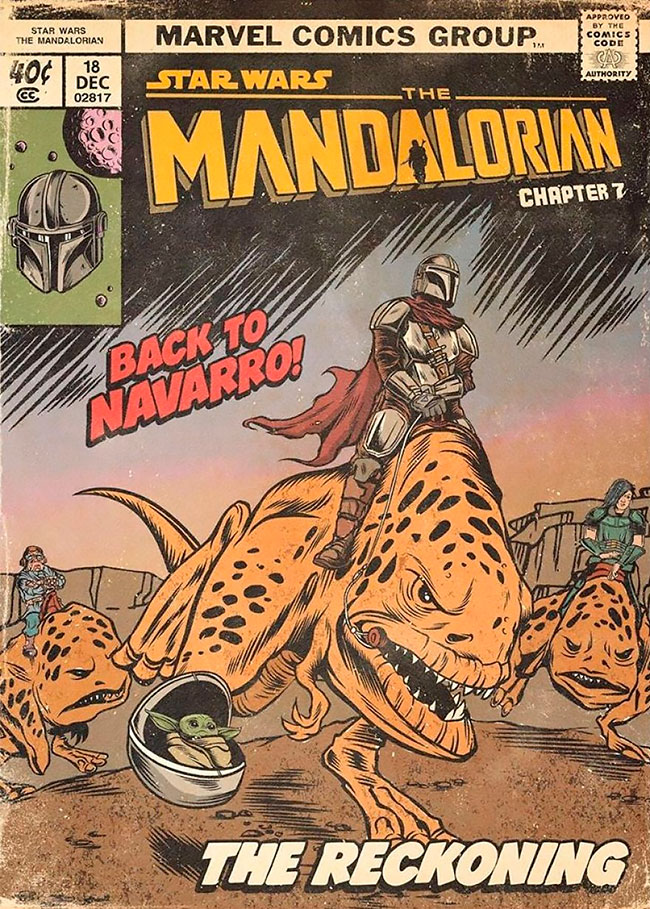 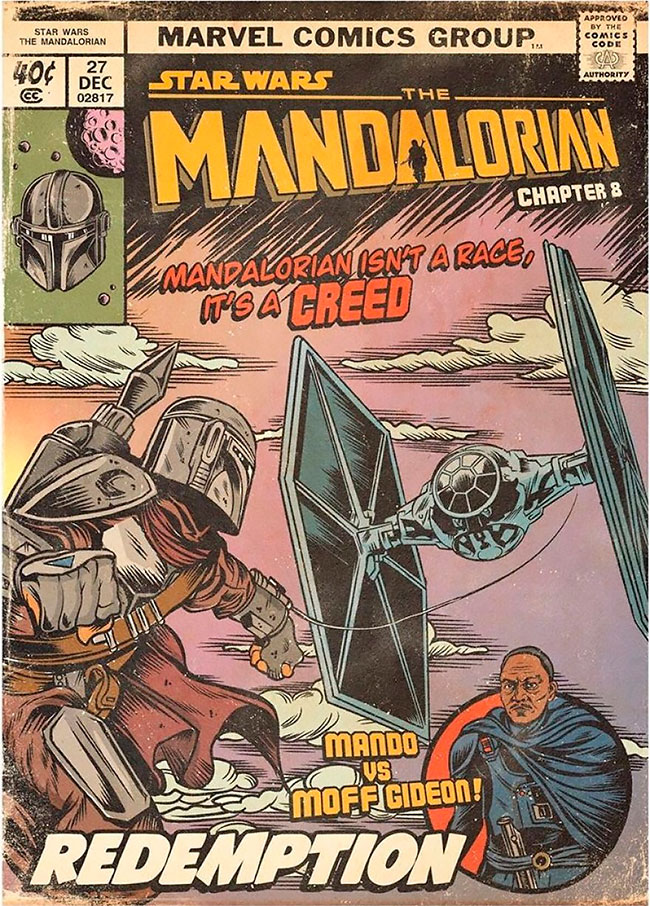 Incredible Typography Works of Jordan Metcalf
Living With A Rare Disease And Chronic Pain, This Artist Found Joy In Creating Beautiful Art
The Bridges of Hyperion: The Superb Cyberpunk and Sci-Fi Art Works of Lazaro
"Of War And Peace": Spanish Artist Shows His Vision of Protests and War in Syria
Surreal Photo Manipulations That Challenge Logic By Hansruedi Ramsauer
Soft and Steel: The Heroic and Fantasy Paintings of Julie Bell
Elephant Hotel: The Prime Example of Novelty Architecture in 1880s
Illustrator Reveals The Brutally Honest Life Truths
"Looking For Mr.Goodsex": A Series Of Paintings Of Un-Cropped Stills Taken From Vintage Adult Movies
Icelandic Cartoonist Reveals His Grim Sense Of Humor, And Here Are Some Cartoons To Prove It
2007 ‒ 2023 by Design You Trust. Proudly hosted by WebHostingBuzz.
Privacy Policy · Terms of Service · Content Removal Policy ❤️ 🇺🇦