If you have a cat, consider yourself under constant surveillance. Cats are not only extremely cautious, but also super curious. Hence, it is natural for them to always be in places where they can observe everything all the time in peace.

Like behind a glass ceiling, for example. Yep, we may not have the original ceiling cat any more, but it as a concept lives on in other iterations of ceilings and cats mashed up to fascinate the internet. 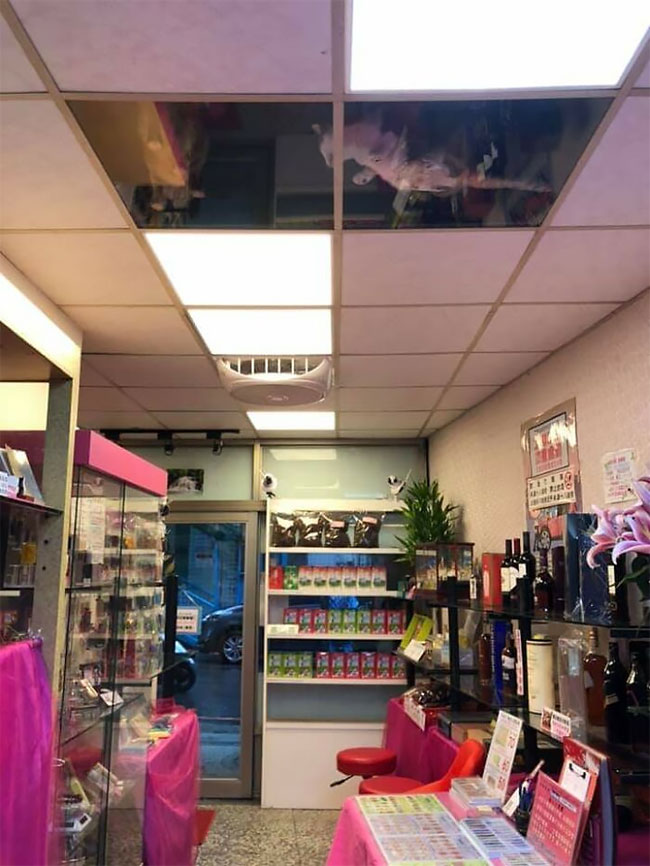 So, Taiwanese Twitter user @SCMcrocodile recently tweeted some pictures of his friend’s shop that has recently undergone some ceiling modifications to include glass tiles for casual feline spectators.

His friend owns a small store with an attic area. Calling it an attic where there’s a suspended tile ceiling is, of course, a bit of a stretch, but it most certainly is an attic for his cat companions!

The ceiling now features several glass panels in place of the regular ceiling tiles. And his cat friends, of which there seem to be three, are often seen chilling on the glass, either just lying down, or actively looking and meowing at mortals below, but in any case, serving as permanent surveillance. 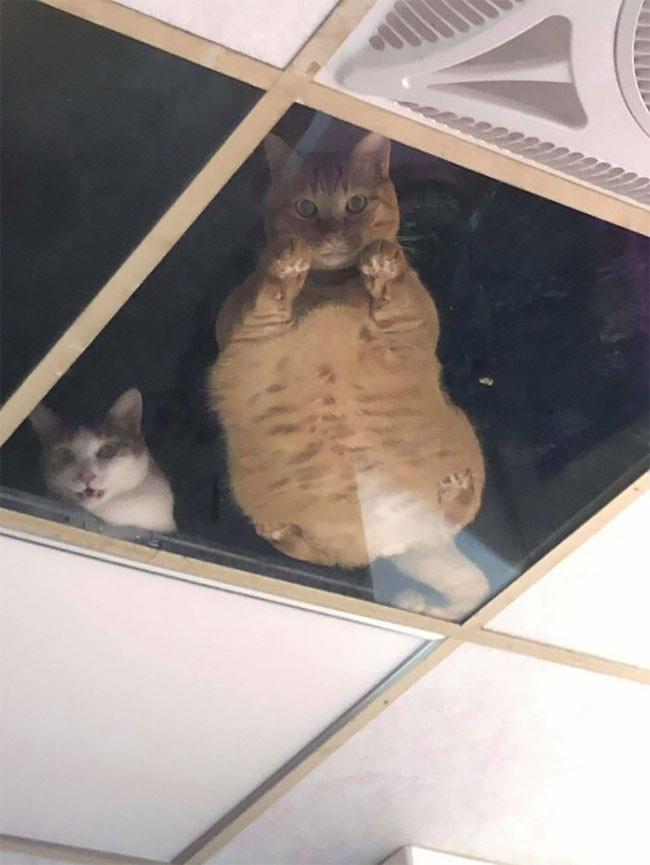 Ever seen what your animal looks like from the bottom of a glass table? Well, the effect is the same here, except it’s in the ceiling, where people will see such a perspective more naturally.

The same tweeter also shared another picture of what happens when these same cats aren’t fed on time. Let’s say, they are not just there for surveillance, but to enforce order as well. An active alarm system. 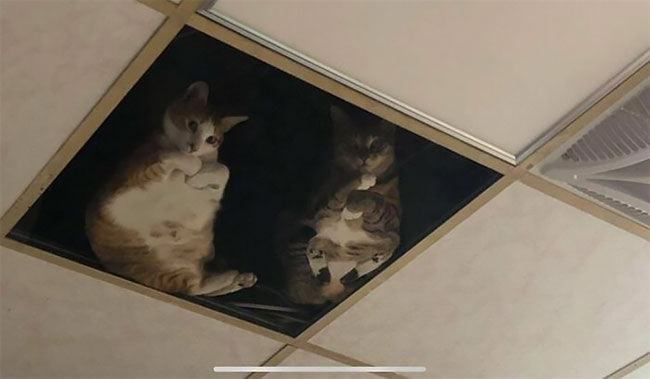 Artists Create Elaborately Detailed Miniature Worlds For Their Snails
Using a Strip of Paper To Give Birds Funny Eyes Is Ingenious
A Hunting Story Full Of Drama: A Day In The Life Of Barsik The Cat
This Man Drives Several Hours Everyday To Bring Water To Thirsty Wild Animals
This Bulldog Loves Watching The Street Through A Hole, So His Owners Paint 2 Costumes On The Fence
Studio Schicketanz Have Designed A Modern Dog House With A Green Roof
Marcel Heijnen's Heartwarming Photographs Of Hong Kong's "Garage Dogs"
“Excommunicated” Cat Waits to Be Absolved of Feline Sins Outside Temple Gate
Japanese Illustrator Enchants Twitter With Magical ‘Full Moon Coffee Shop’ That Only Appears To Exhausted People
Cat Fashion Show at the Algonquin Hotel
2007 ‒ 2022 by Design You Trust. Proudly hosted by WebHostingBuzz.
Privacy Policy · Terms of Service · Content Removal Policy ❤️ 🇺🇦