Vintage Photographs of the Skiway Sky Bus Lift Used on Mt. Hood, Oregon From the 1950s 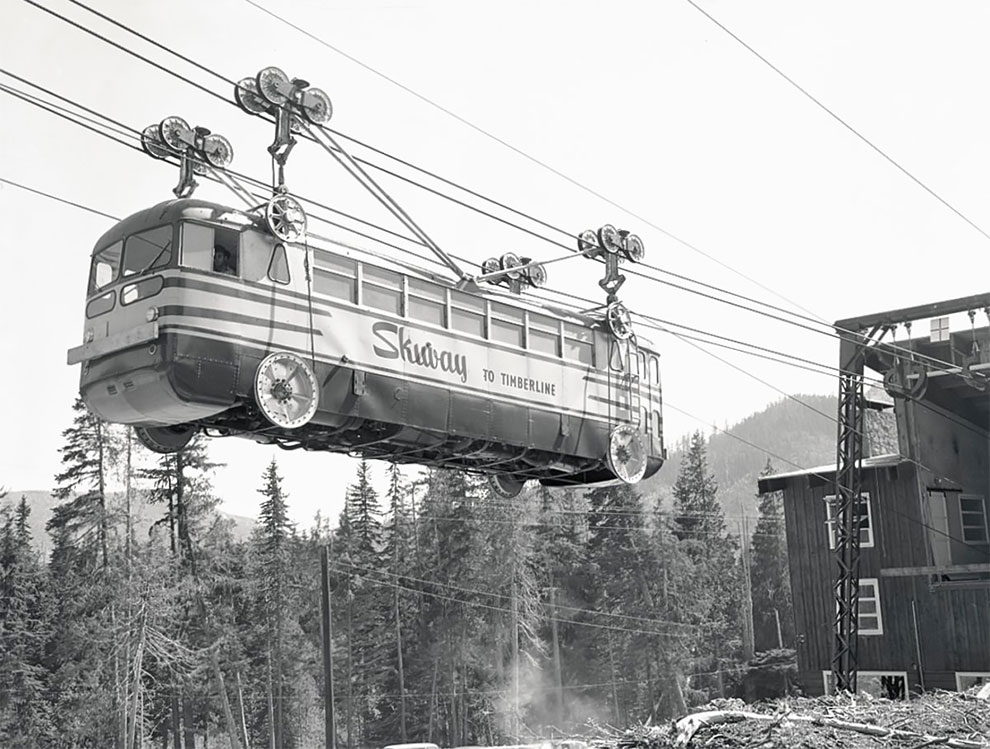 Using a modified city bus, a twin-engine design powered the wheels to turn cables in a pulley system that moved the tram back and forth above the slope. 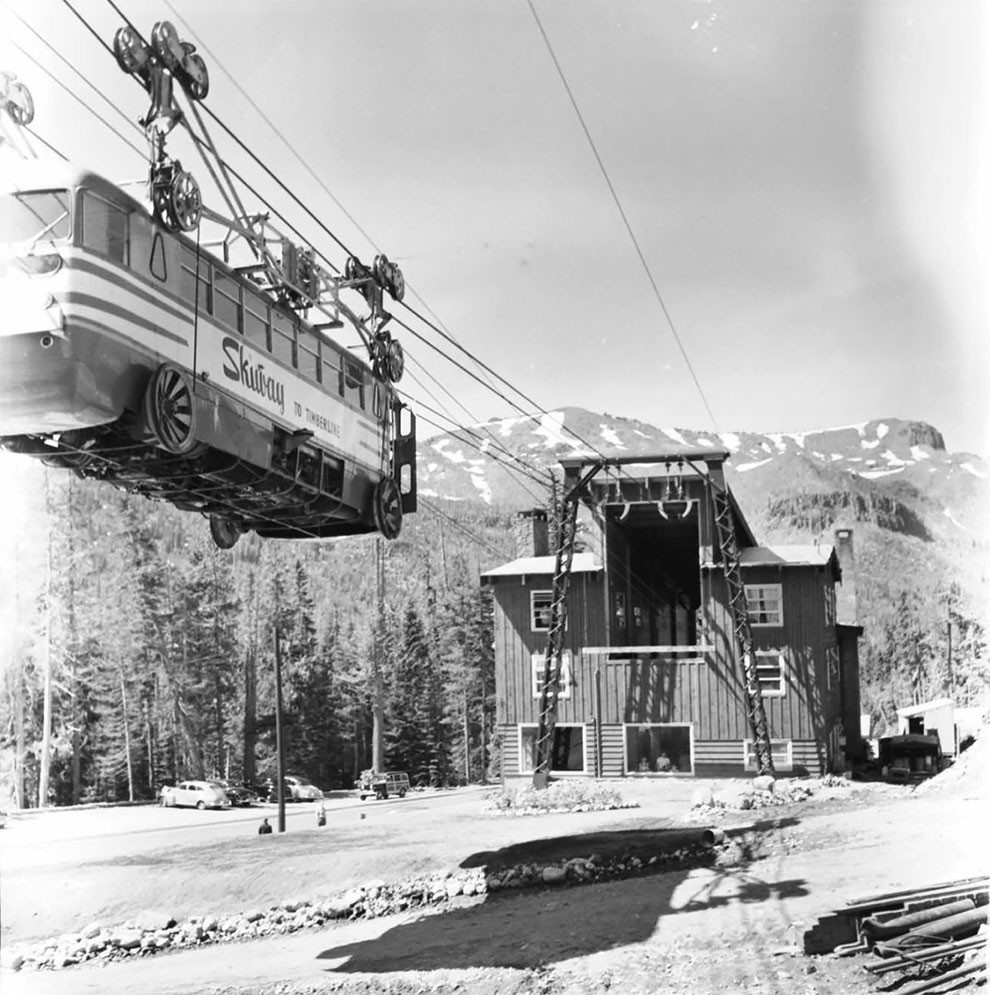 Recreation in the Mt. Hood National Forest increased after the end of World War II. Skiing was a popular wintertime activity and Dr. J. Otto George envisioned a tramway connecting two popular skiing destinations: Government Camp and Timberline Lodge, which was 7,300 ft (2,200 m) higher up the mountain. He formed a corporation called the Mt. Hood Aerial Transportation and started looking for investors. In 1948 after he’d finally gathered enough money to get started and he’d gotten a conditional use permit to build on Forest Service land, clearing and logging of the 3.2-mile right-of-way began. After the right-of-way was cleared concrete was poured and the 38 steel towers were installed, along with 25 miles of 1.5-inch diameter cables. 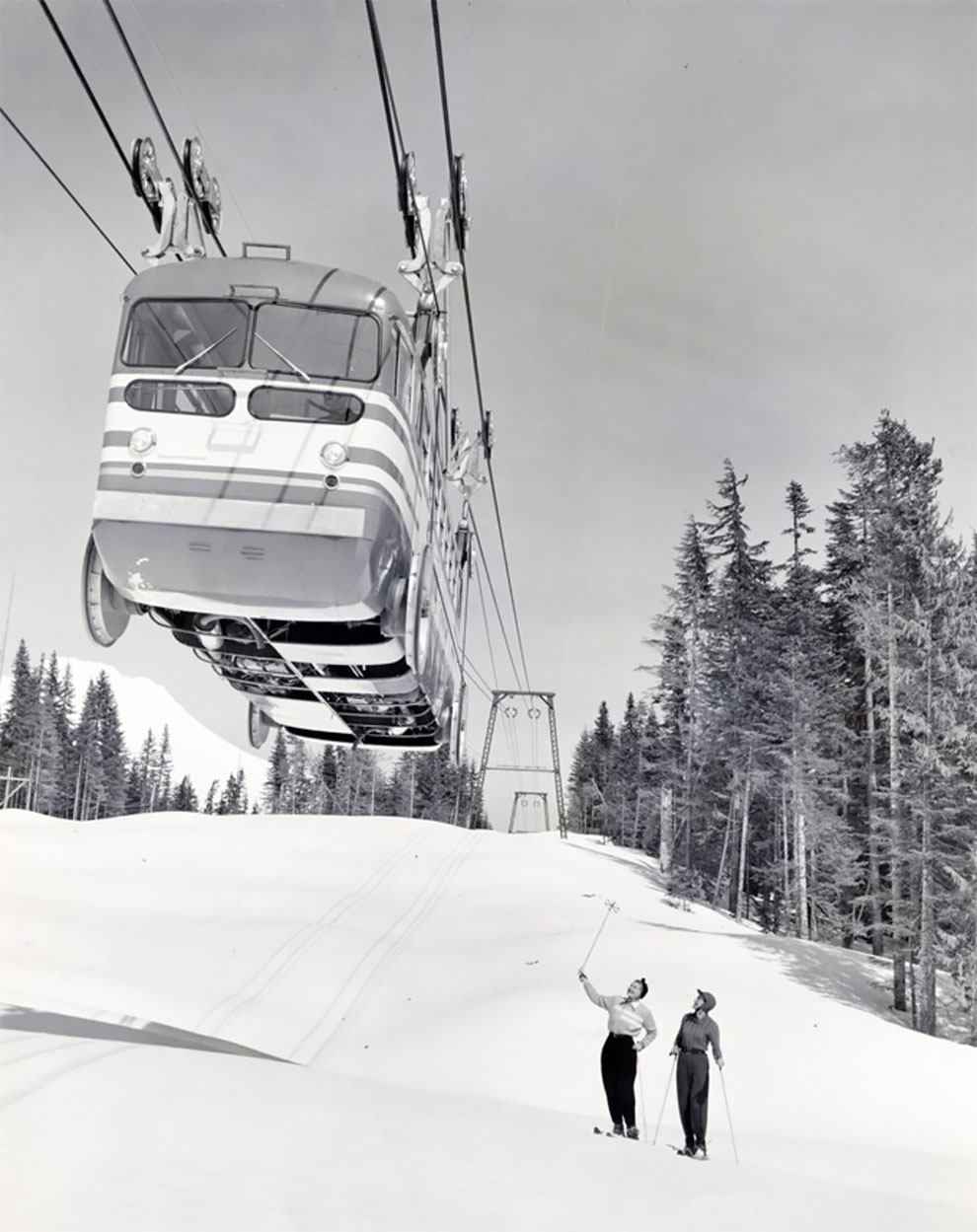 The tram was originally going to be called the “Skyway” but when they ran into copyright problems they changed it to “Skiway” (the tram buses were also nicknamed “cloudliners” and “flying buses”). The tramway was promoted as the longest and largest in the world and the first of its type ever to be constructed. The tram cars were actually converted city buses and they each seated 36 people, with room for 14 more to stand. The tram did not operate like other trams did. The buses each had two 185-horsepower gas engines. 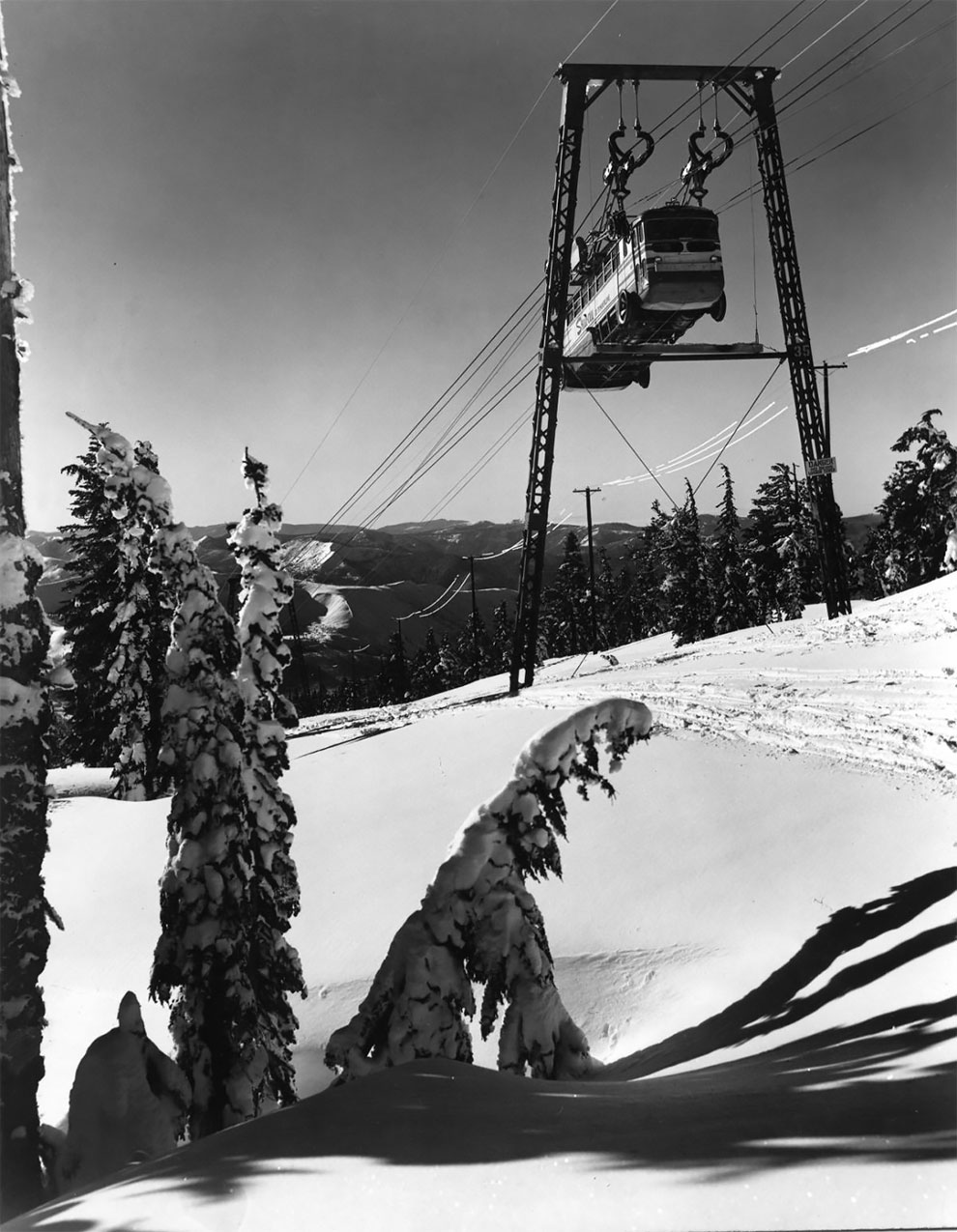 After more than two years of construction, the tram was tentatively scheduled to opened in April 1950, but it wasn’t ready until early the following year. In advance of the grand opening, a promotional run on January 3, 1951 carried newsmen, radio announcers, and cameramen up the mountain. The January 4, 1951 Oregonian article – which called the tram the “Timberline Trolley” – reported that the trip took 20 minutes. Although the interior of the tram greatly resembled a city bus, the article said “the cloudliner makes considerably more noise than a wheeled bus. The clanking and grinding of its cables make conversation aboard impossible.” One reporter – who had been a WWII Air Corps officer – described riding in the back of the tram car “as similar to to the tail gunner’s spot in a B-17 bomber.” Riding in the front was like “riding the front end to a helicopter.” 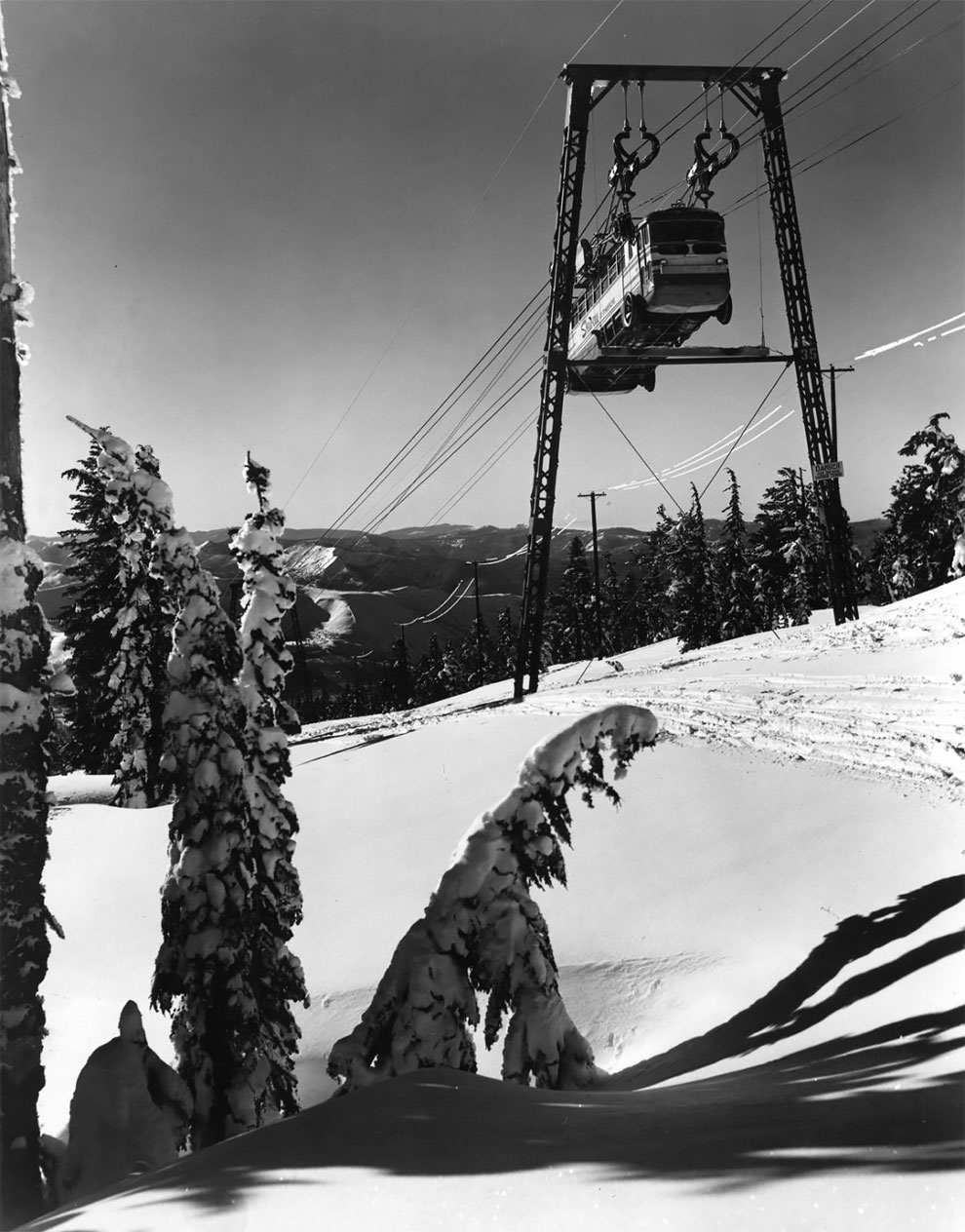 Finally, after more than three and a half years, on February 2 the newspaper reported that the tram would begin operating the next day. One-way fare was 75 cents; round-trip was $1.50. The lower terminal in Government Camp had a restaurant and snack bar operated by Thomas Johnson and his wife, who operated the restaurant at Multnomah Falls Lodge. The terminal also had a gift shop, ski shop, and guest lounge. The tram entered the terminal on the building’s third floor where the loading/unloading platforms were located. 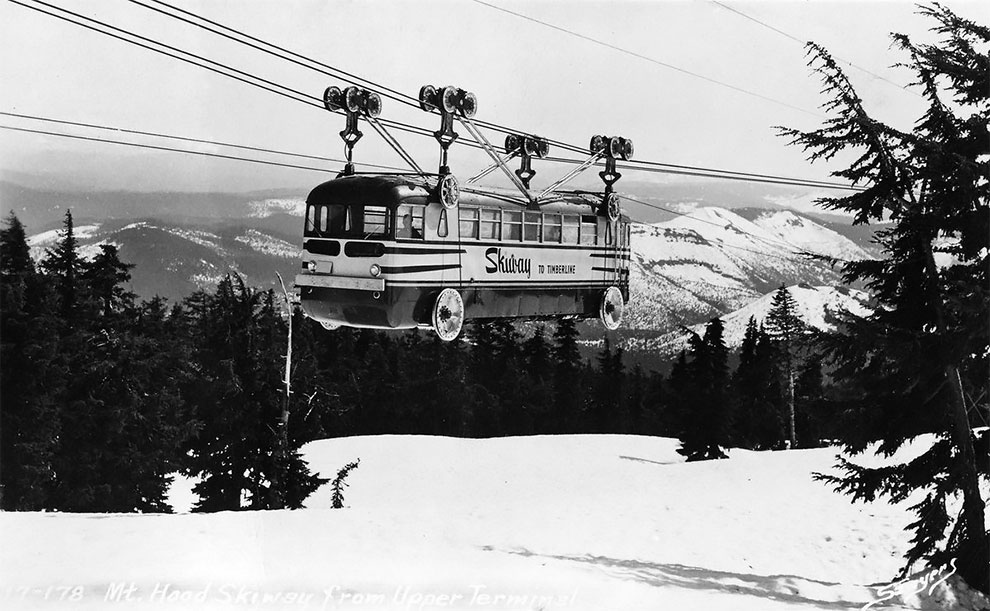 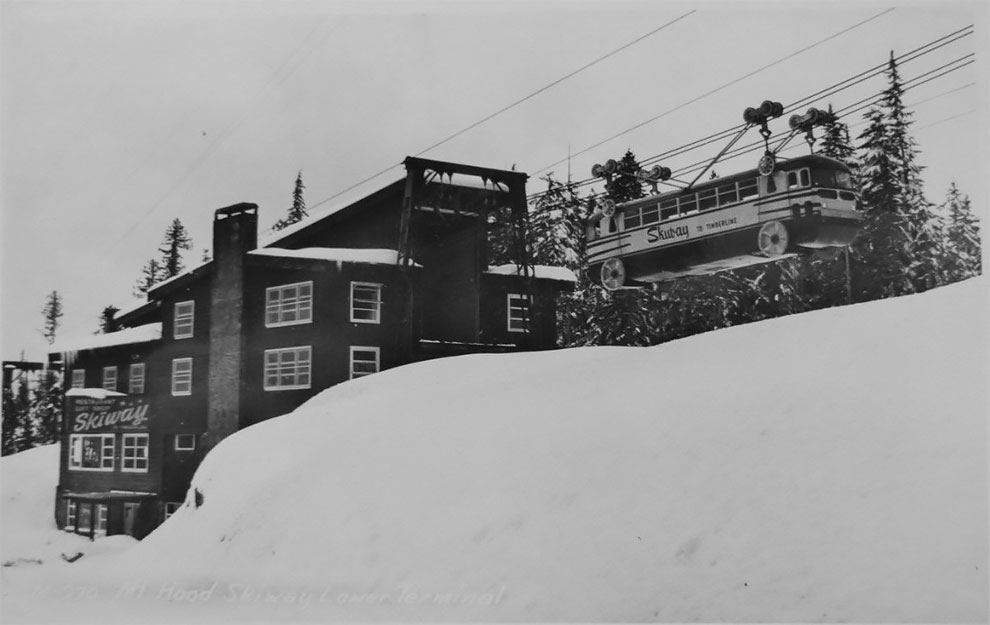 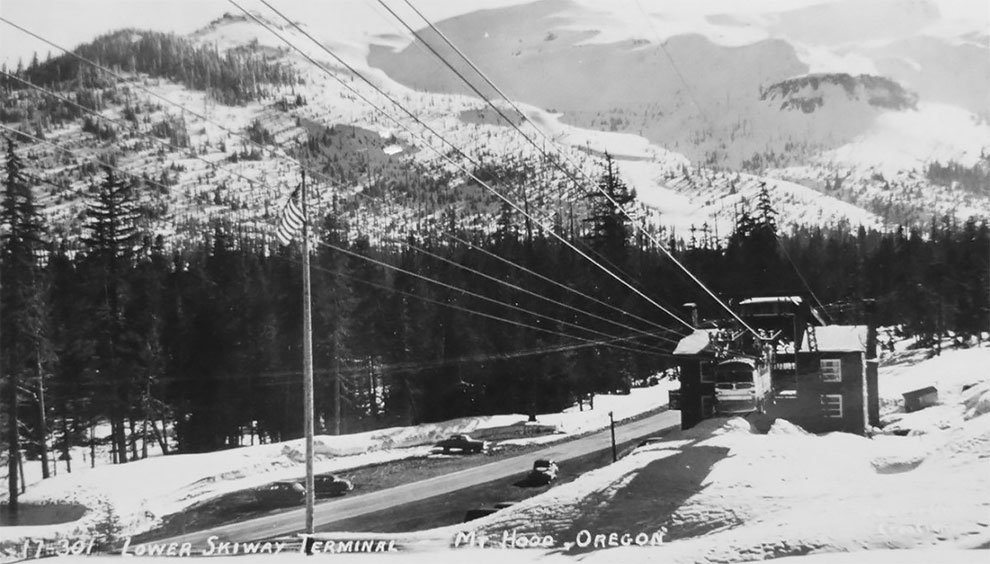 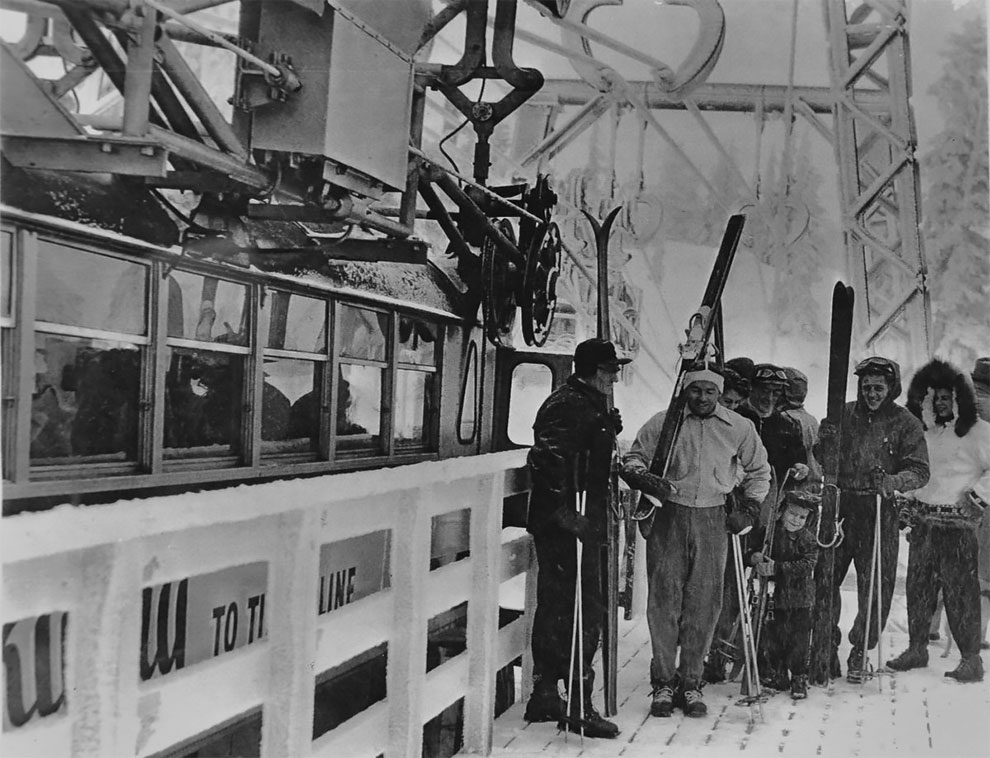 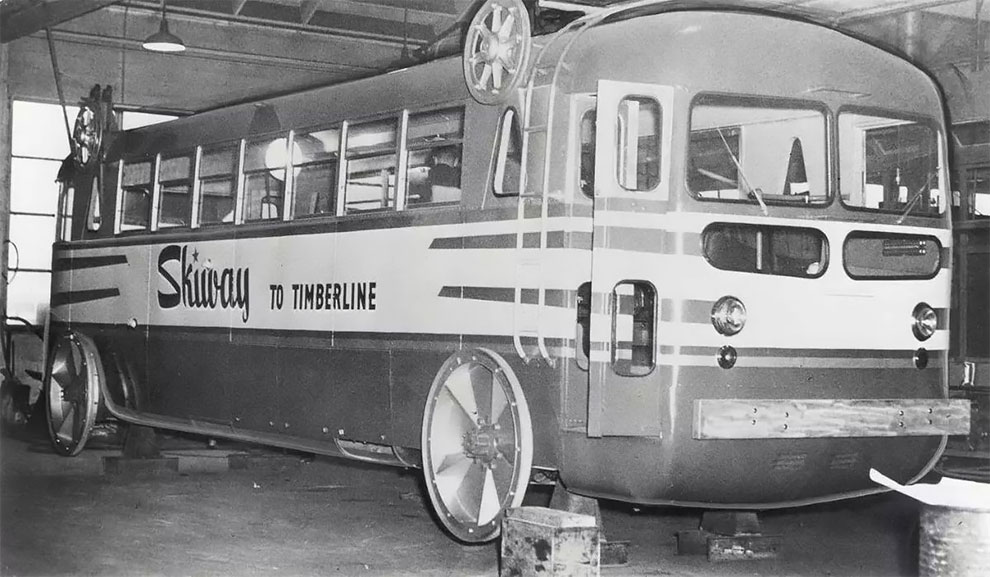 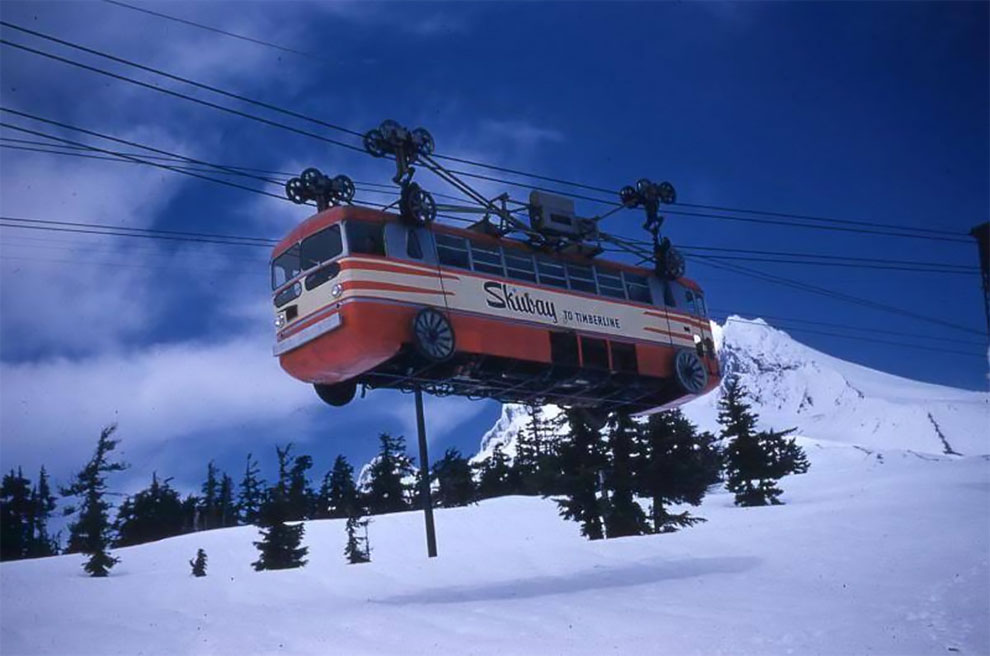 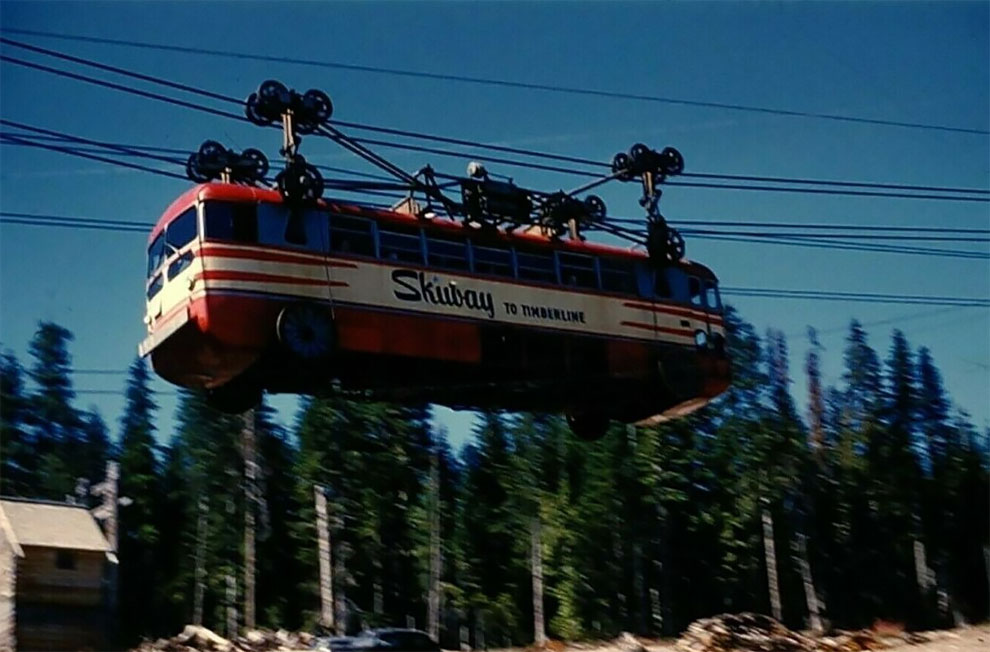 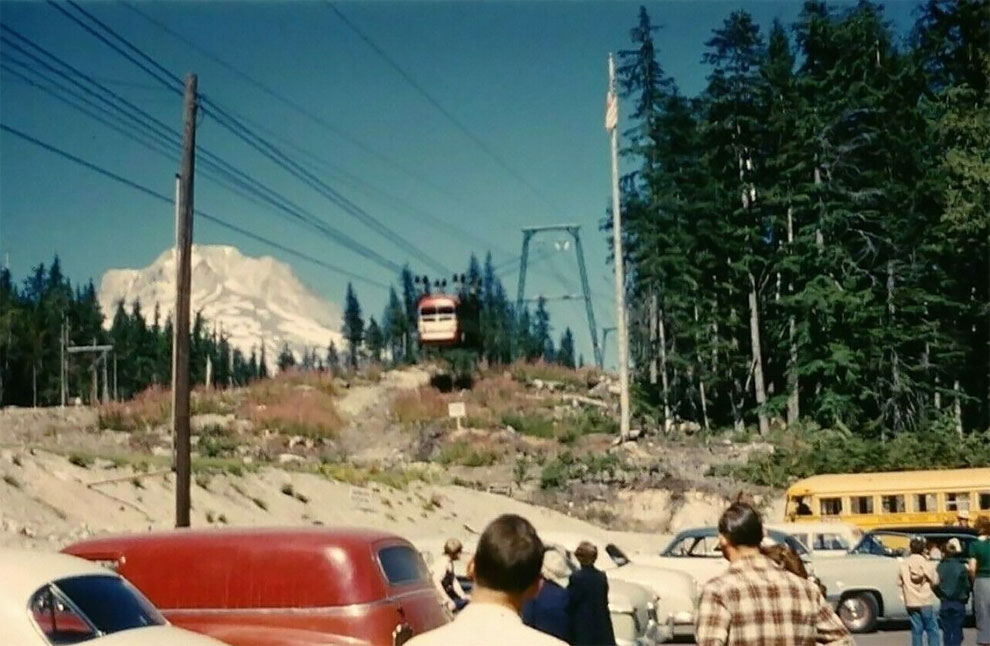 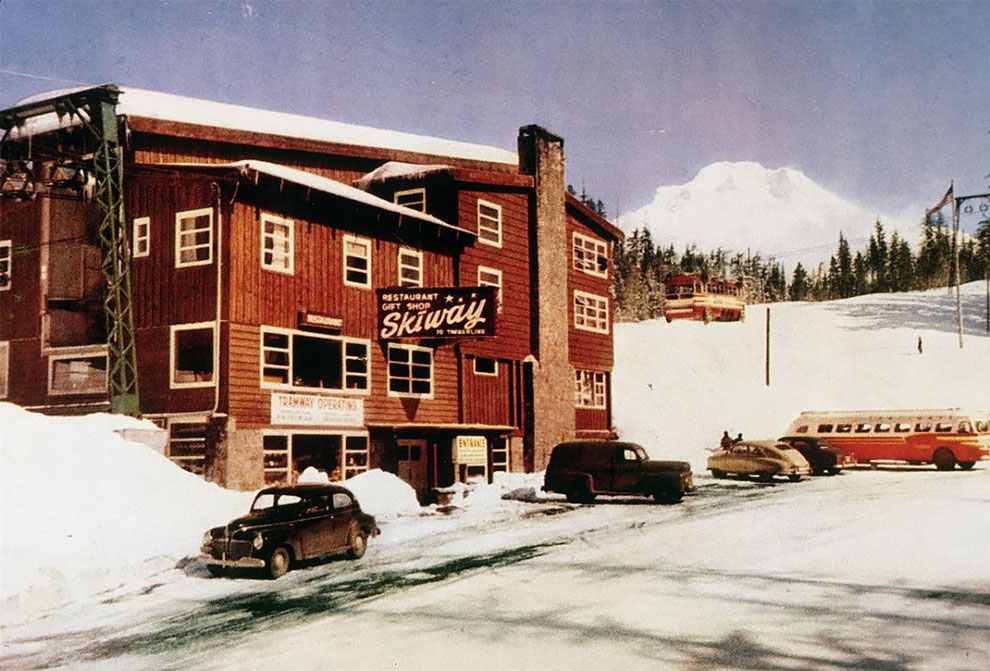 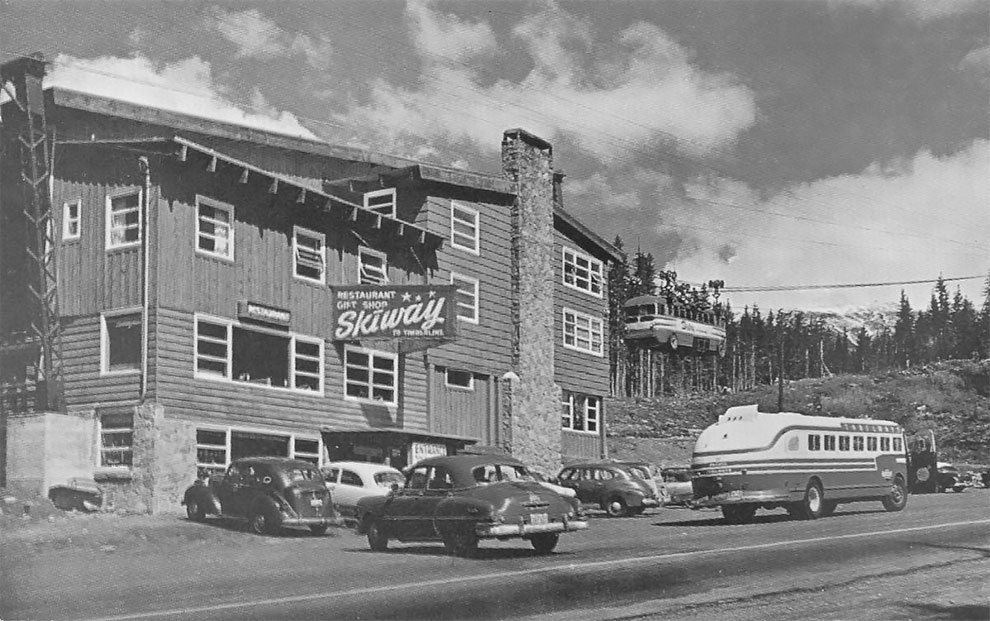