Exotic pet owners and hopeful adopters filled the West Palm Beach Garden Club Saturday morning during the city’s first-ever Pet Amnesty Day. The event gave owners of non-native and invasive pets an opportunity to turn in their animals with no penalty and no questions asked. Photography and story by Brandon Kruse/The Palm Beach Post. 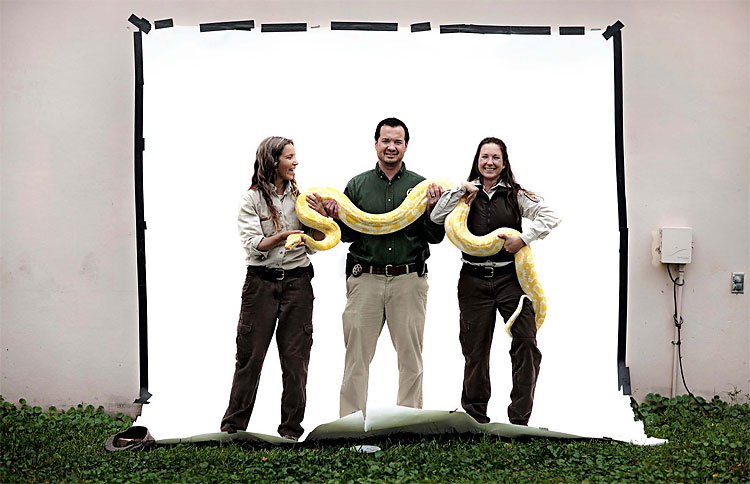 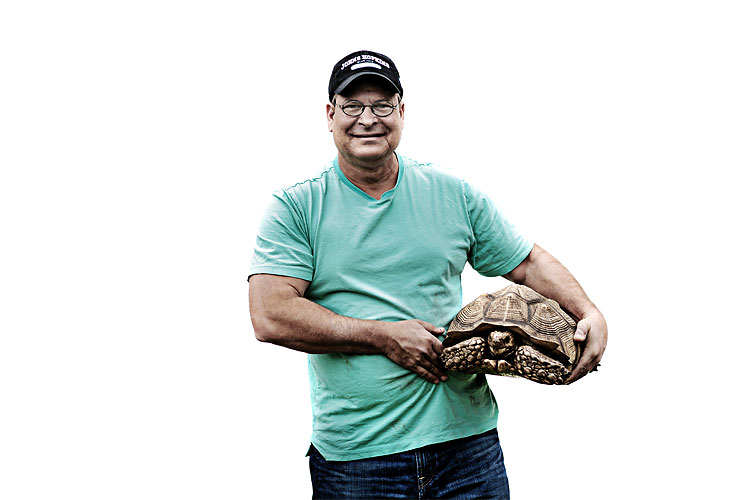 Mike Hardin holds his Russian tortoise “Pal” for the last time before surrendering the 9-year old along with its brother, “Bud.” “I’m glad to see such a turnout,” Hardin said. “Can you image if all these animals had just been released into the wild?” 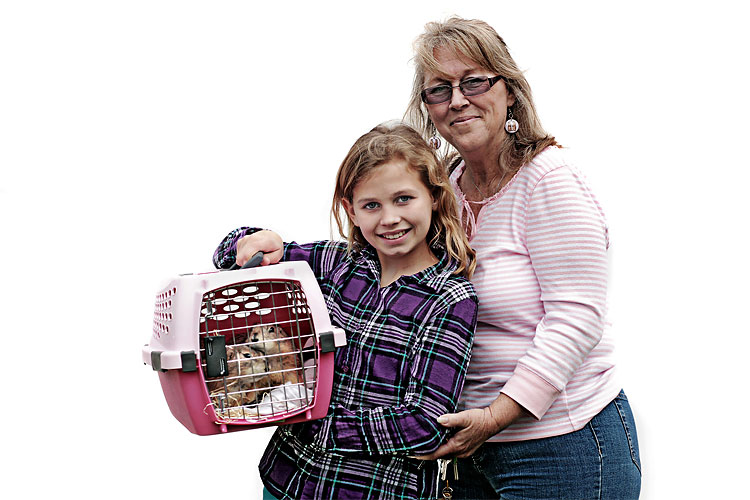 Pam Ustica and her granddaughter Hannah Olson, 12, show off the two prairie dogs they adopted. Ustica aleady cares for two others, and said she drove from Daytona Beach hoping to get just one during the lottery; she was able to take home the male and female 2-year-old’s because they were raised together. “They’re my passion,” she laughed. “The more the merrier, but they’re definitely going on a diet.” 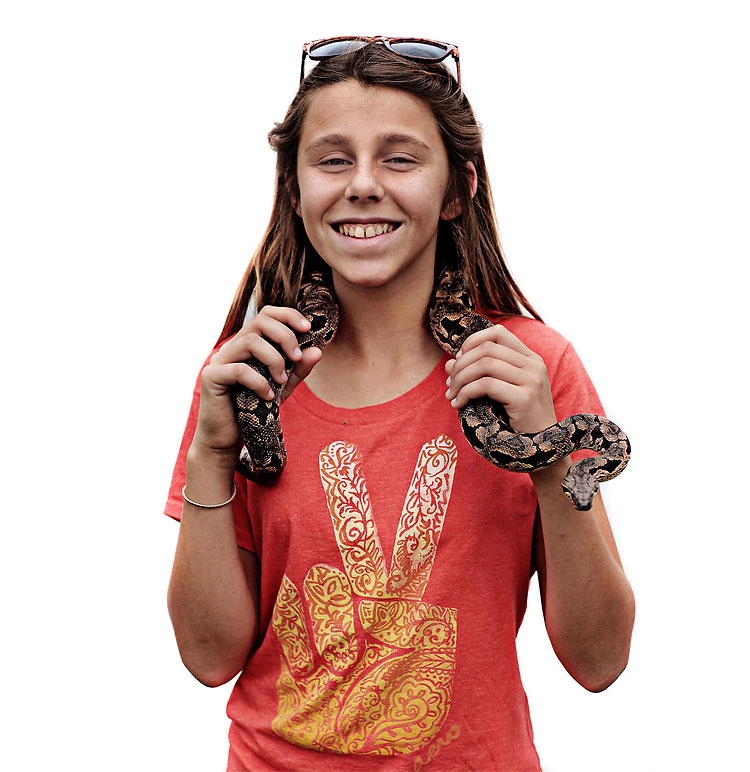 Elizabeth Kyle poses with her new Dumeril’s boa constrictor, the latest addition to the collection of native and exotic snakes she and her family care for in Marathon. Kyle walked out of the event proudly with the snake wrapped around her neck like a scarf. “If there’s one kid in the bunch that can grab a snake and never flinch, she’s the one,” said her father Eugene Kyle. 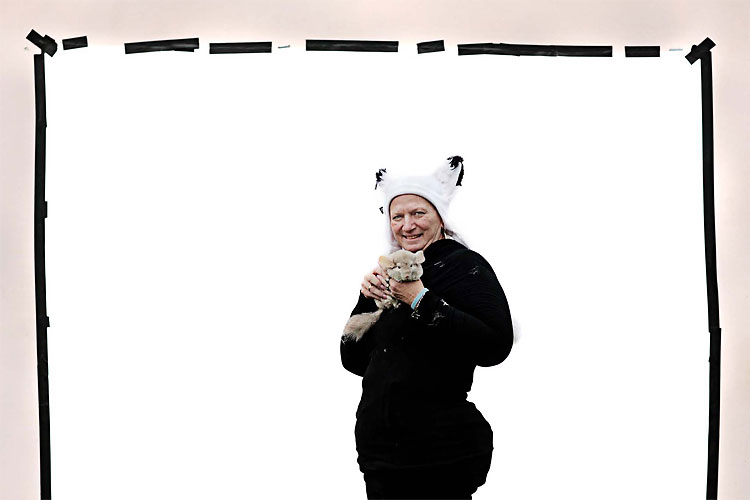 Suzanne Banas, a science teacher from Miami, poses with her newly adopted chinchilla before darting back inside to see if there were any other animals that needed a home. “My students said to make sure no one gets left behind,” said Banas, who keeps over a dozen animals in her classroom, and just as many at her home. “I’ve adopted rabbits, guinea pigs, arctic foxes, hamsters – basically whatever no one else wants,” she said. 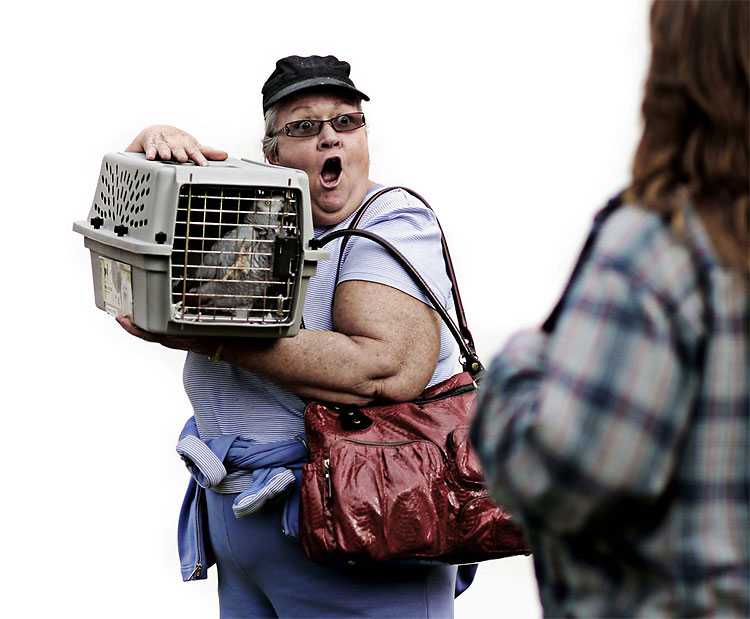 Sandy Space, holding her new African grey parrot “Buddy,” is surprised when her friend Twila Schneider walks by with an adopted bird. Space, who cares for several other birds, drove from North Miami for the event. “They live for 50 years, so I guess I’ll have to get a godparent,” she joked. “I’m ecstatic, he’s going to be the smartest friend I have!” 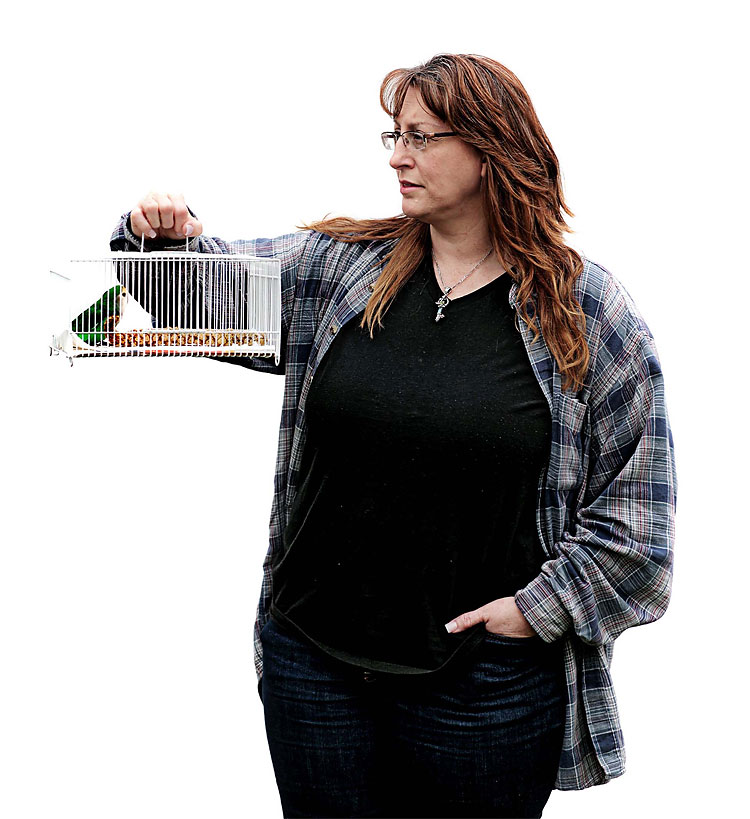 Twila Schneider holds up a newly adopted love bird that she will bring back to her home in Naples, where she already cares for 20 other birds. “She (Sandy Space) got the one I wanted, but he’s pretty cute, so I thought I’d take him home.” 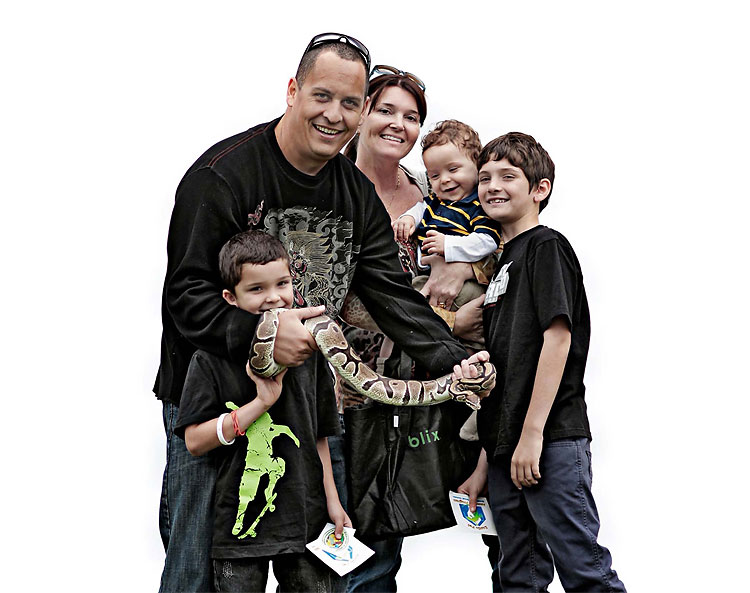 Pedro Vega and his wife Kate Vega pose with their sons (from left) Javier, 6, Alejandro, 9 mo., and Salvador, 9, and the 4-year old ball python named “Spalding” that the family surrendered during the event because of its increasing size and risk. “He’s a baby compared to some of those other ones,” Pedro Vega said, referring to several large snakes turned over by their owners earlier in the day. 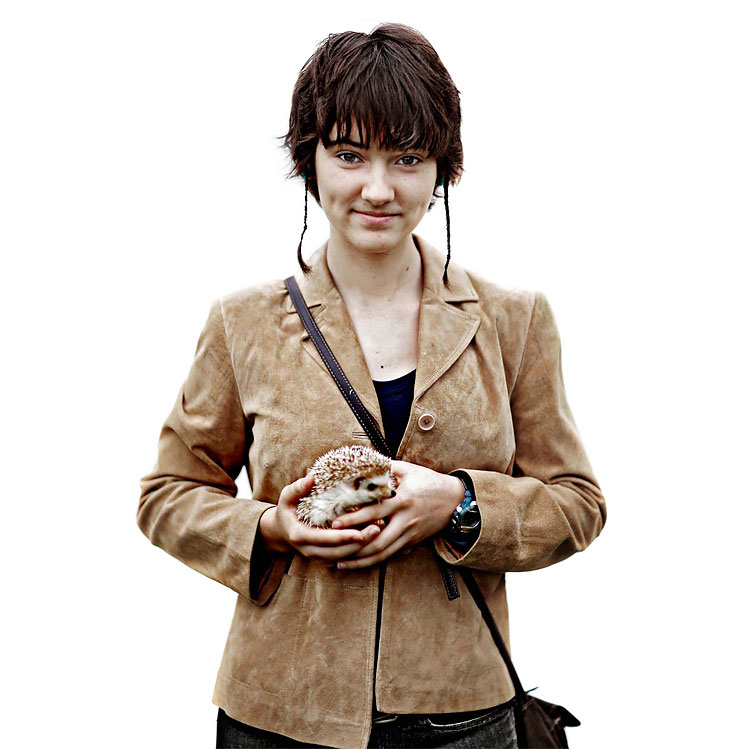 Mackenzie Rattray holds her hedgehog “Kohaku,” which means amber in Japanese, before she says goodbye to all three hedgehogs she surrendered. Rattray said she and her family had purchased the animals from a store, and they had become more than a handful as time went on. All Rattray’s hedgehogs had been adopted by the end of the event. 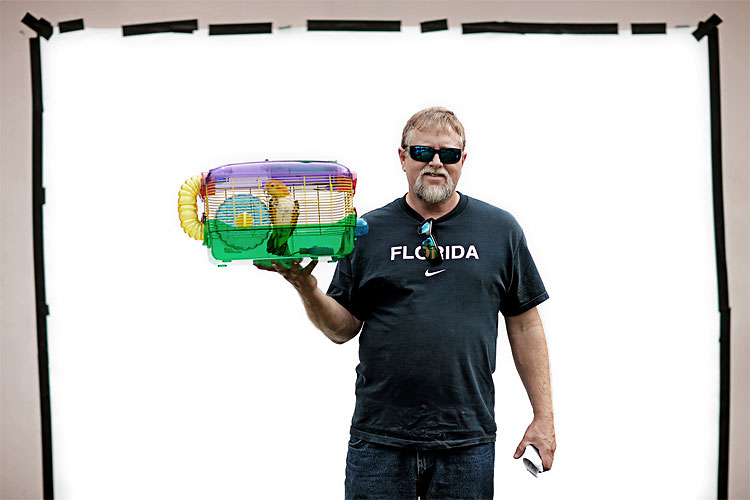 Eugene Kyle, Esq. displays the 3-year-old female white breasted caique he adopted during the amnesty event. Kyle and his family drove from their home in Marathon for a soccer tournament in West Palm Beach, but added the auction to their itinerary. Kyle said they were all animal lovers and budding breeders. His children said they hoped to add a ball python and a monk parakeet to their brood. “This was a good excuse to get away for a while,” he said. 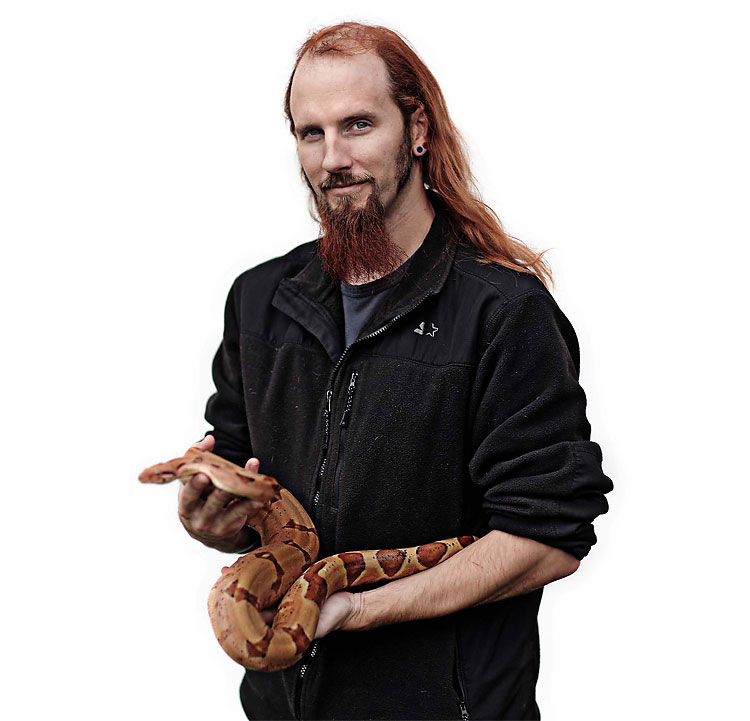 Joe Muhrlin holds his new female Colombian red tail boa constrictor, which he drove from Clearwater to obtain. The snake adds to a collection of 10 other snakes he currently maintains. Potential adopters waited for several hours for the intake to be finished before the adoption lottery began. “You never know what will turn up,” he said. “I got lucky. I was the second name called.”