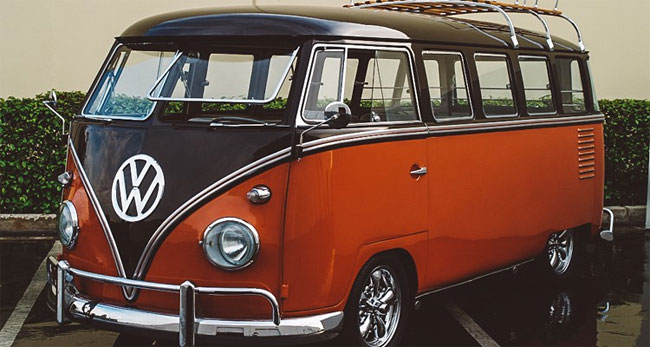 Rumours have begun to circulate about the re-emergence of the iconic VW hippy-van, a beloved road-trip staple and unparalleled adventure machine. Board member, Dr. Heinz-Jakob Neusser spilled the beans at the recent New York Auto Show that Volkswagen is in fact working on producing an electric version of the classic camper bus. 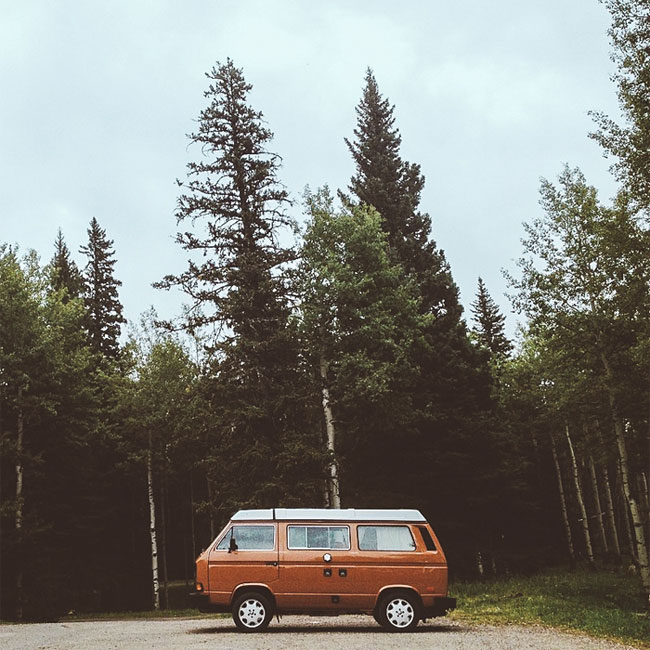 Years of sourcing VW buses from Kijiji, Craigslist and auto-trader websites have long left van enthusiasts wondering why production for the popular vehicle ever halted in the first place. The first VW camper was produced in 1950, and in the ’70s, production for the iconic bus was outsourced to Brazil due to a number of changing German safety regulations. In 2013, the assembly-line was halted all together because the vehicles failed to meet a 2014 modification to Brazilian safety standards, including the requirements of ABS and multiple airbags.

The rumours have been confirmed that Volkswagen is producing an electric version of the classic camper bus. 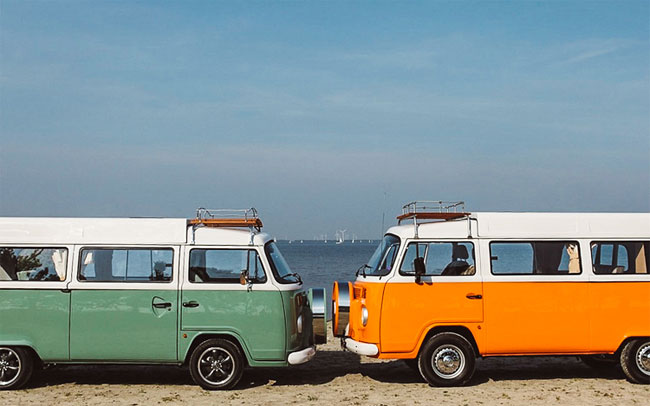 However, with these requirements in mind and a vision of re-invigorating sales in the US, it looks like Volkswagen may be re-introducing the cult-classic with a modern twist of sustainability to create the ultimate form of hippy transportation. Neusser spoke to Autocar about the importance of maintaining a number of “very important” original hippy-bus features. 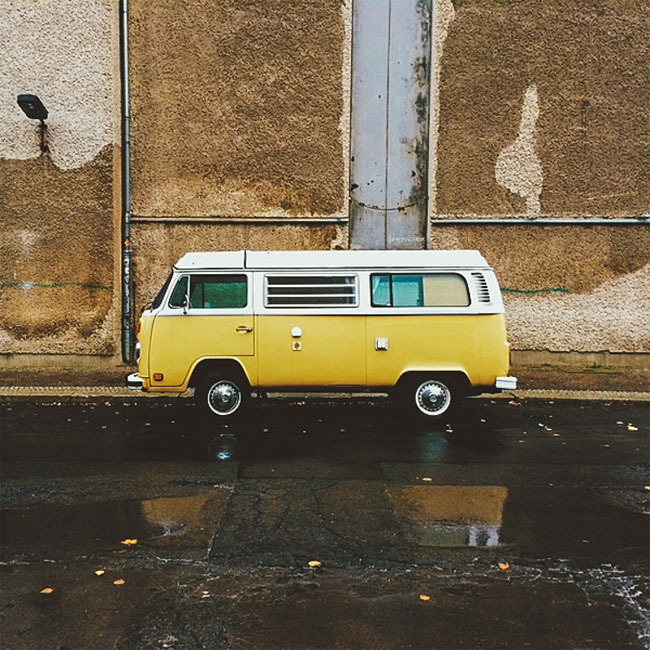 We can only keep our fingers crossed that it maintains the original aesthetic, unlike previous vehicle concepts.

Re-launching the hippy-bus seems too good to be true—is it possible that Neusser is just getting our hopes up? Unfortunately the new electric model of the hippy-classic is still a concept car, and releasing it to the masses depends largely on manufacturing cost. 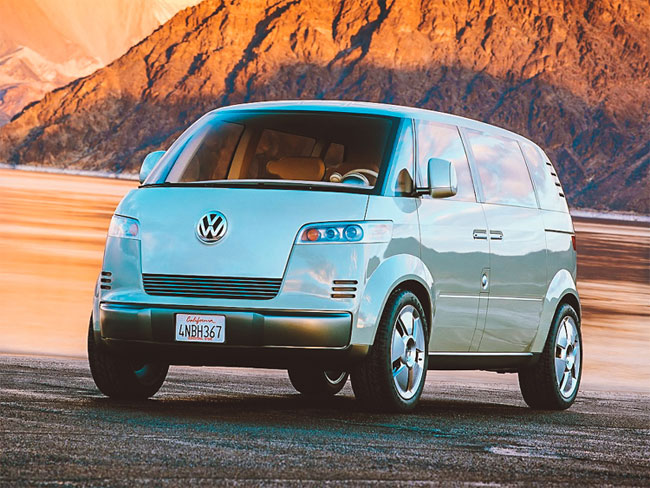 As Outsideonline points out, the company has a track record of teasing hippy-bus diehards with promises of re-initiating the VW factory lines with updated versions of the classic vehicle, including the 2001 Retro Microbus and 2011 Bulli. Still, it’s worth noting that neither of these versions hold a candle to the original design. If Volkswagen does revive the old bus from the dead, we can only keep our fingers crossed that it maintains the original aesthetic, rather than slapping the VW logo on a Yaris and trying to make it cool, like the aforementioned 2011 concept. 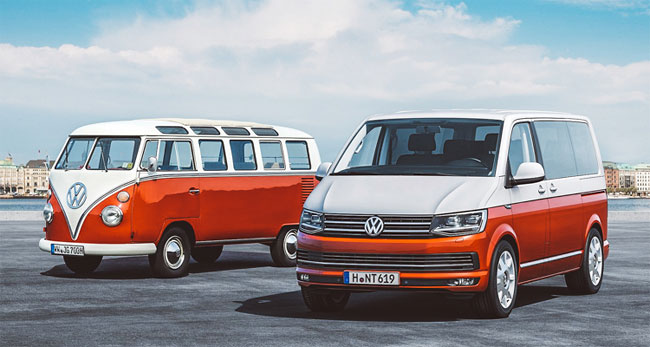 Pants For Men Only – Penis Pants By Eldridge Cleaver In The 1970s
9-Year-Old Kid Who Kept Getting In Trouble For Doodling In Class Gets A Job Decorating A Restaurant With His Drawings
17 Photos Of Classic Cars Next To Their Modern Version
Bathers Changing Clothes Using the ‘Skreenette’ at the Public Beach, 1929
Wax Sculpture Of Sleeping Woman Doubles As Candle
Polish Sculptor Makes Water Complete Her Bronze Fountain Sculptures
This Super Realistic Modern 3D Art Will Impress You!
British Hair Awards 2016 – Afro Finalist Collection
Salads For The Lazy People
Clever ‘Lose The Waterbeard’ Campaign By John Keatley
These Papercraft Mosquitoes Look So Real You’ll Want To Swat Them
Jewelry From Packaging: Yoav Kotik’s Rings, Bracelets, Necklaces And Pendents Are Made From Metal Bottle Caps
Wolford And Vetements Launch Collaboration Inspired By Russian Criminal Tattoo Art
Belgium Introduces New Passport Featuring Cartoon Characters
Beautiful Paper Beetle Sculptures To Assemble By Yourself
These Wonderful Butterfly Crowns Can Turn Any Head Into A Magical Fairytale
Limited Edition Of The Daft Punk Glass Ornaments For Your Christmas Tree
The Elegance of The Dark Side: Stunning Sculptures of Dom Qwek
After Watching Chernobyl, Couple Decided To Design Their Apartment In Soviet Style And Listed It In On Airbnb
Japanese Modeler’s Terrifying Scarecrows Pit Cthulhu And Silent Hill Against Birds
Low Pixel CG: The Playful Ceramic Artwork Of Toshiya Masuda
Surreal Driftwood Sculptures By Debra Bernier Tell The Forgotten Stories Of The Ocean
"And In The Endless Sounds There Came A Pause": Distorted Wooden Sculptures By Paul Kaptein
Chinese Artist Creates Sculptures From Ferrero Rocher Packaging
electric, everyone, favourite, hippy, released, volkswagen