The Luxury Apartment On Wheels: Camping In Style In A 1930s Jungle Yacht 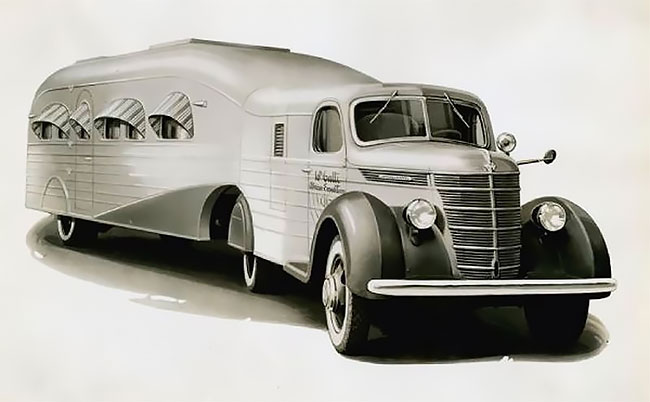 The Jungle Yacht was created for and used by Italian explorer Commander Attilio Gatti and his wife, who both traveled extensively to the African Congo as a deluxe apartment “for his 1937-1940 (his 10th) and 1947 (his 11th) expeditions” and “equipped them quite lavishly.”

The trailers were pretty luxurious accommodations for camping out in the boonies of British East Africa. They were joined together in camp as a deluxe 5-room apartment on wheels, and served as headquarters while the expedition’s personnel sought out the secrets of the dim heart of Africa.

The camps were equipped with electricity and air conditioning and had a workshop, a photographic lab, and a ham radio station (Gatti was an enthusiastic ham radio operator). Electricity was supplied by a 110 volt generator mounted behind the cabs of the trucks. Each night a single wire 4500 volt electric fence was put up to dissuade the large specimens of the local wildlife from approaching the camp.

One of the vehicles in transit from the International Harvester factory to New York. Cocktails in the deepest heart of Africa. 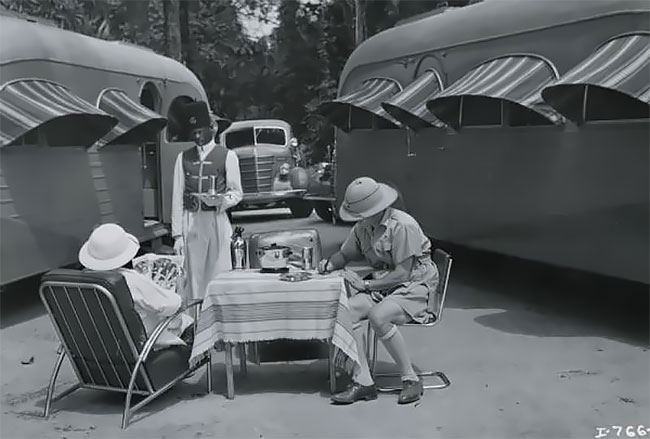 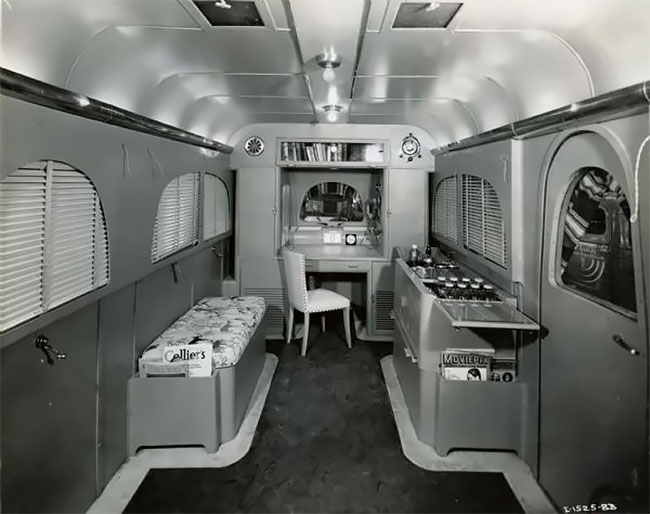 The Commander’s desk in the living room. 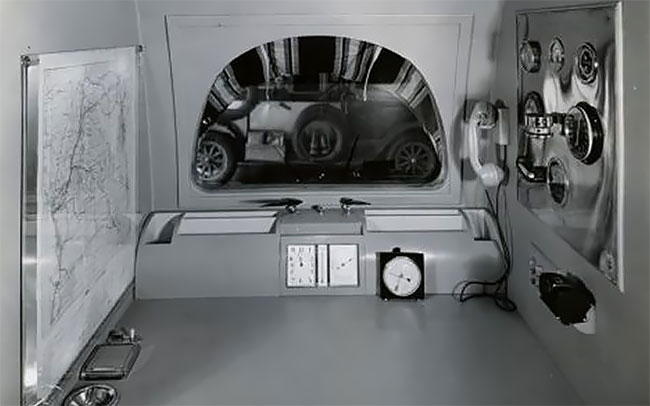 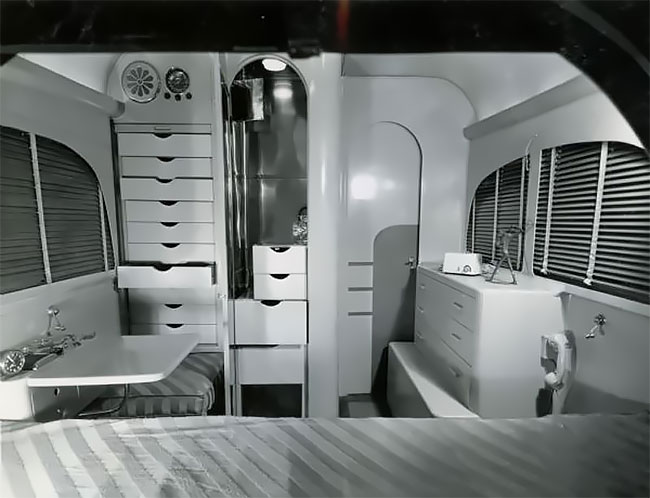 An International Trucks brochure heralds the first journey of the five-room convoy. 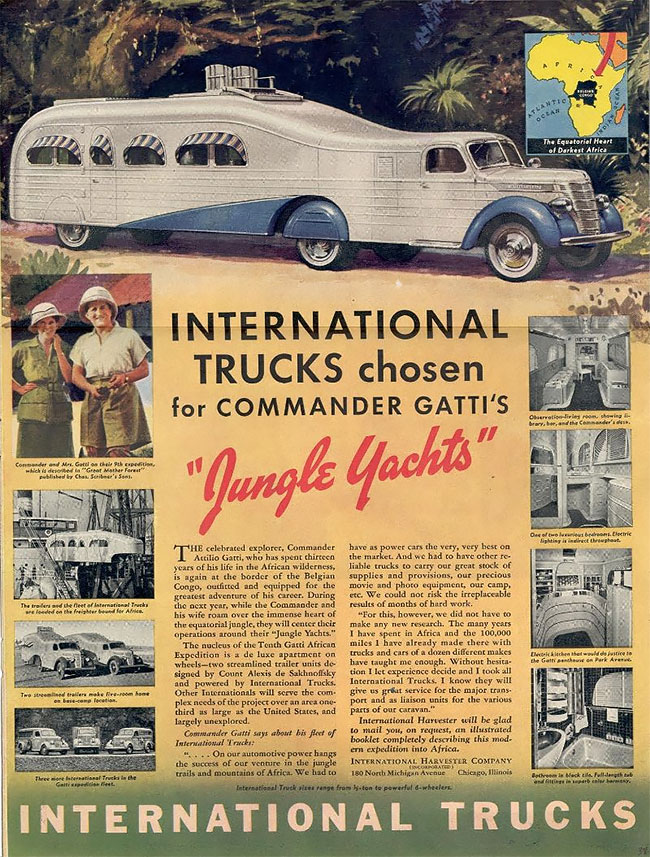 Winners Of The Travel Photography Contest 2022 By The Independent Photographer
Concepts From Future Past: 1969 Fiat Abarth 2000 Scorpione
iWalkers: Council Recruits Men with TVs Strapped Above Their Heads to Walk the Streets and Warn Public Not to Break Covid Lockdown Rules
Russian Craftsmen Built This Steampunk Trike Inspired By “Joseph Stalin” Locomotive
Olivia Wilde for Modern Luxury
The 'Disappearing' Beauty Of Greenland In Photographs By Albert Dros
"Big In Japan": 30 Times People Traveled To Japan And Realized They’re Too Tall For It
Largest Apple Store Opens in Shanghai
1988 Bertone Lamborghini Genesis: Concept We Forgot
“Auto Polo”: The Ridiculously Dangerous Auto Sport Of The Early 1900s
"Melting Memories": Augmented Data Sculptures By Refik Anadol
Stunning New Close-Ups Show Saturn's Rings At Double The Detail We've Ever Seen
Russian Blogger Went On A Trip Around The Apartment During The quarantine - Repeating Photos From Real Travels
A Wind Turbine is Illuminated in an Installation by French Artist Patrick Raynaud
"Outside The Boundaries": The Colourful Universe Of Mischelle Moy
IKEA Pee Ad: Retailer’s Controversy Ad Acts As A Pregnancy Test
The Hand-Painted Scenes of The Original Star Wars Trilogy That Made Us Believe It Was Real
The FJ Company Did A Beautiful Job On This Classic Toyota Land Cruiser
This AI Turns Your Headshot Into A Renaissance Masterpeace
'Vertical Forest' in Chinese Residential Complex Becomes Mosquito-Infested Jungle
2017 National Geographic Travel Photographer Of The Year – Nature
Kitten Who Likes To Travel In A Backpack
Welcome to Sweden, Facebook!
Dutch Photographer Documents Eccentric Costumed Motorbike Taxi Drivers In Nairobi
africa, Attilio Gatti, camper, explorer, jungle, luxury, travel