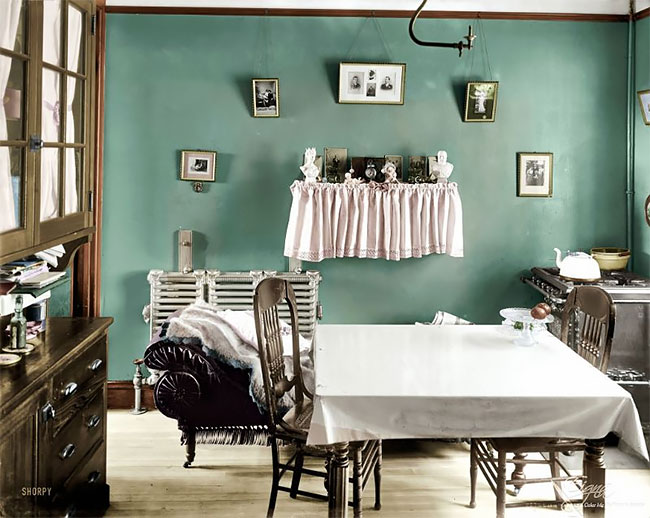 An amazing set of colorized photographs from Color Me Six Ways to Sunday that show what kitchens looked like from the first half of the 20th century. 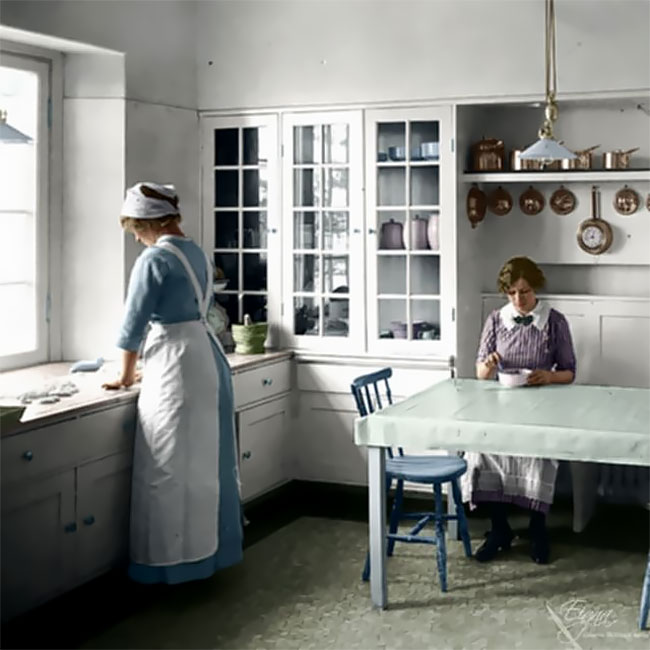 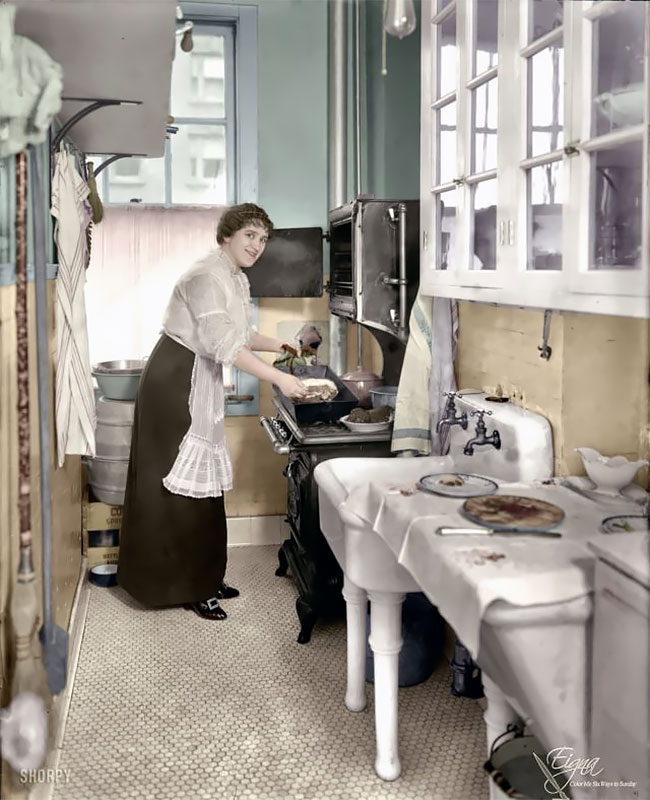 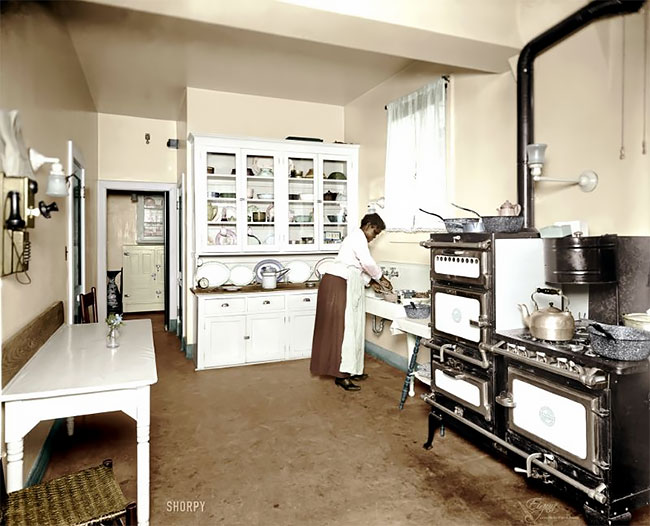 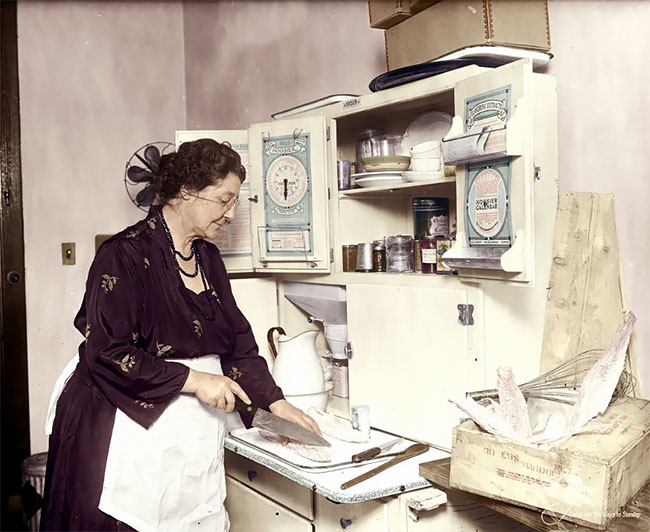 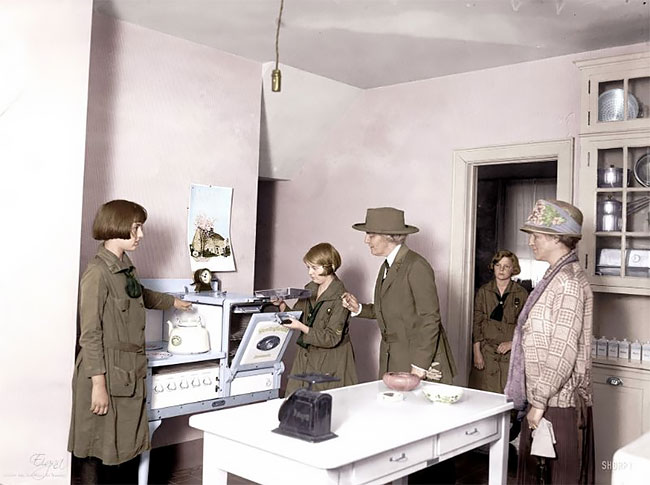 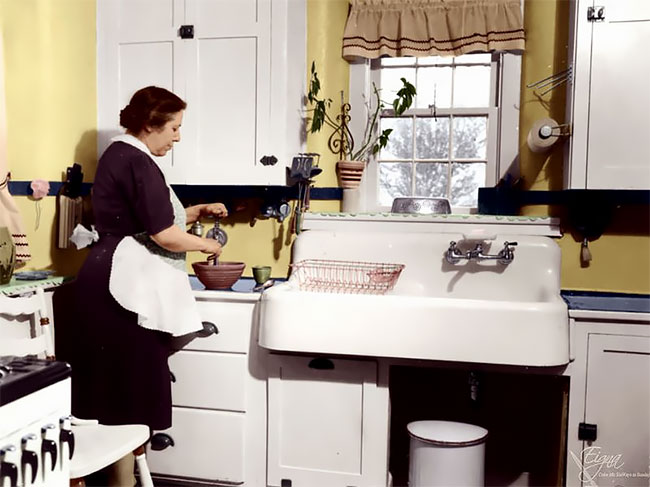 A Little Seasoning, circa 1930s 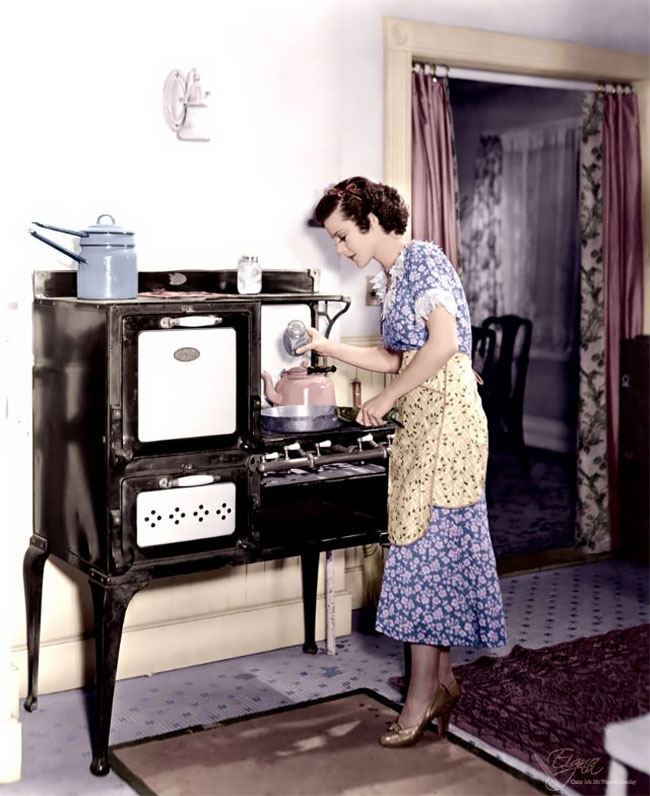 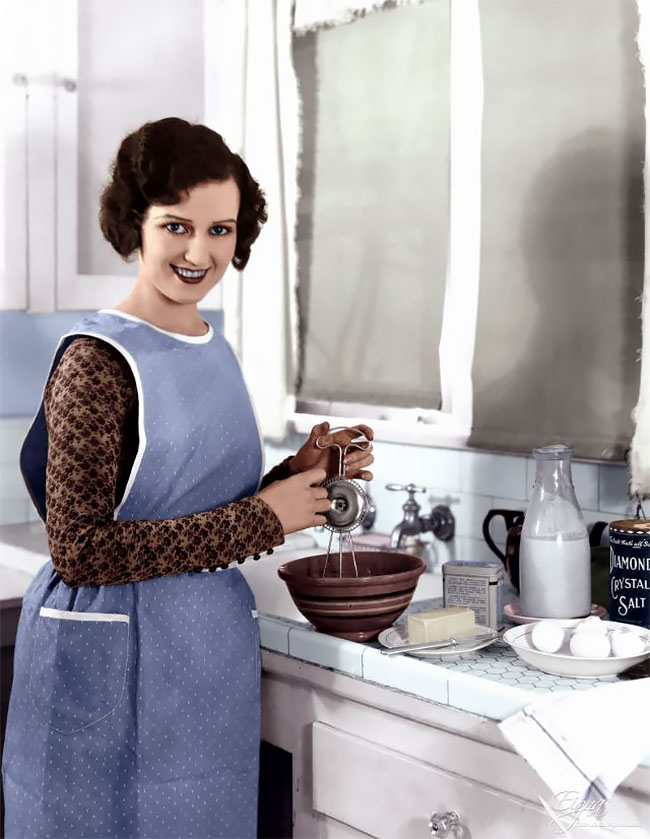 Jean Harlow in the kitchen, circa 1930s 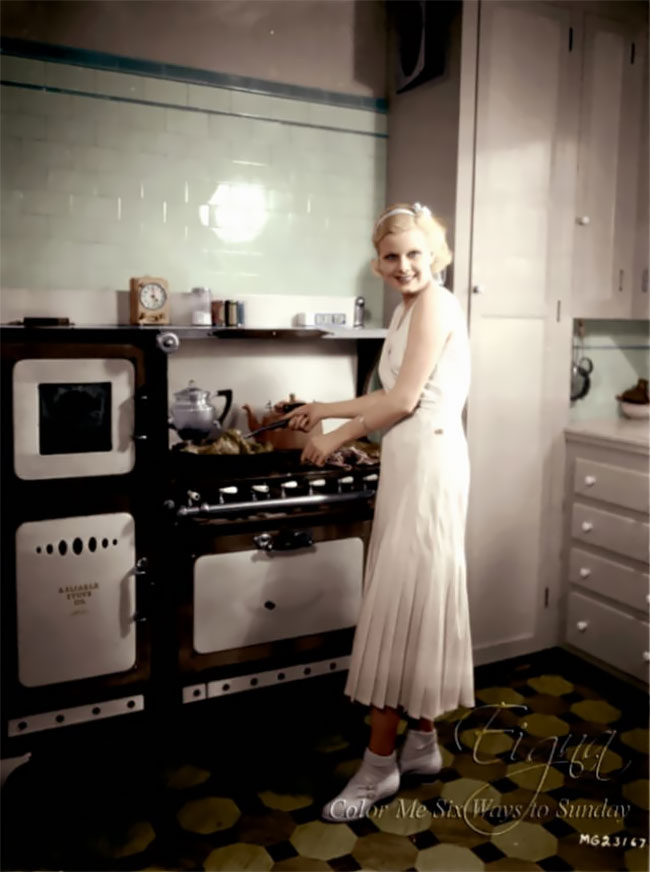 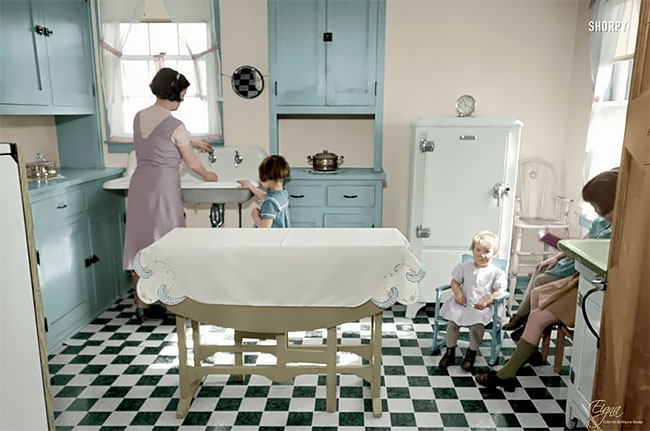 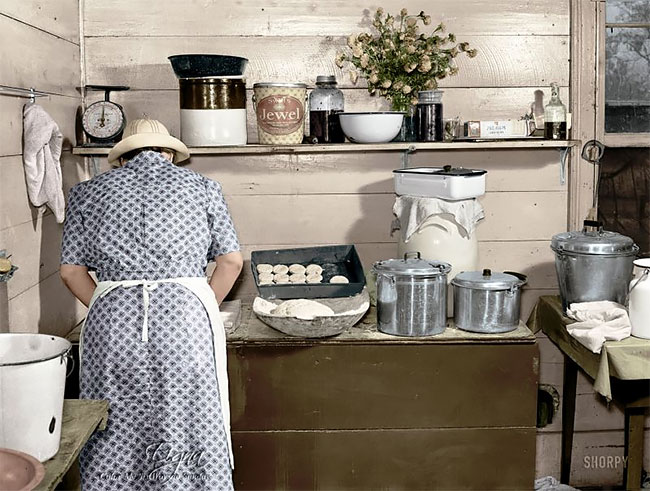 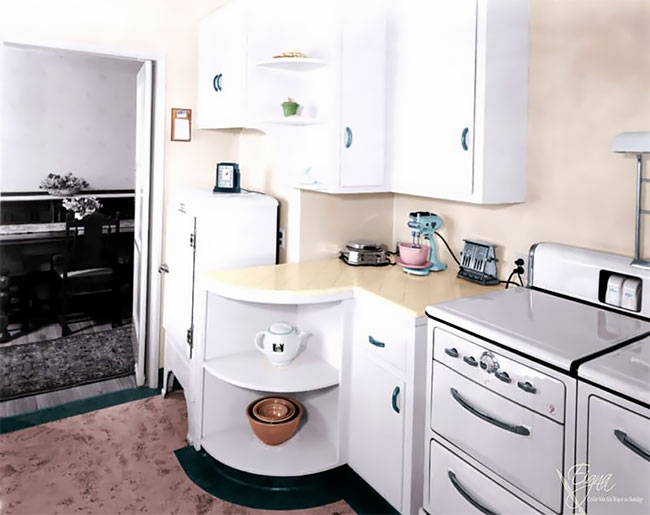 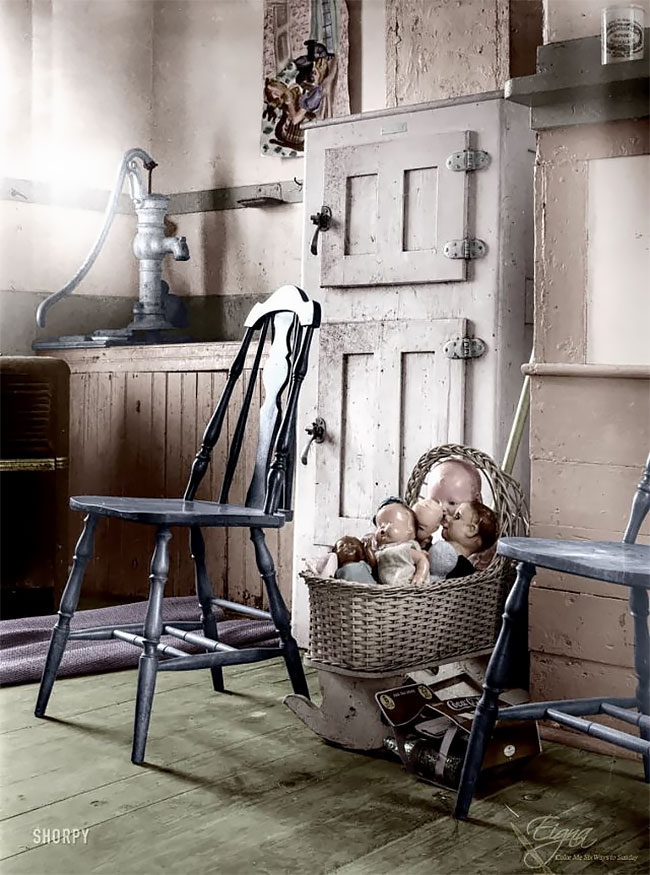 In the kitchen with Judy, circa 1940s 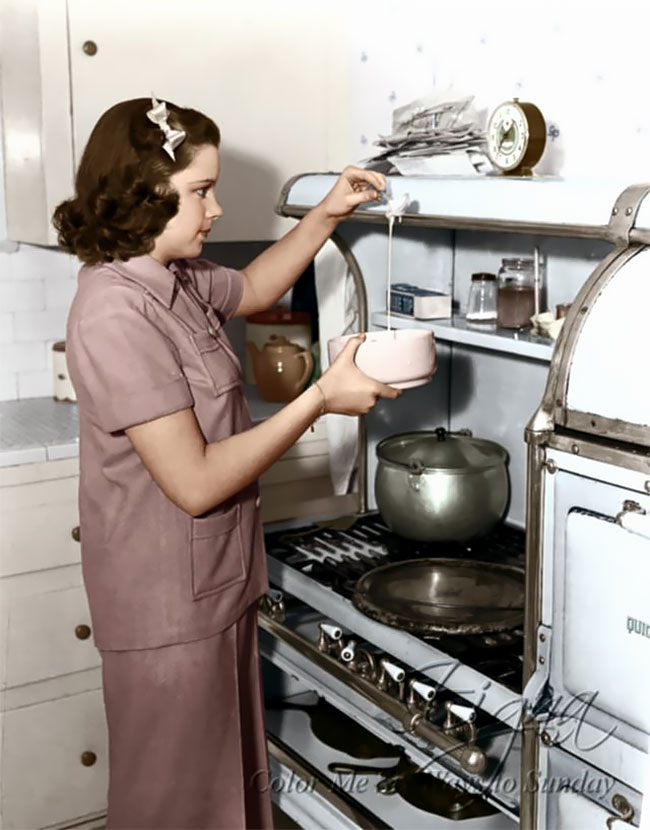 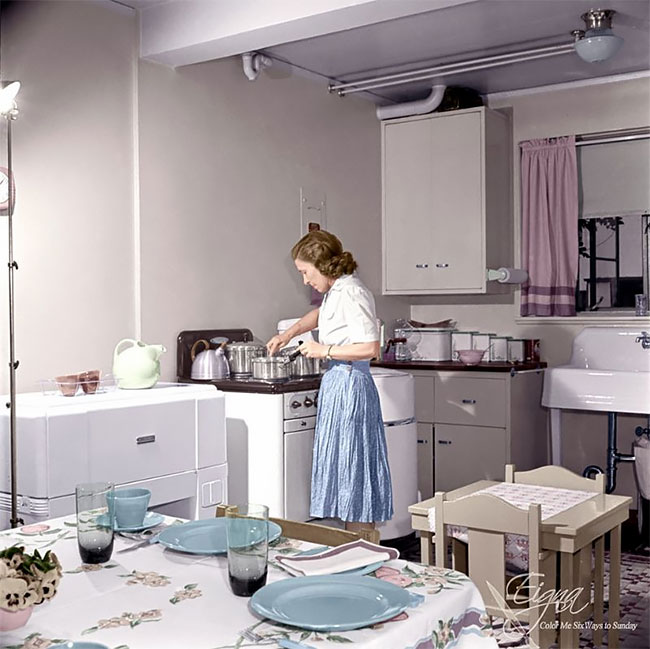 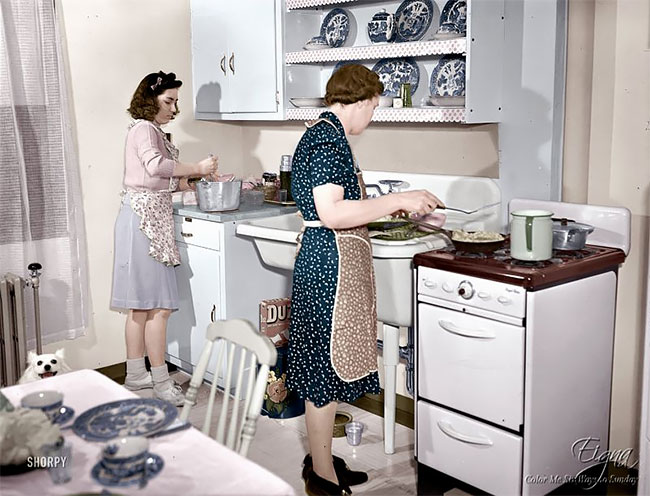 Mrs. Leslie Atkins taking an orange out of her well-stocked refrigerator, Greenbelt, Maryland, May 1942 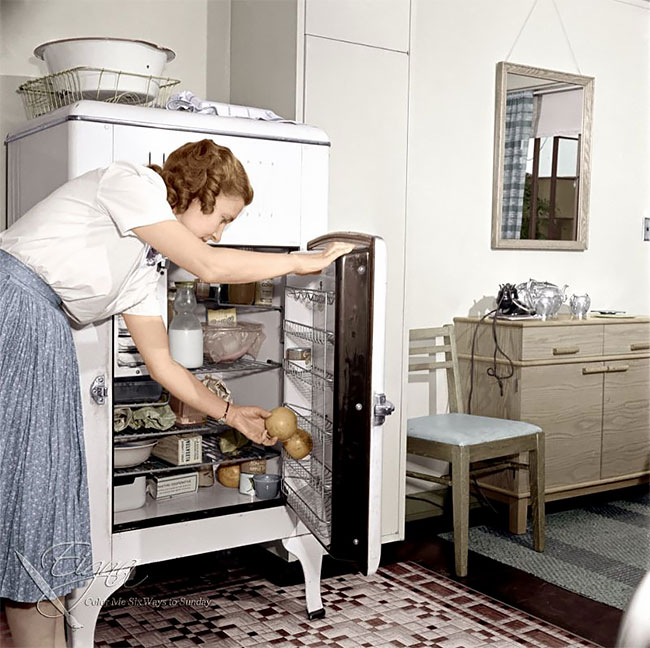 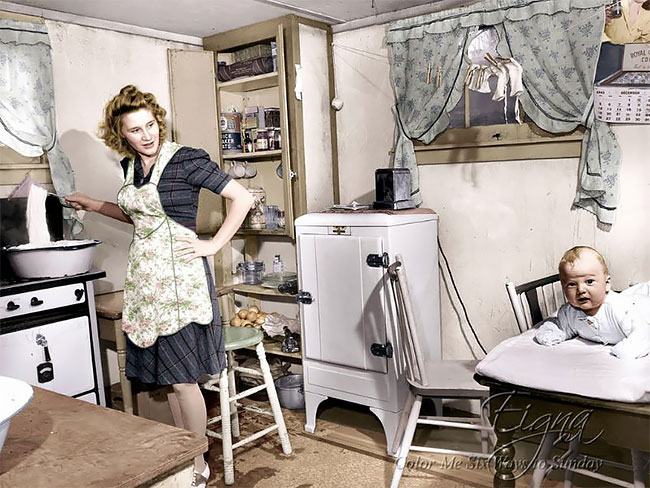 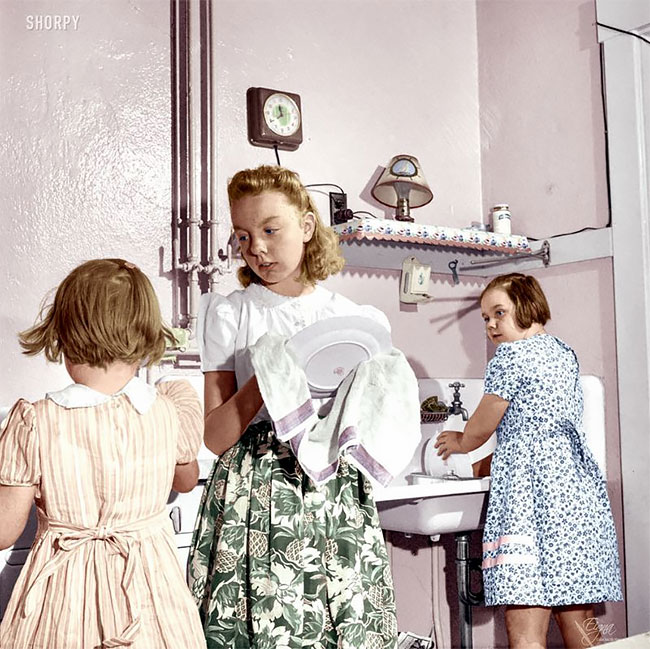 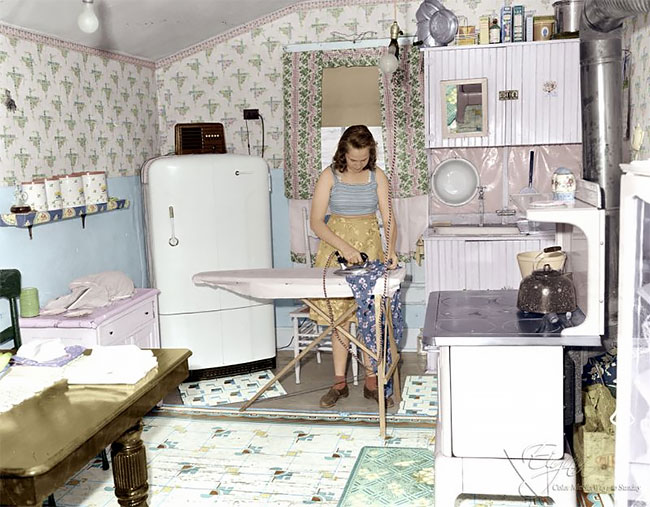 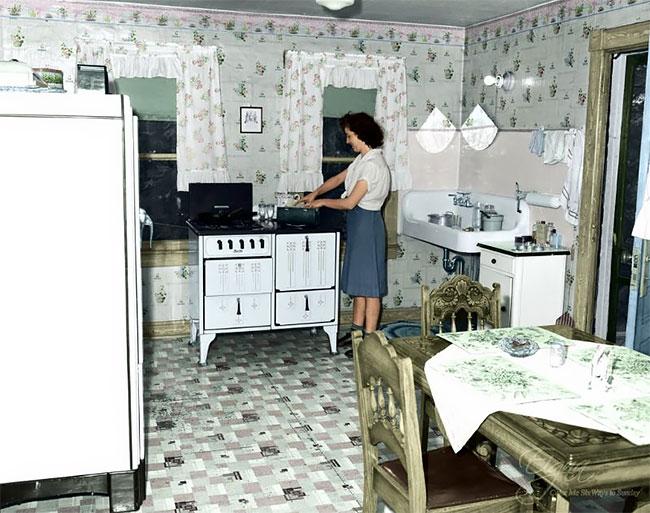 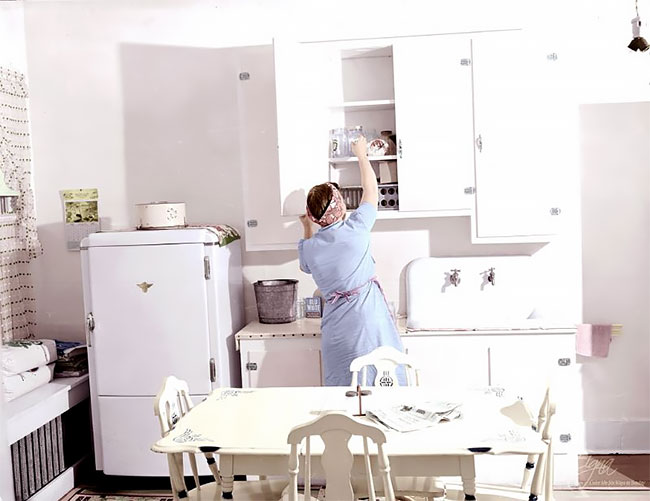 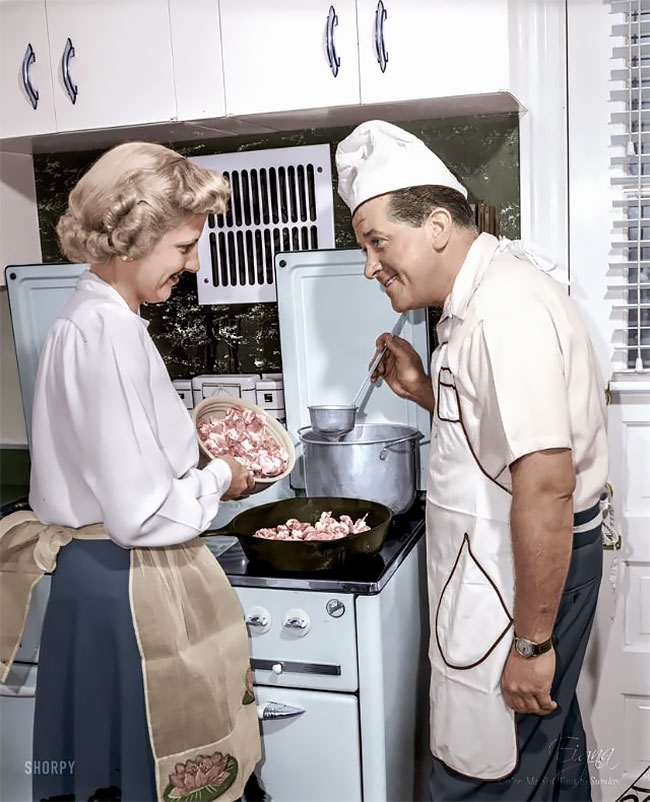 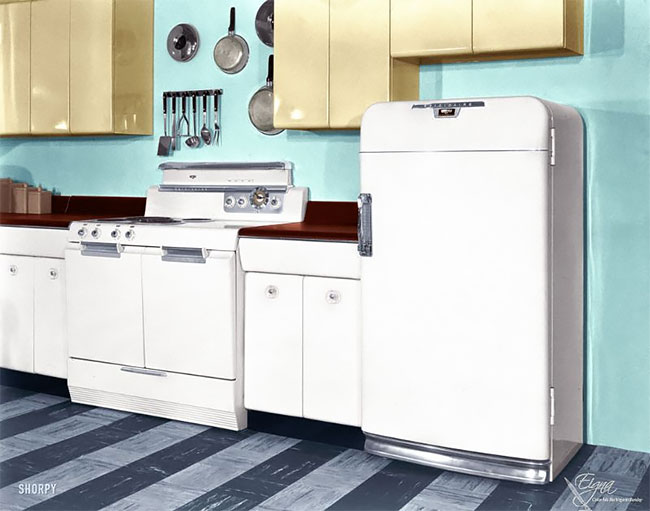 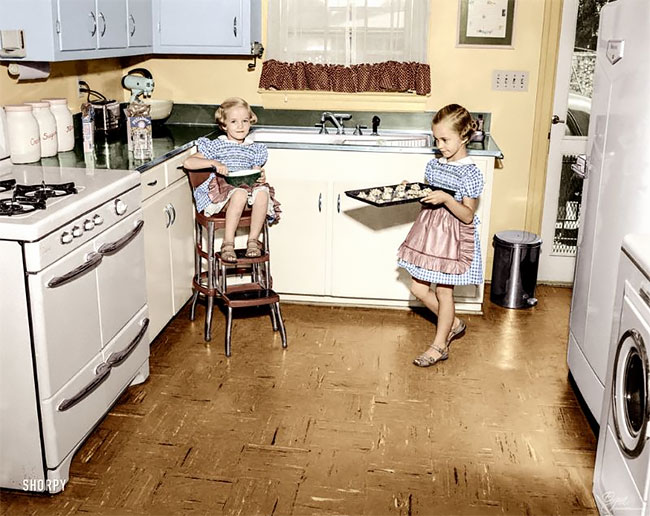 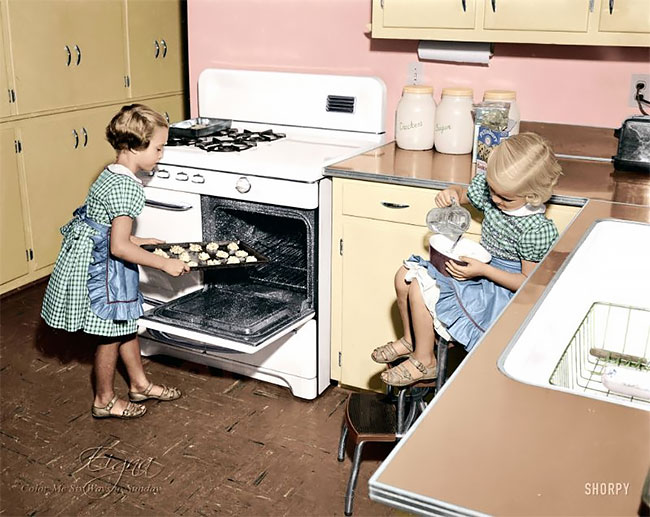 The Most Awkward Family Christmas Photos Ever
What Media Can Do With Our Minds And The Truth
Here Are The Winners Of The 2016 iPhone Photography Awards
Low-Budget Glamour Shots That Are Just Too Terrible For Words
"Cats And The City": Russian Artist Imagines A World Where Humans Live Among Giant Cats
The Best Photos From The B&W Child Photography 2015 Photo Contest
London in 1979 Through Fascinating Photos of George Kindbom
The Qajar Series, Inspired by The Studio Portraiture First Introduced to Iran in The Late 19th Century
Extraordinary Black And White Fashion Photography By John French In The 1950s And 1960s
SPKSMEN Campaign, Spring '11
#HerWhite: Gorgeous Black And White Beauty Photography By Dmitry Bocharov
The 'Real' New York: Gritty Scenes Of NYC Street Life In The 1970s
Stunning Photos Of Haile Selassie I, The Emperor Of Ethiopia
Stunning Vintage Photos Of British Football Fans From The 1900s To 1940s
The Immersive Black and White Photography of David Yarrow
These Guys Hide A Dildo In Every Instagram Picture
Post-Soviet Russia in Provocative Visual Mise-en-Scenes of Sergey Chilikov
“The East End In Colour”: Rare And Gorgeous Kodachrome Photographs Of London In The 1960s And 1970s
“After the Apocalypse” by Photographer Lori Nix
Getty Images Photojournalism Grants
Smithsonian Magazine's 2013 Photo Contest
Beautiful Rare Black And White Photographs Of 20 Year Old Norma Jeane Dougherty (Later Marilyn Monroe) On Malibu Beach In 1946
Stunning Black And White Photos Of The Skateboarding In The 1960s
"Belfast Kids": Photographer Dave Sinclair Shows Us the Faces and Lives of Children in The City Affected by Social and Political Change and Upheaval
Quirky Photographer Justin Quinnell Is Known for His Eye-Catching Photographs Taken from A Unique Angle – Right Inside His Mouth
Controversial Walking Dead Photo Shoot Gets People Talking
Grandson Inherits His Grandfather’s Collection Of Unseen Street Photos Taken Over Half A Century Ago
Scenes From A Tiny World Where Everything Could Happen: Photograher Turns Everyday Objects Into Fun Miniature Worlds
Scenic London: A Pre-Olympics Look
September 18: This Day in Photos from the Past
colorized, food, home, household, kitchen, retro