Customized “Pioneers” and the Road of Life 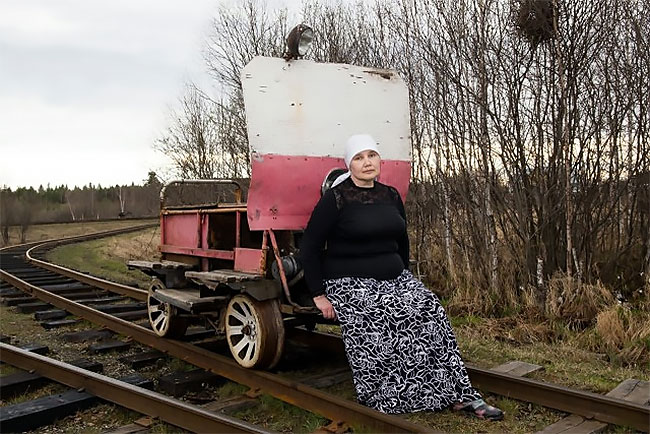 Narrow-gauge line is the relic of the industrialization century, and such vehicles of simple construction randomly appeared in the remotest corners of the world. They carried people and loads in deep taiga or ore mines. With no exaggeration, they were moving for life. 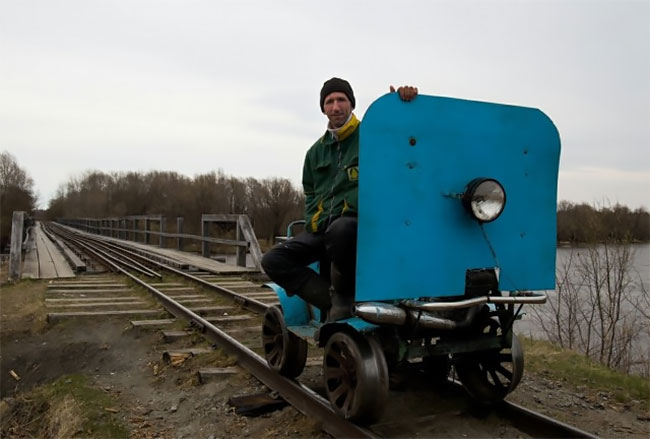 This narrow-gauge line in Ural was built in late XIX century to become the longest one in the world. It connecred some dozens of settlements with civilization, that is why people called it “the road of life”. 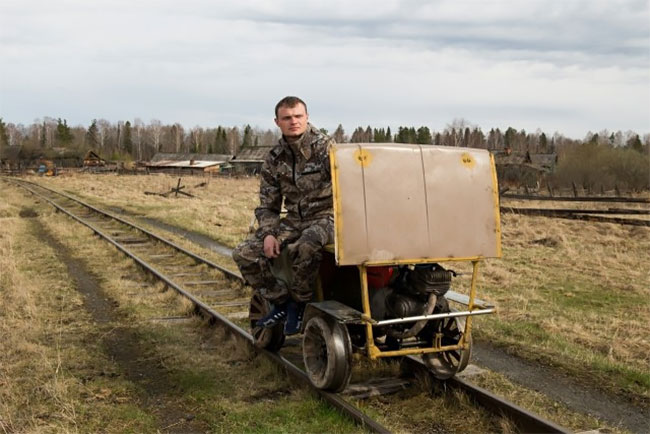 And such motorcars became the most convenient method of transportation. TD-5U “Pioneer” also known as “mad stools” were produced in the 50s, the maximum speed of the vehicles reached 37 mph (60 km/h). It has always caused many accidents. People used to make their own customized “pioneers”, added different features thereto – for example an engine of a motorcycle “Minsk”. Wealthier families could have several “pioneers”. Sons inherited them from fathers but also made their own to prove their maturity. 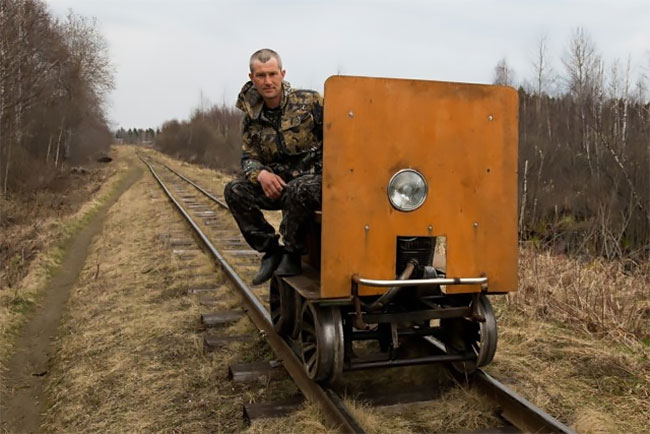 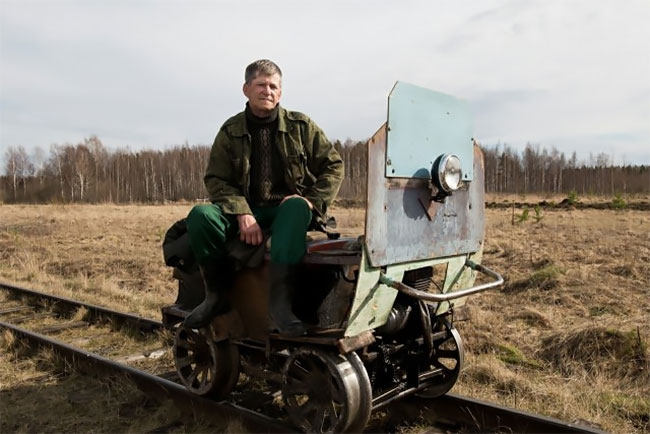 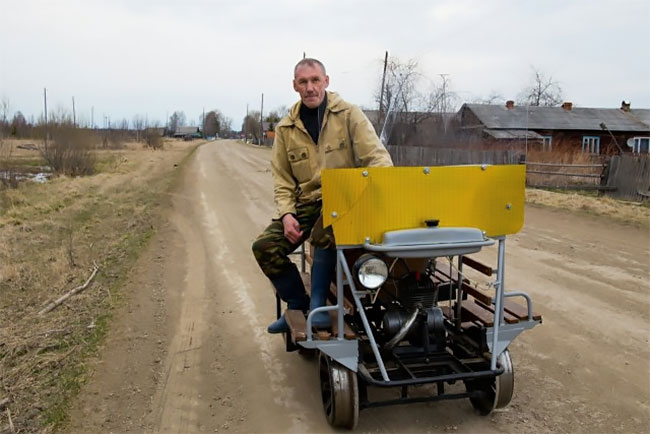 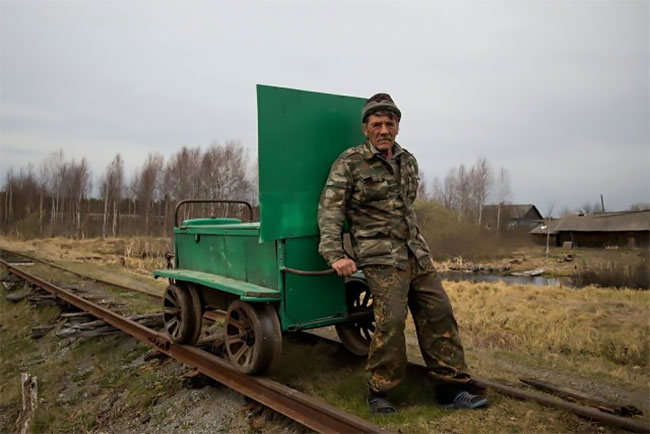 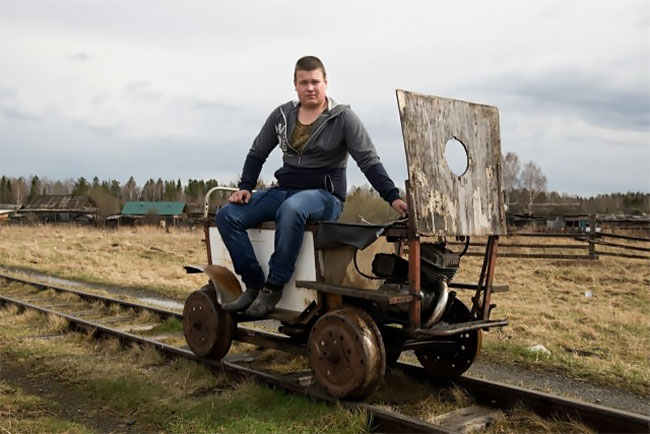 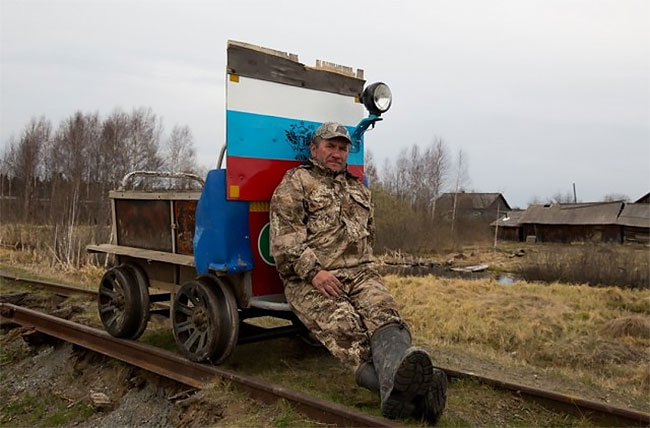