Shocking Before and After Composite Portraits of Drug Abuse 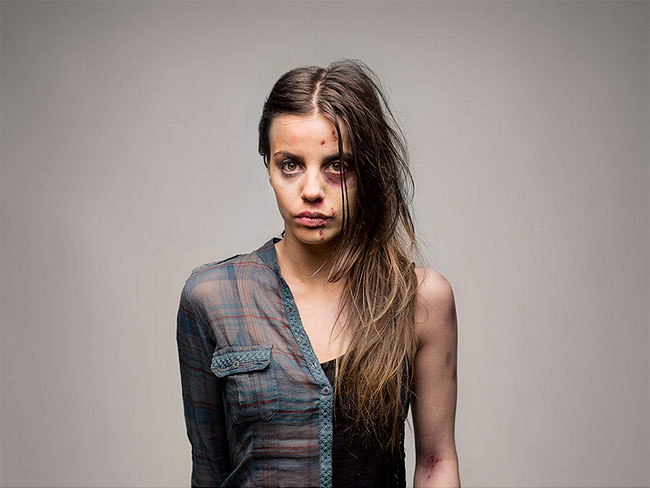 London-based photographer Roman Sakovich gives us a glimpse of the drastic visual differences that substance abuse can cause in his series titled Half. By splitting his subjects’ style choices and physical appearances straight down the middle of their portraits, the photographer presents a before and after composite image that shows us two timelines—one of the addict (on the right) and one of the non-user who still has the choice to change his or her fate. 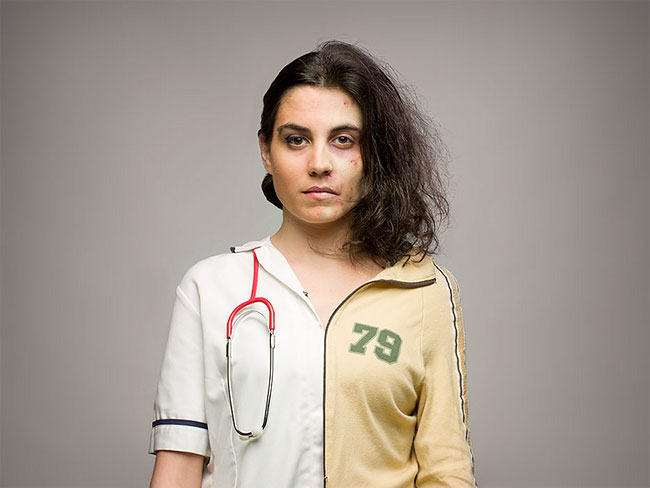 While you might think that a great deal of Photoshop was used to produce each image, Sakovich says that most of the effects were created in-camera. The transformations were accomplished with skilled costuming and makeup design rather than post splicing and merging. The result is an eye-opening look at the damaging effects of drug abuse, especially meth addiction which is known to have a considerable amount of impact on one’s physical appearance. While the photographer admits it is a stereotypical and perhaps superficial look at substance abuse, it is, nonetheless, effective. 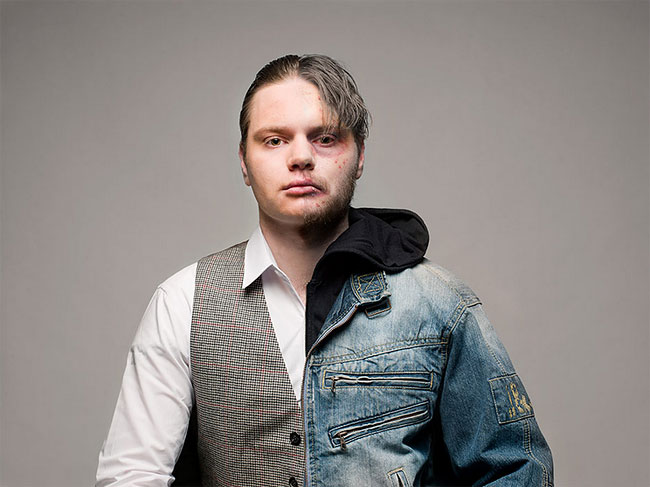 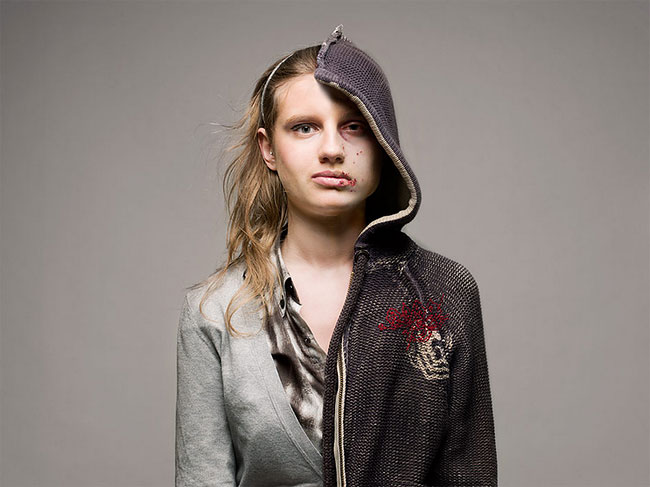 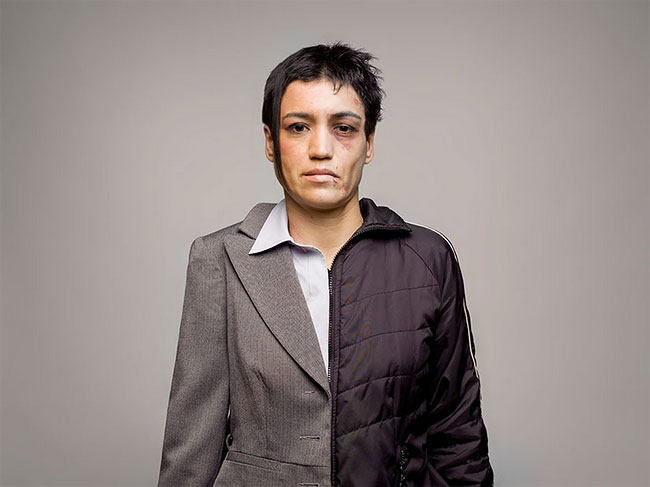 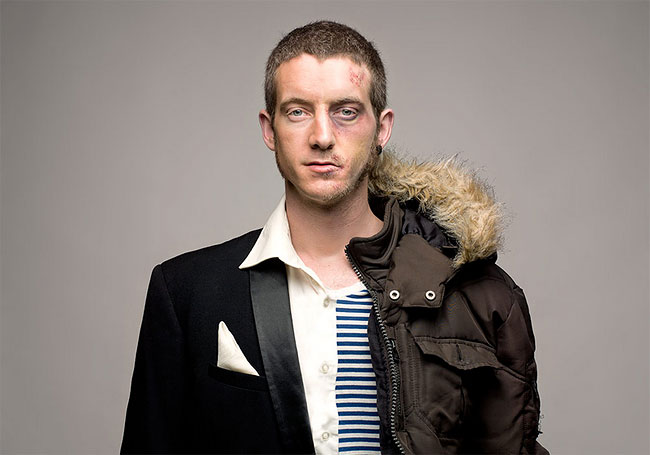 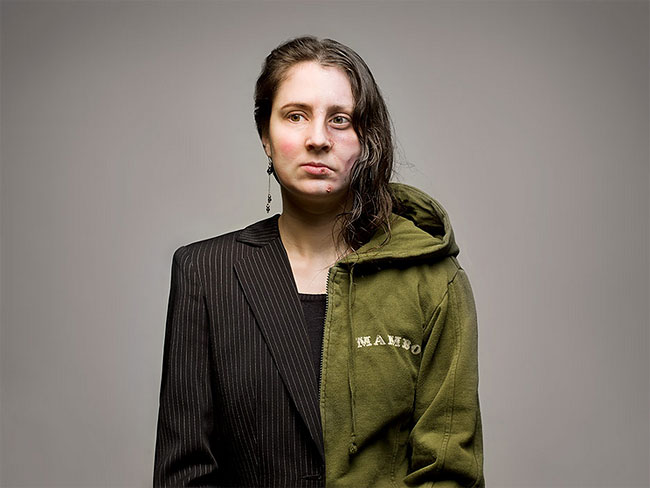 Prison Inmate Dances to Freedom
Surreal Black And White Analog Photo-Montages By Thomas Barbèy
Here Are The 30 Best Photos That NASA’s Curiosity Has Taken After 7 Years On Mars
Miniature Life Exhibition Shows Whimsical Uses of Everyday Items by A Japanese Artist
Surreal And Fine Art Portrait Photography By Konrad Bąk
Every Spring This Forest In Belgium Becomes A Blue Wonderland
Photographer Angelica Dass Matches Skin Tones with Pantone Colors
Meet Ellen Sheidlin, The Russian Instagram Princess
Man Babies: Mum And Dads Switch Heads With Children In Freaky Photos
Stunning Photos Of The Pulitzer Prize-Winning Associated Press Photographer Robert Bukaty
The Mysterious Woman Who Ticking Military Men Under Their Chins While Taking Pictures in the Photo Booth in the 1940s
Breathtaking Photos Of London From Above
The Dark And Surreal Photo Artworks Of Ben Ward
The Most Appealing and Performing Electric Cars of 2011
Gorgeous Fine Art Portrait Photography By Alexandra Bochkareva
Internet K-hole: the Best Photo Blog You've ever Seen!
19th-Century People Have No Clue What To Do With 21st-Century Technology
Stunning Winning Panoramic Photography From The 2018 Epson Panoramic Awards
Surreal Self-Portrait Photo Manipulations By Annegien Schilling
Photo of Holden Crater on Mars
Fashion Campaign for Schield Collection
Two Sisters from Norway with Magical Photos Inspired by Nature and Music
Grandson Inherits His Grandfather’s Collection Of Unseen Street Photos Taken Over Half A Century Ago
Beautiful ’60s Fashion Photography by Henry Clarke
Terrible And Bizarre Pictures Taken By Real Estate Agents
Photo of the Day: The Rescued Cat
UK Astronomy Photographer Of The Year 2016 Shortlist
Venezuela's Surreal Prices
Giant Eyeball Found on the Beach
This is What Photographers Look Like When You Take Away the Camera
abuse, after, before, composite, portraits, shocking