What’s better than yoga? Well, according to Australian cat cafe Catmosphere, yoga with cats (of course). 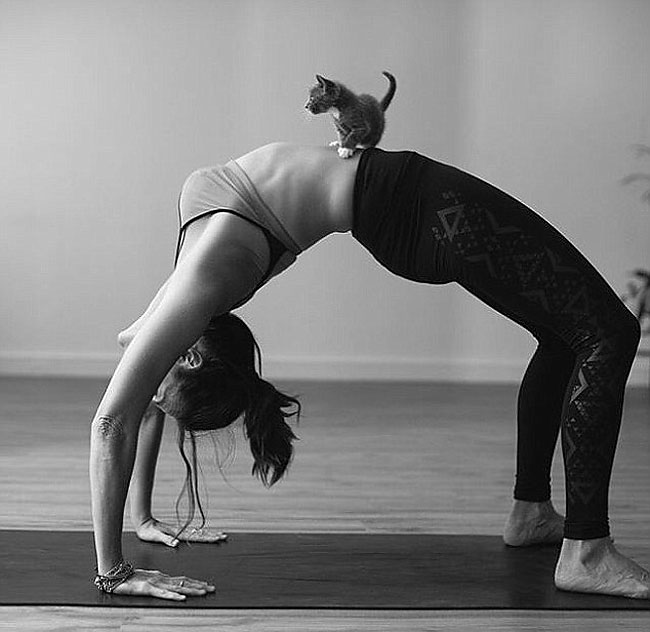 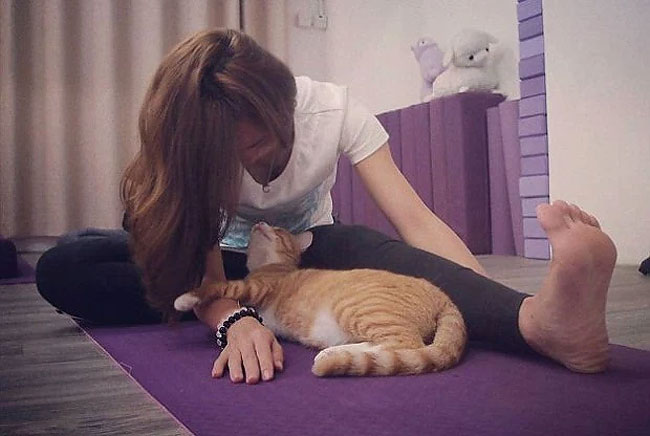 During the yoga sessions, no one is allowed to interact with the cats, allowing them to wander freely instead. 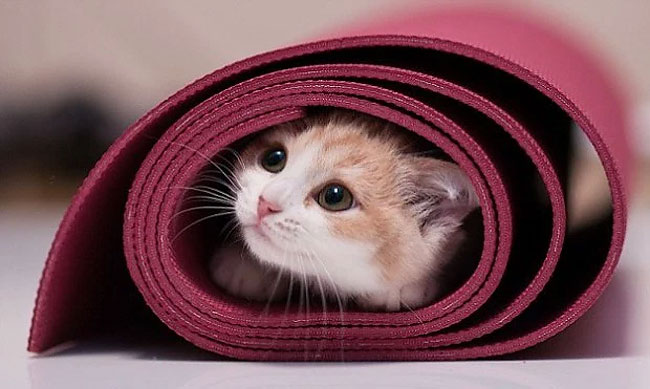 Co-owner Thomas Derricott told the Daily Mail, “[It’s like] traipsing into the savannah to sit perfectly still to allow the wildlife become accustomed to your presence.” 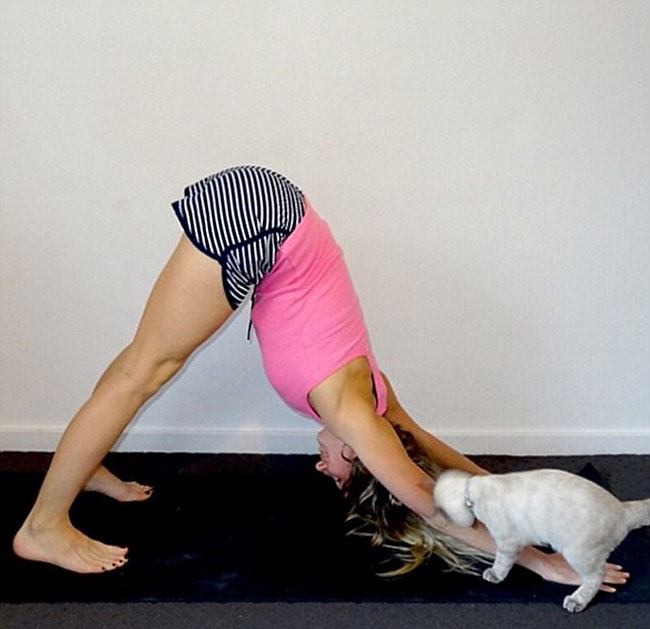 He added, “A study found that 15 minutes spent in the presence of cats reduces stress and anxiety levels.” 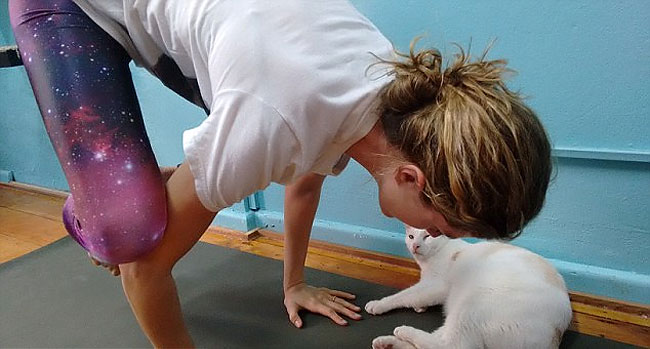 “Combining cats with yoga is a spectacular way to combat stress.”

Keen yogi Sasha Haycraft thinks that the cats also test balance and strength, describing how her cat “pounces on my hair from across the room, usually when I’m trying really hard not to fall over.” 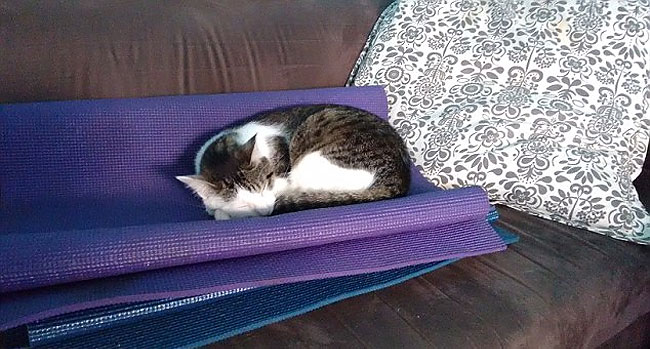 With classes of 10 people and up to 19 cats in a session, Thomas reckons the animals find the experience a little strange, but fun all the same.

“The cats seem to find it an oddity. They try and nudge the guests when they’re performing yoga.” 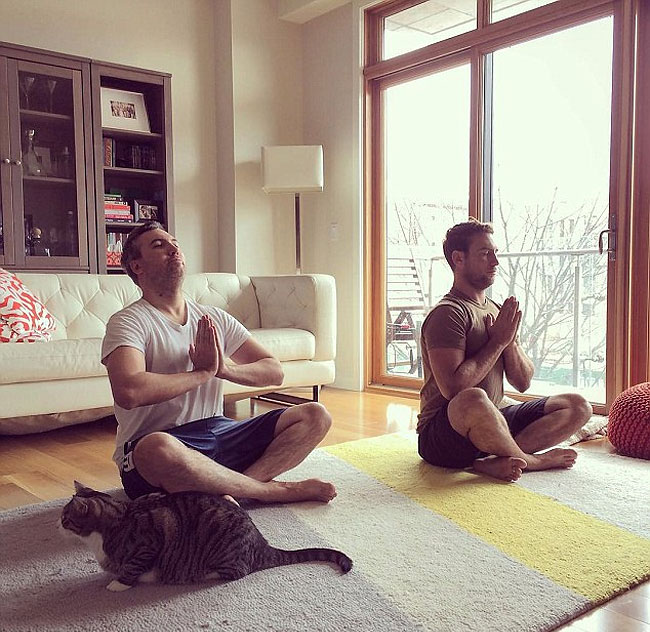 “They love the mats so they will sink their claws in.” 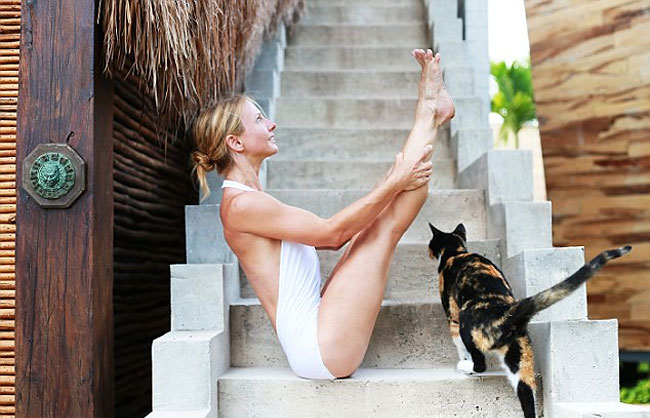 “At the end of the class it’s common practice for the yogi to guide everyone in meditations as they press their hands together and say ‘ohm’” Thomas said. 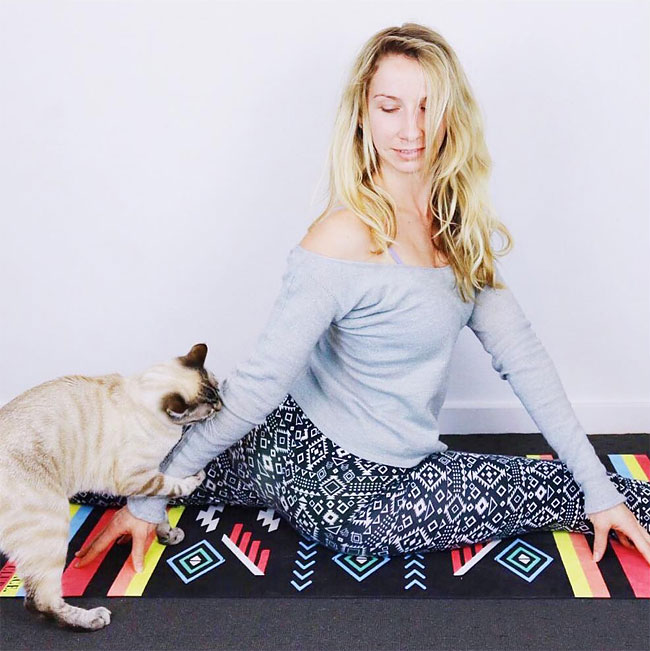 “The cats have no idea what to make of the noise, they don’t know if they should be terrified, affronted or intrigued.” 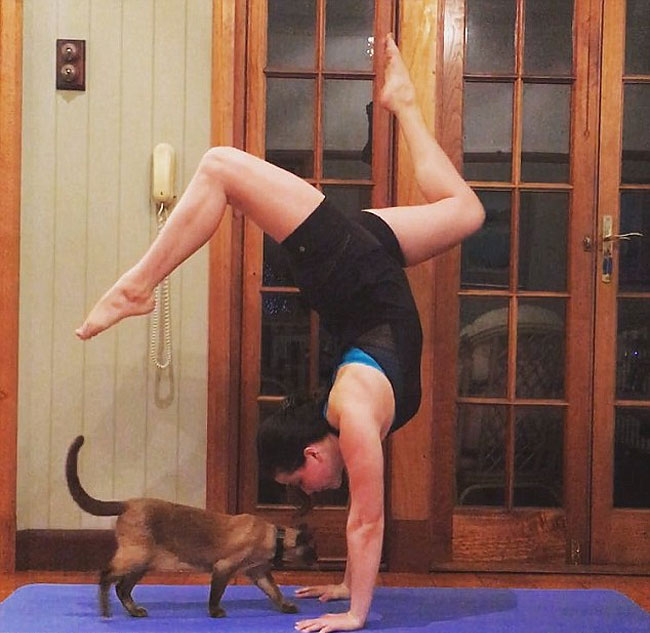 It sounds like a furry cat-astrophe, but we’d still be up for a session next time we’re looking to relax down under. 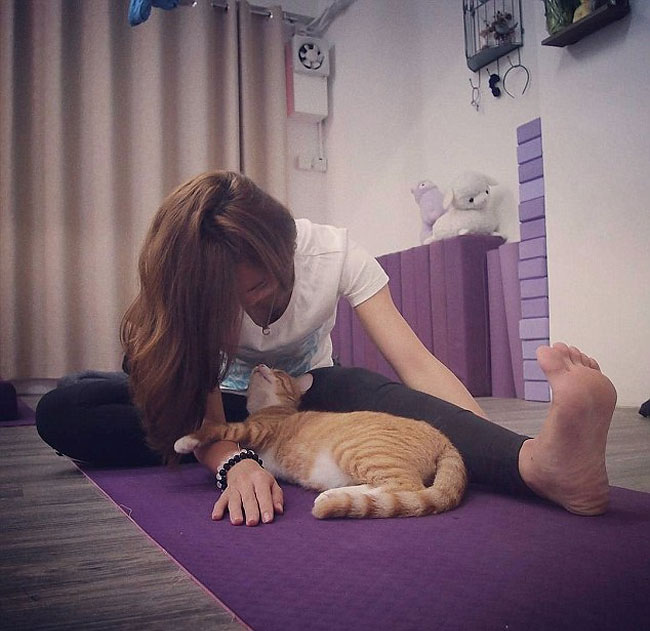 Cat yoga classes are currently fully booked but you can see the cat cafe for yourself (or just look at cats) in the video below:

2021 Social Justice Kittens Calendar Is Here!
A Sweet Little Photo Story Proving That True Love That Knows No Bounds
The Extremely Rare Black Leopard Confirmed In Africa For First Time In 100 Years
Photographer Sabrina Boem Beautifully Captured The Monorail Cats
Zookeeper Can’t Take It Anymore, Decides To Add Pokemon Go Signs Next To Animals
ZSL Animal Photography Prize 2015
Monkey Adopts Kitten
Cats Of War: This Artist Hilariously Combines Military Hardware With Giant Cats
Scientists Are Painting Eyes On Cows’ Butts To Stop Lions Getting Shot
Libby And Elsa, The Adorable Relationship Between A Toddler And Her Kitty
Doug The Pug Imitates Kim Kardashian In A Series Of Hilarious Selfies
Dog Shopkeeper from Musashi-Koganei,Tokyo
Cat Fishing: Leopard Gets Covered In Mud Catching Its Fish Supper
The Surprising Beauty Of Microscopic Insects, Isopods And Crustaceans Illuminated With Polarized Light
Gabriel Khiterer Captures Majestic Portraits Of Stray Cats
Trapped Raccoons Saved from a Waste Container
Meet the Charismatic Pug Norm
First Australian Cat Cafe Opens in Melbourne
People Are Doodling On Snake Pics And The New Scenarios Are Hilarious
Sculpture Of Istanbul’s Social Media Phenomenon Cat Tombili To Be Inaugurated
Stunning Images Of Jellyfish At The Vancouver Aquarium
Stunning Images Of The Marine Seals Were Captured By A Diver Who Did Well To Hang Onto His Camera When One Of The Seals Attempted To Take A Bite Out It
Panda-suited Pickers
Spaniel Plays Mum for Lambs
australian, classes, kitty, thought