This Japanese Artist Makes Sculptures Out Of Snow, And Here Are The Coolest Ones 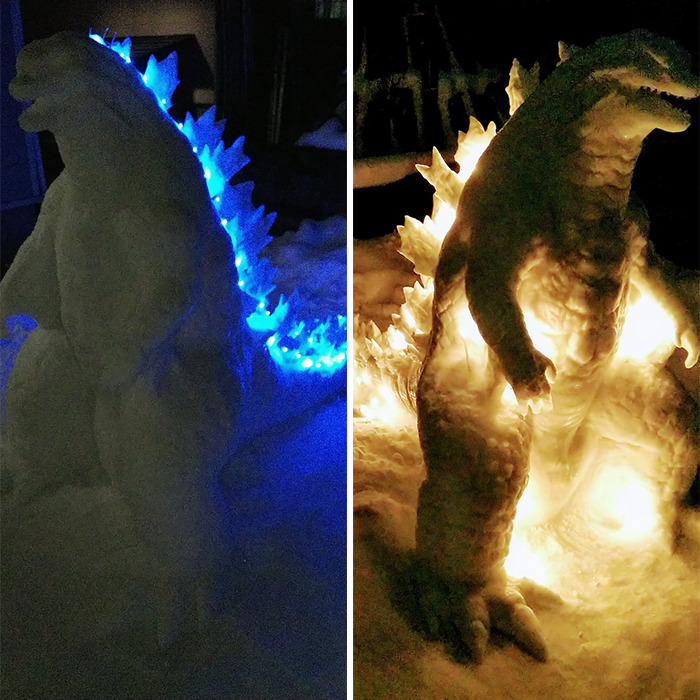 Winter is often associated with snow—whether you live in warmer climates or have to struggle with the cold for a better part of the year, snowflakes likely remind you of the brilliant white winter. And while some see the beauty of the season, others find a unique opportunity to show off their creative side. 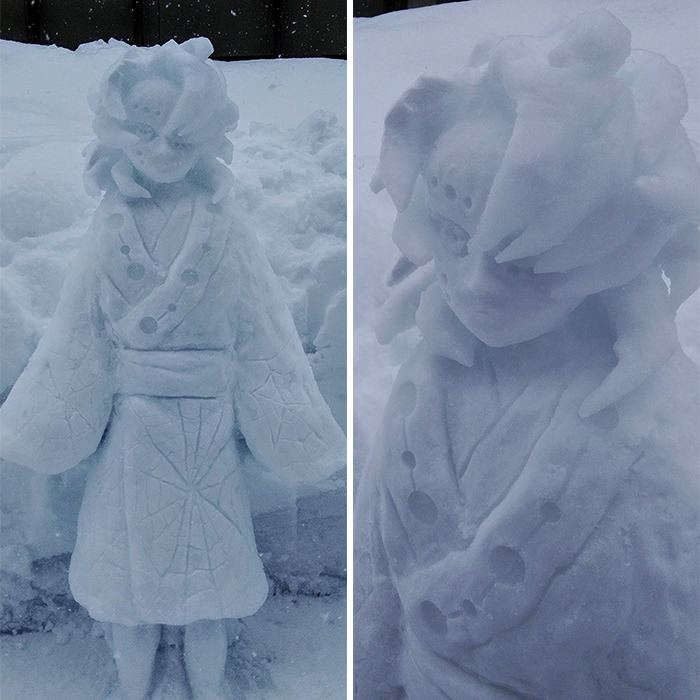 Of course, we’re talking about the elusive art of snow sculpting. Probably everyone has built a snowman at least once in their life—there’s something inherently fascinating about taking a fluid material and creating something concrete and, frankly, fun! However, as with many things, there are professionals next to whom our snowmen look like stickmen in front of the Mona Lisa. 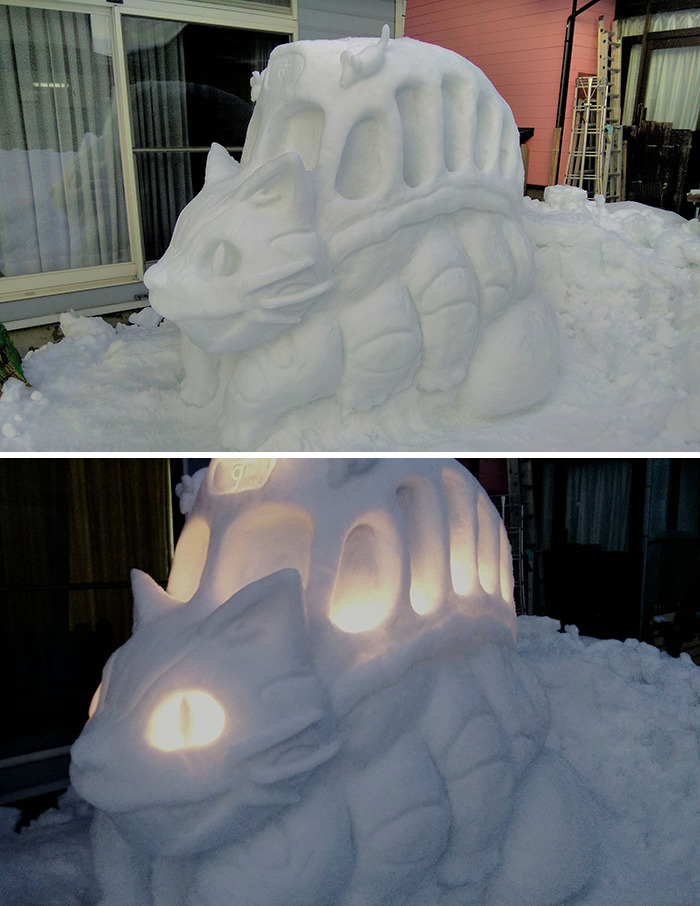 That’s exactly the case with this Twitter user whose works became viral. The user going by the name of @mokomoko_2015, a self-proclaimed snowman artisan, showcased their talent by making beautiful snow sculptures inspired by various fandoms, including Pokemon and Ghibli. There’s even a Godzilla or two! 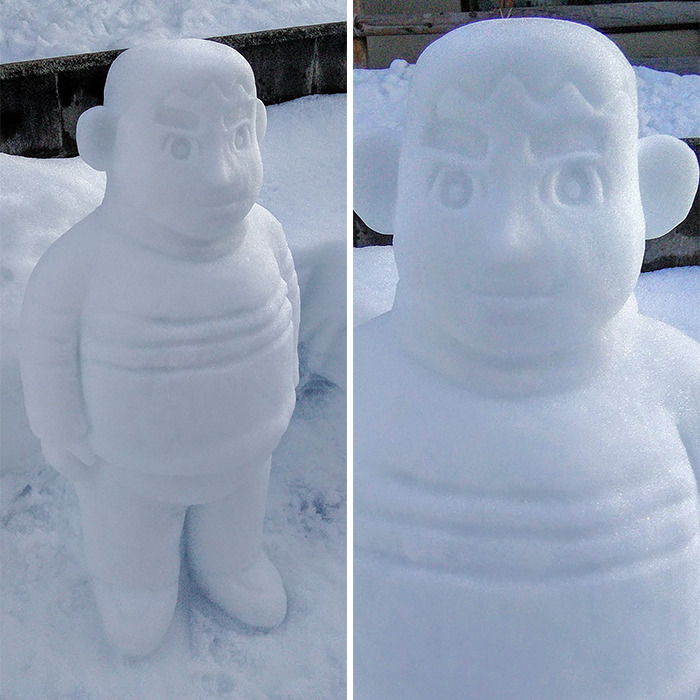 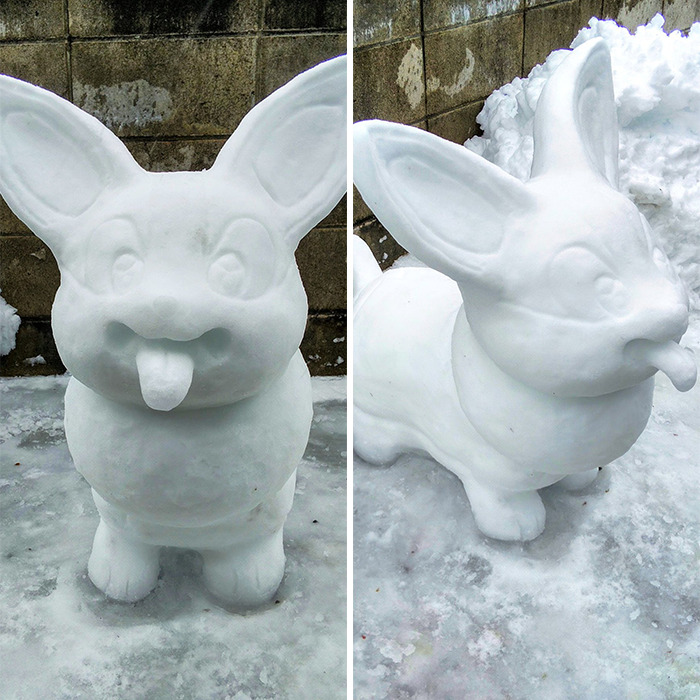 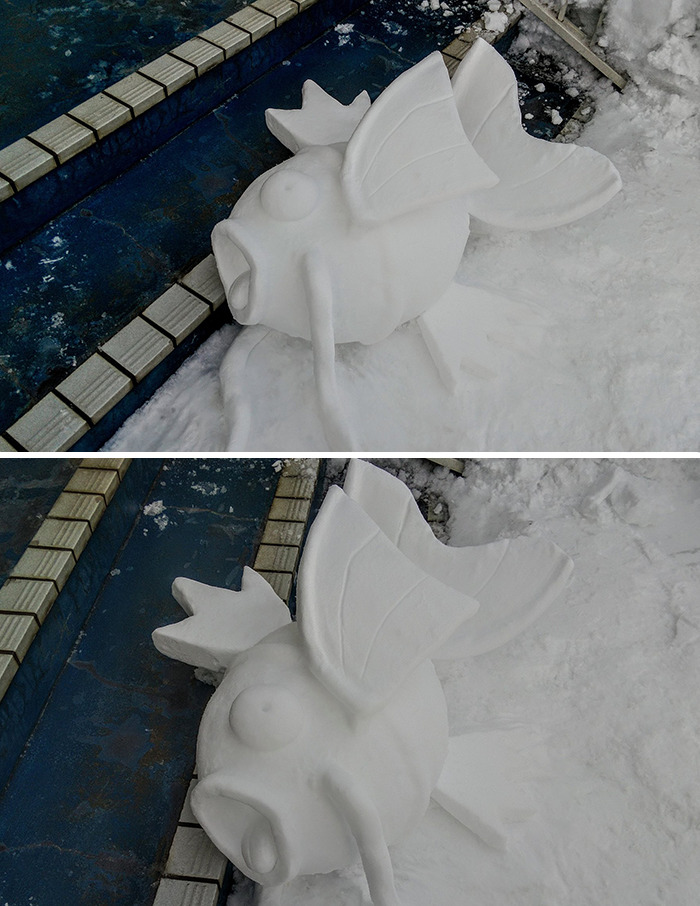 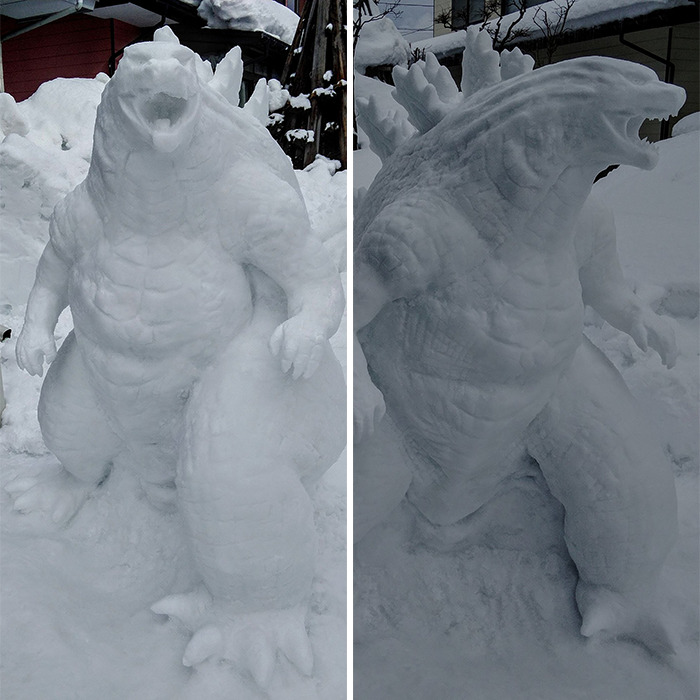 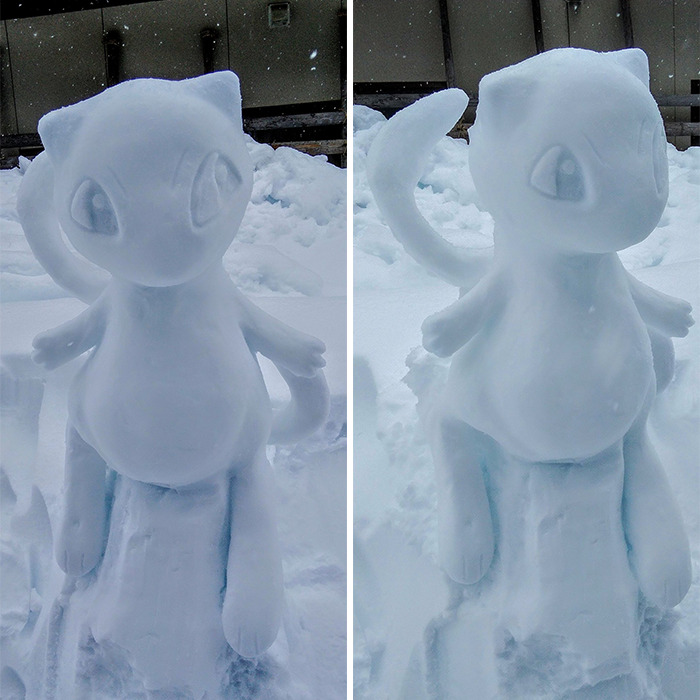 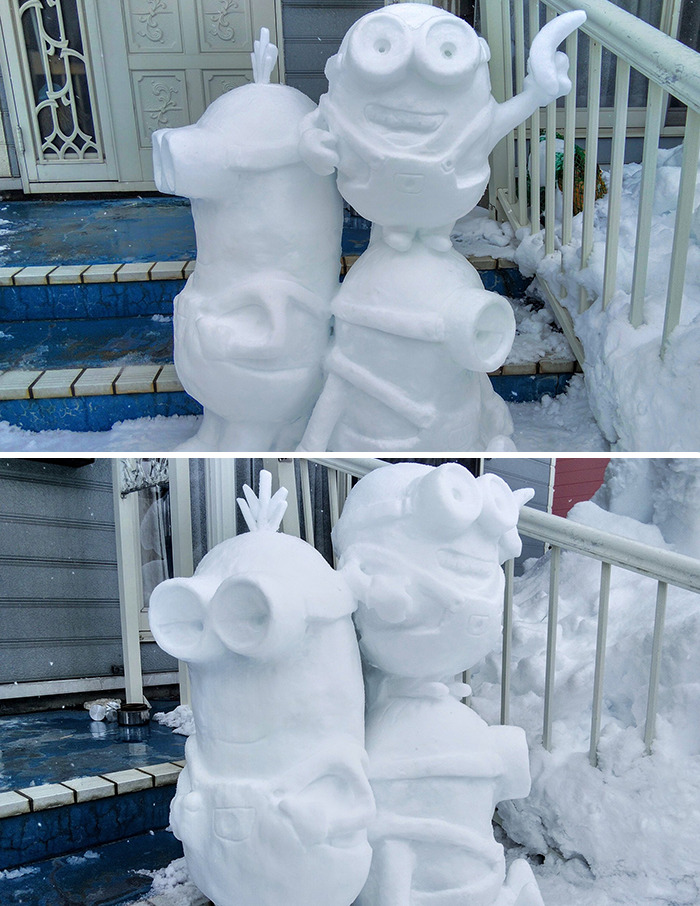 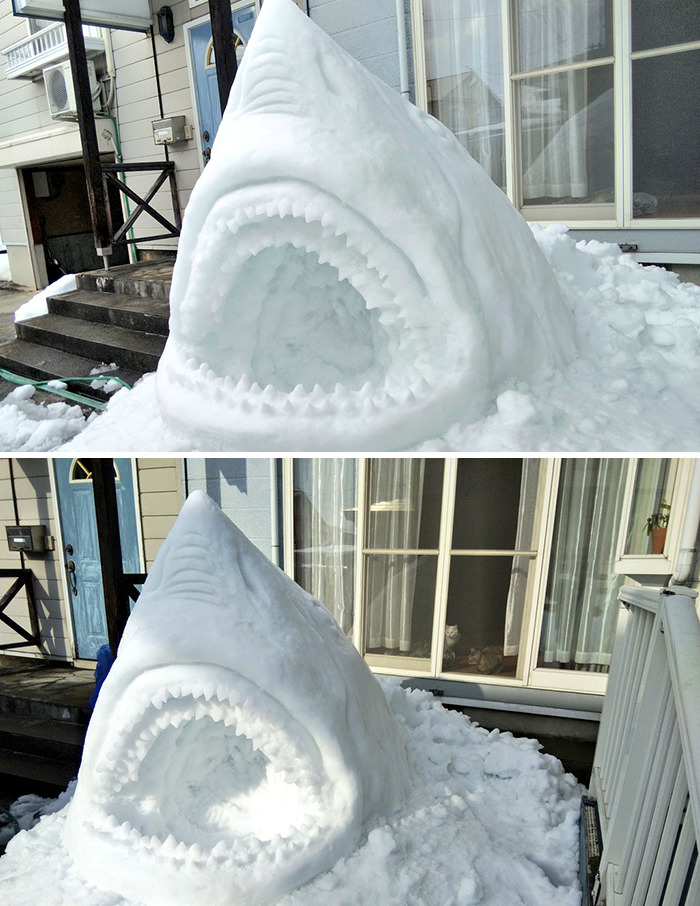 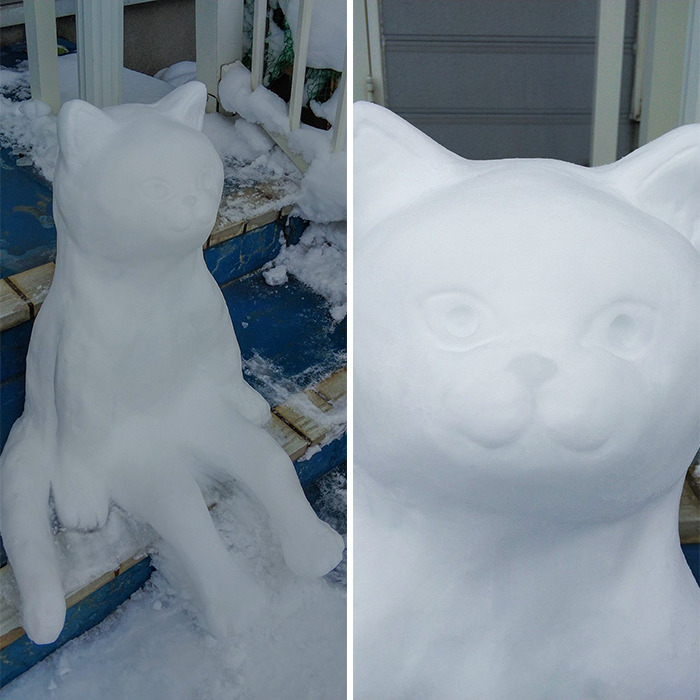 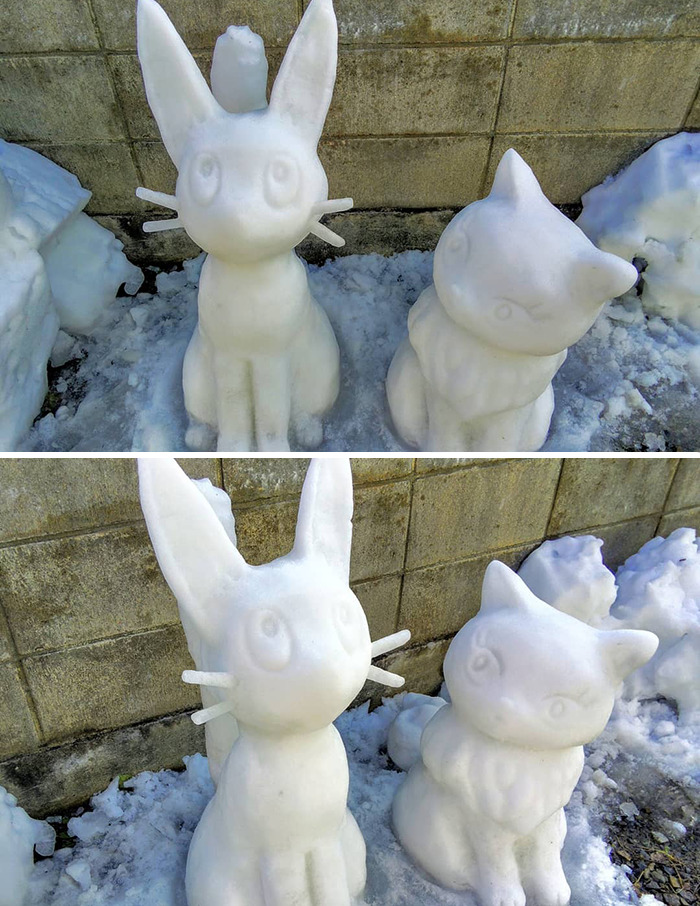 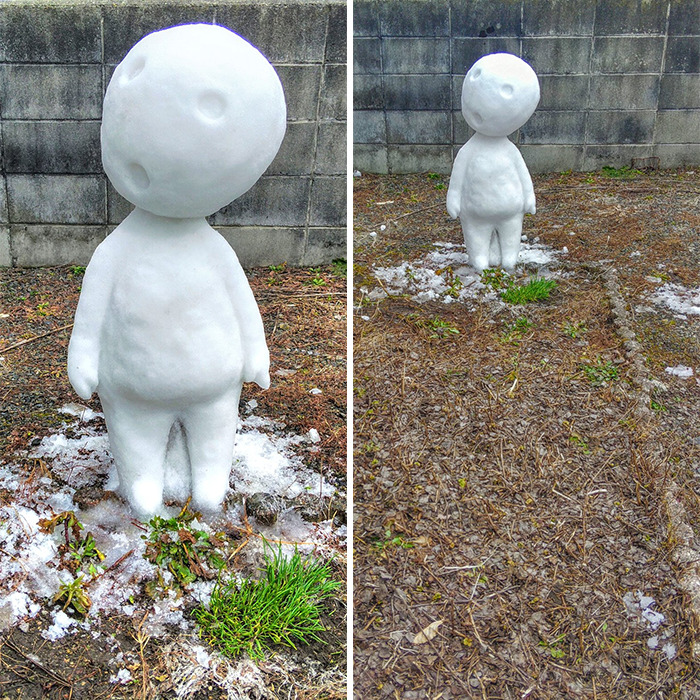 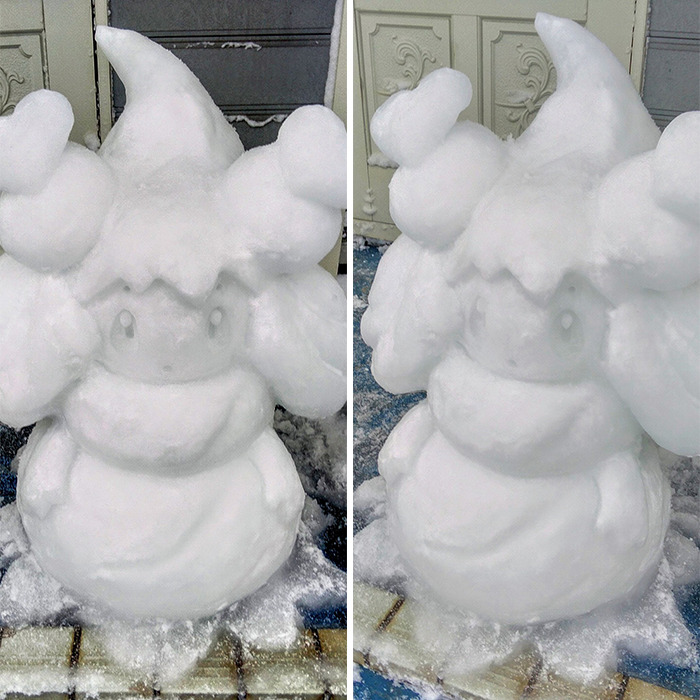 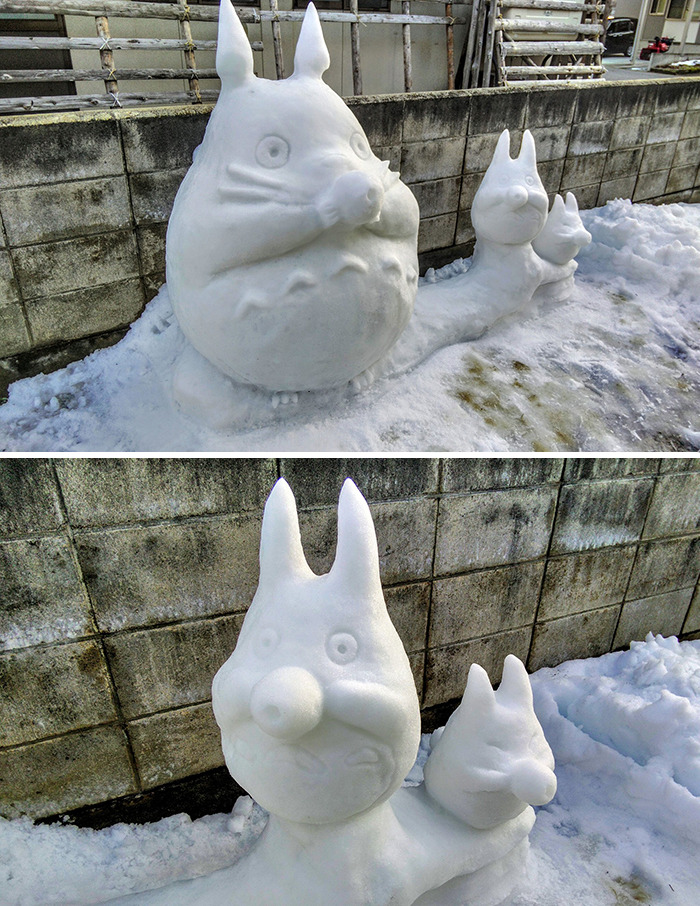 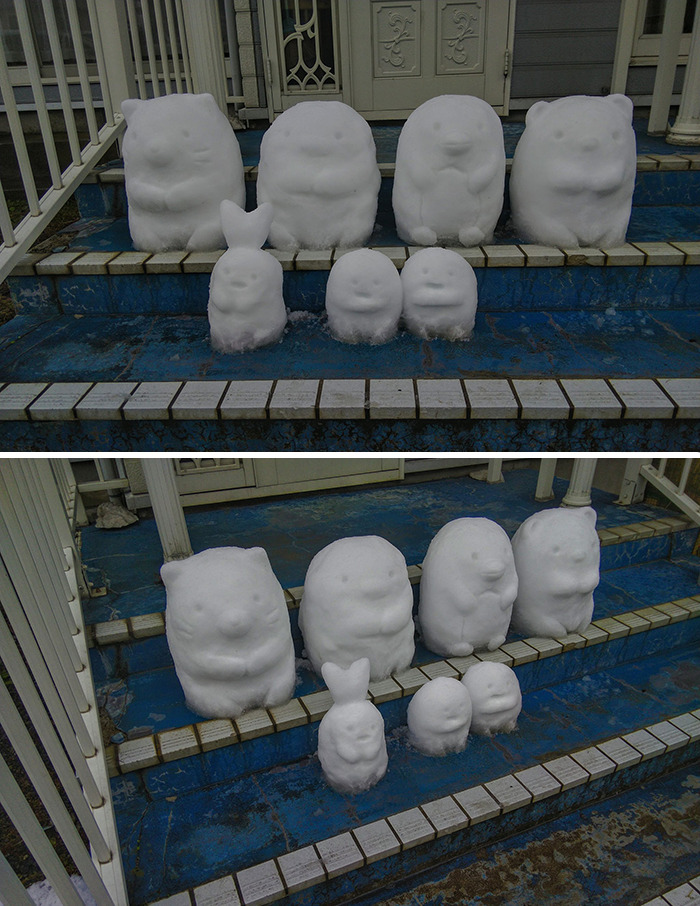 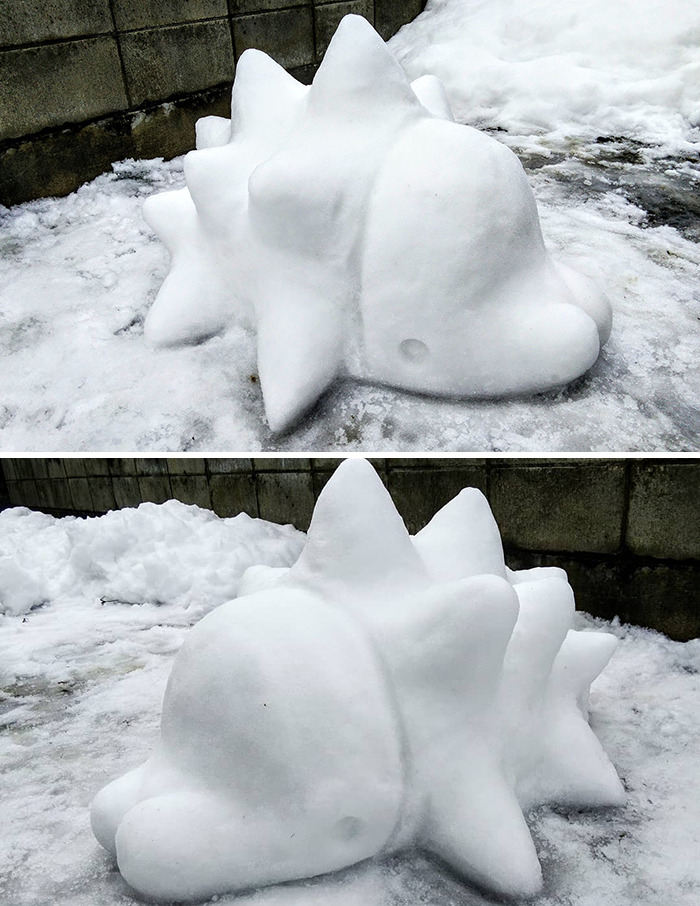 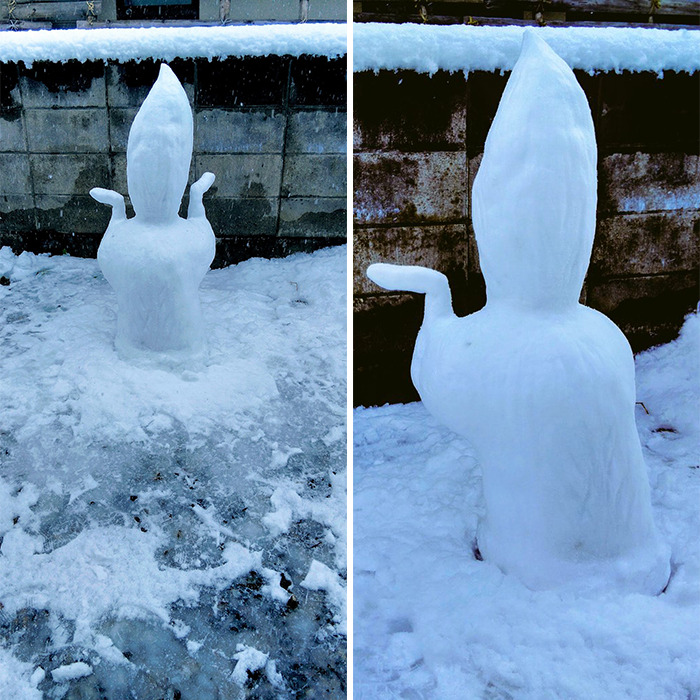 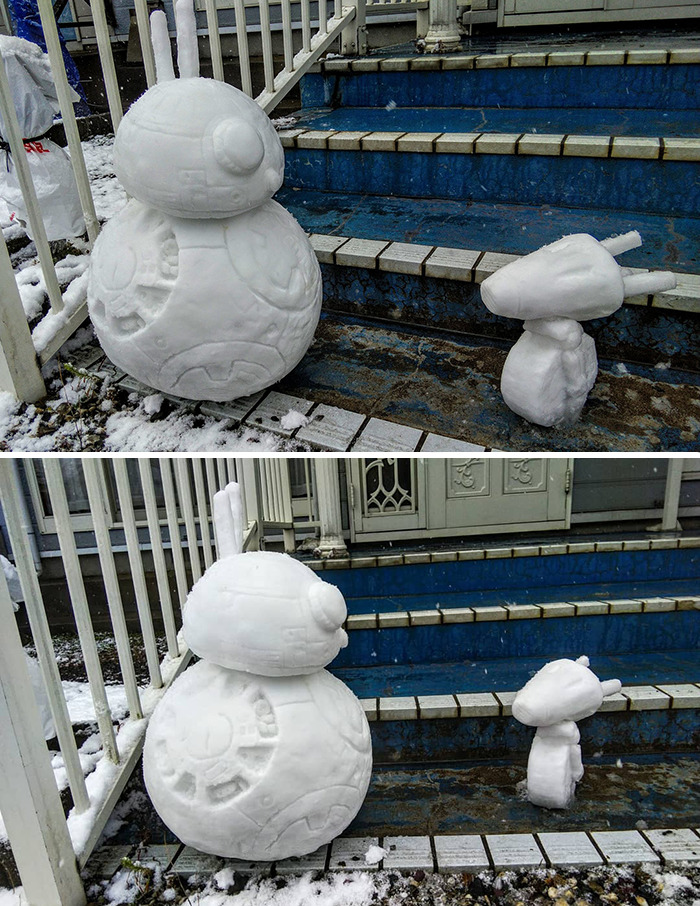 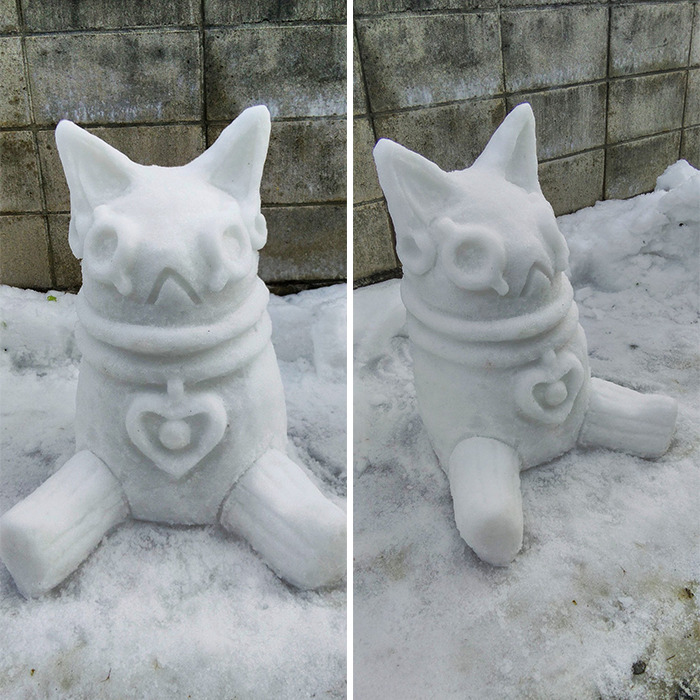 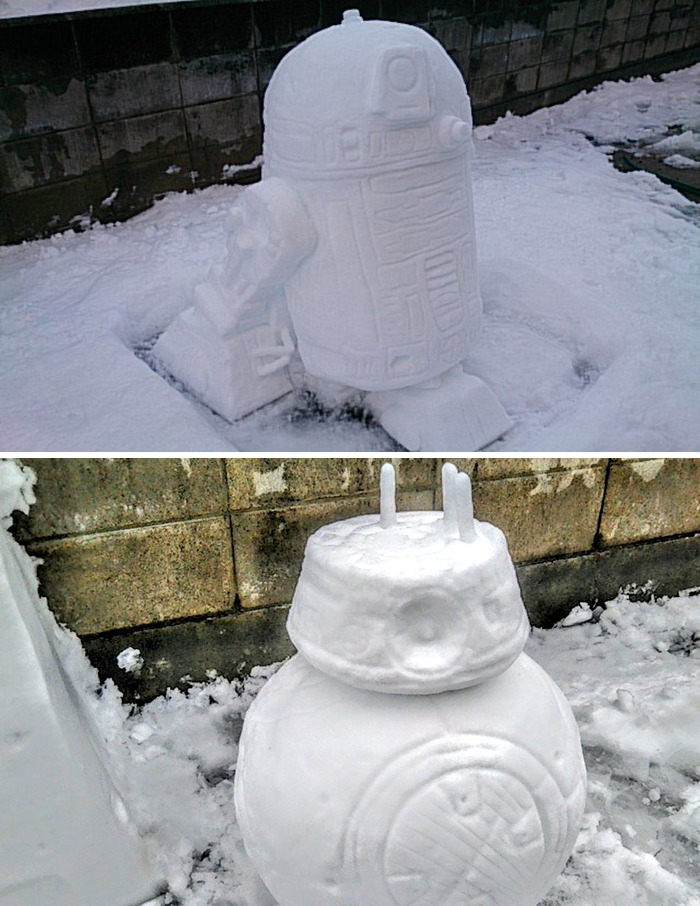 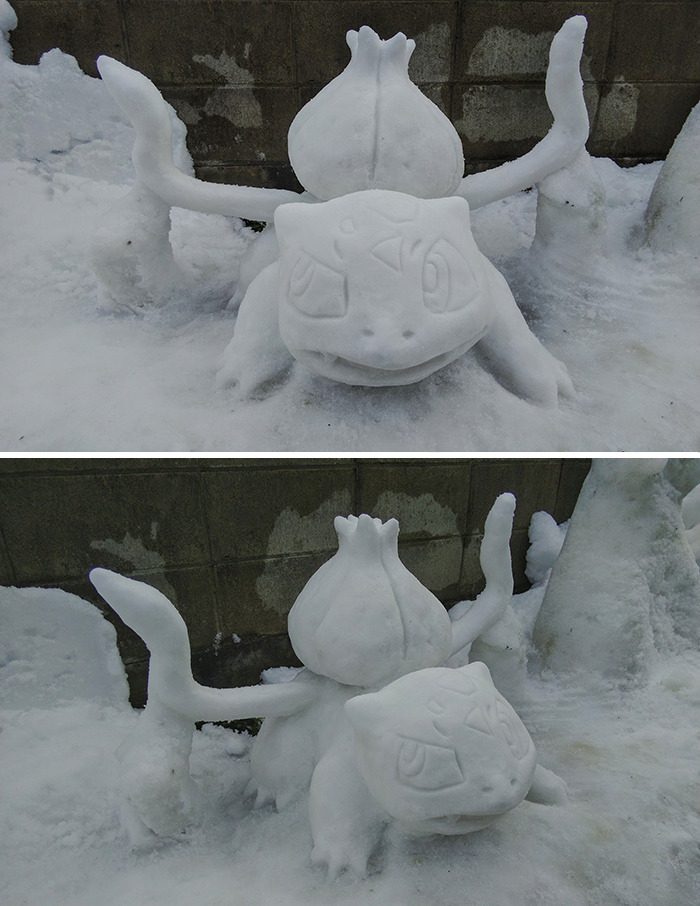 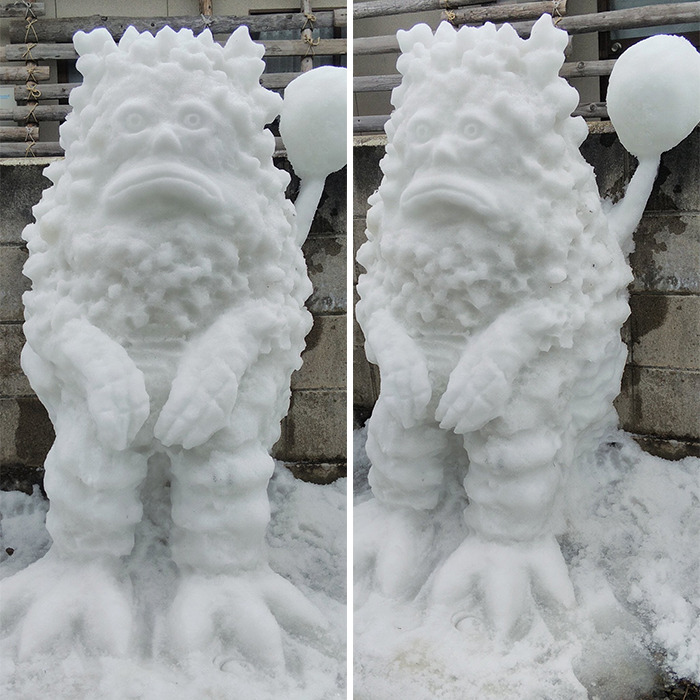 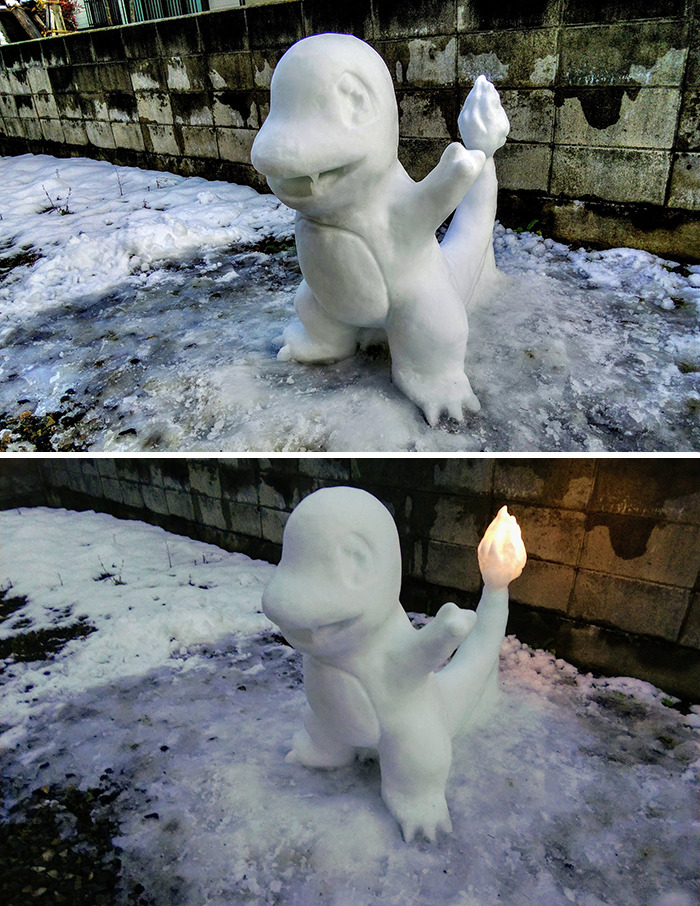 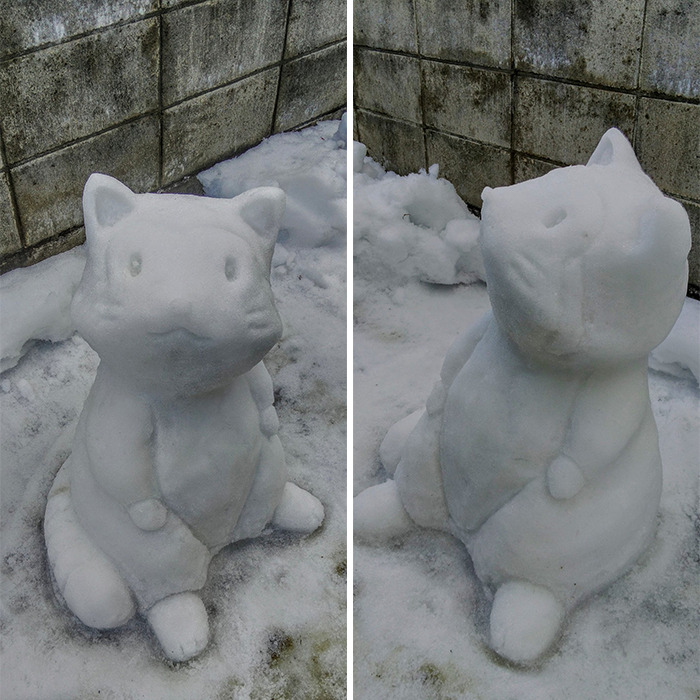 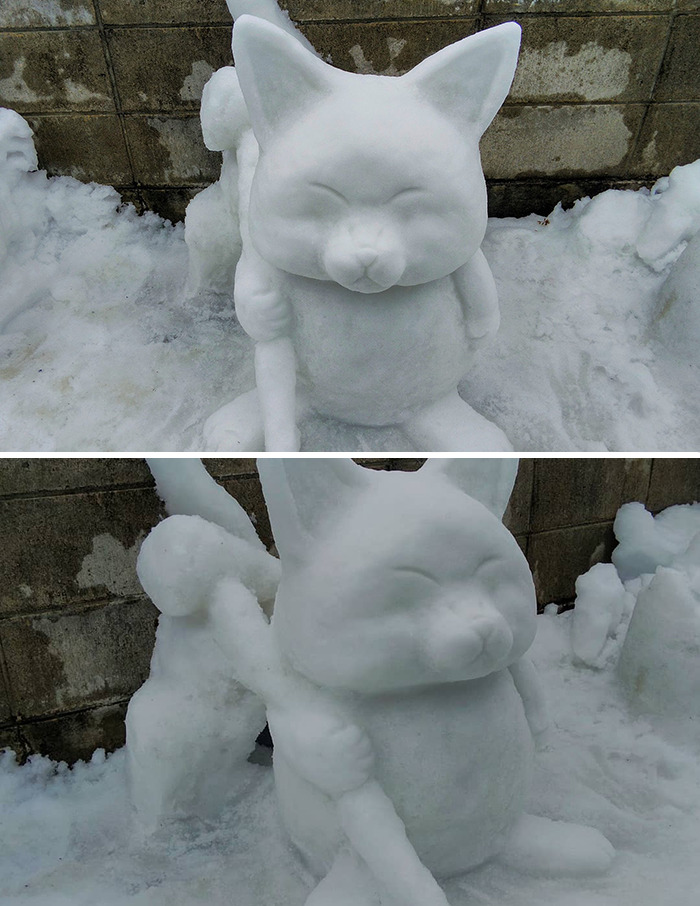 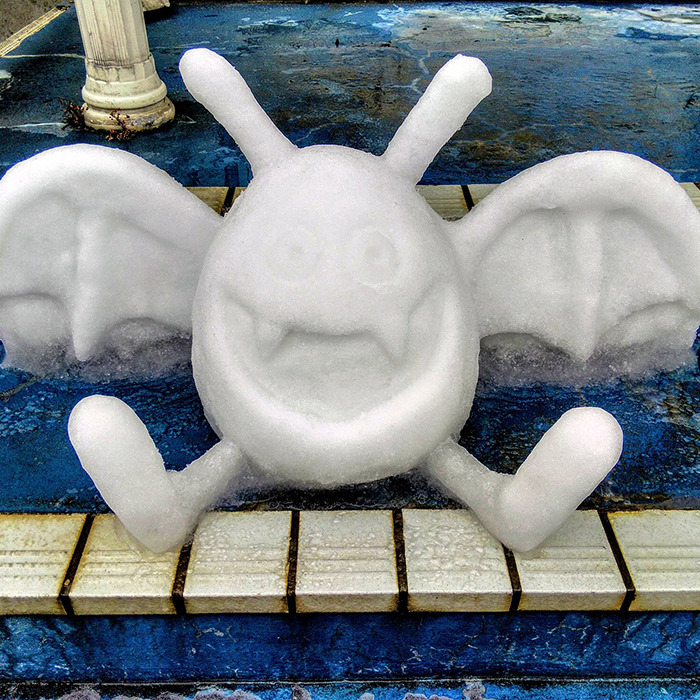 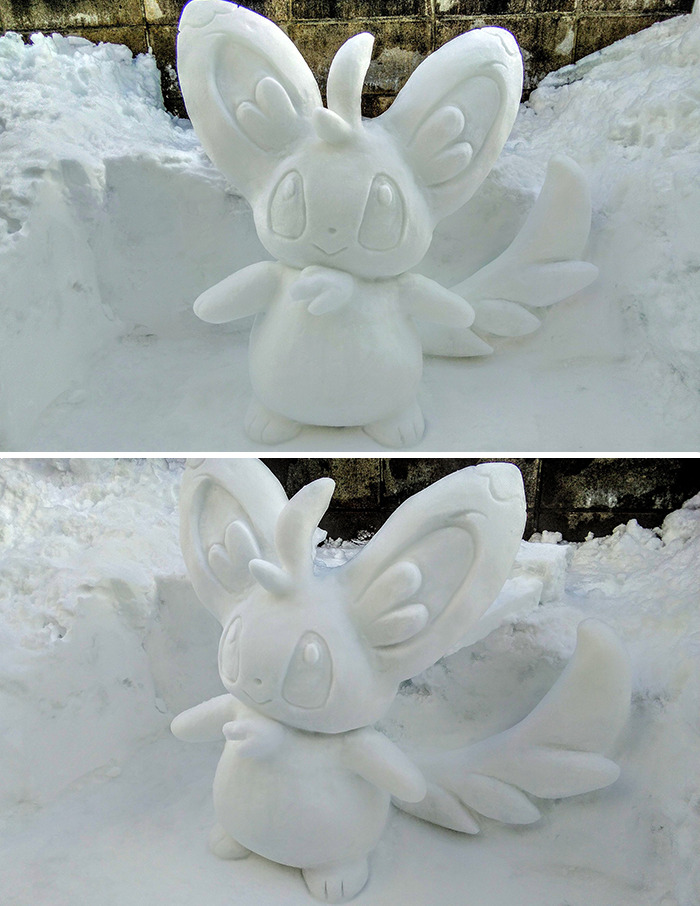 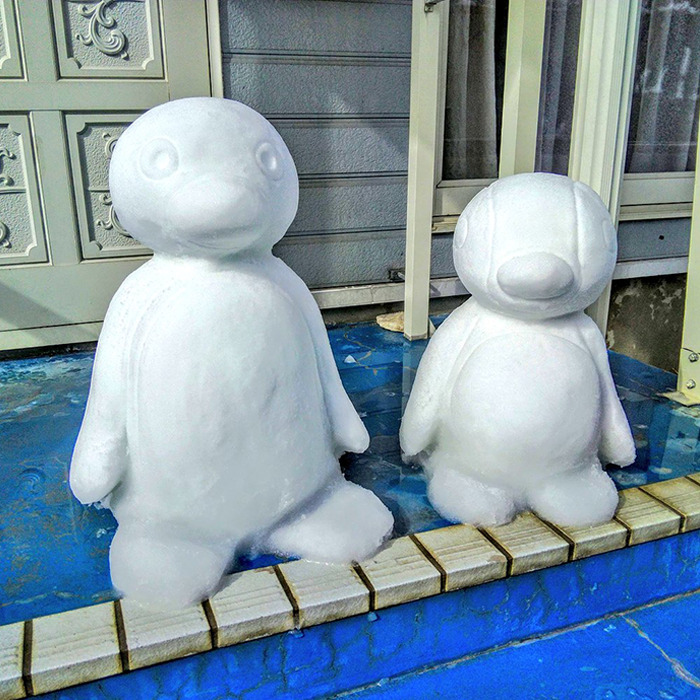 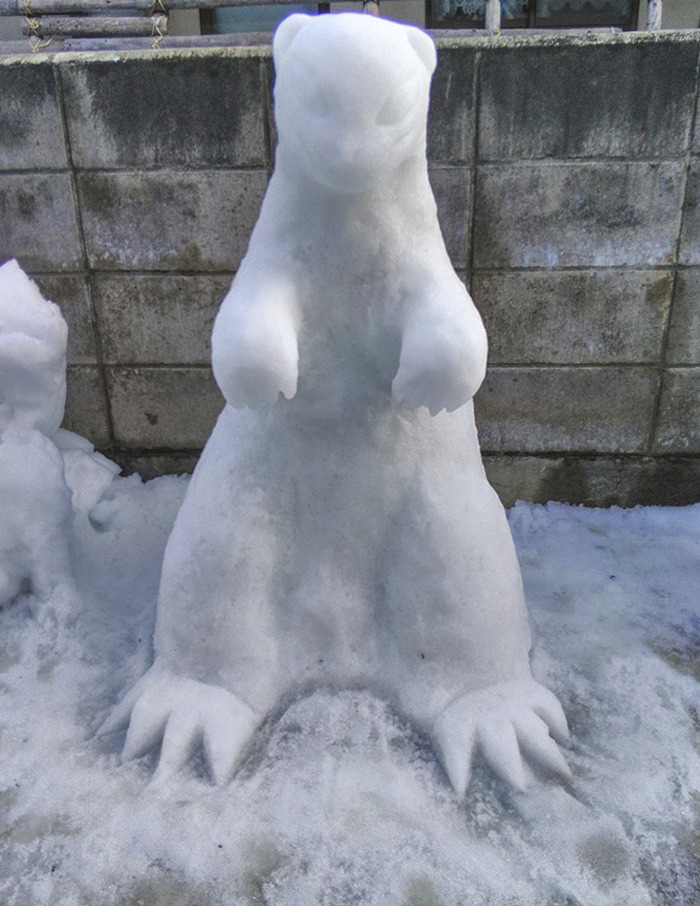 Realistic Pig’s Feet Pillow: The Weirdest Thing On Amazon
Vintage Photographs Of Welsh Coracle Men With Their Catch Of Fish In The Early 20th Century
Scary Looking Loaves Of Bread That Turn Out To Be Adorable Anime Characters When Sliced
Bizarre, Colorful Hairstyles Feature Images Of Animals Shaved Into Back Of Heads
So Teeth-Nails Exist… And It Gets Even Worse…
Offensive Plates To Insult Your Guests With Class
Mini Glacier Candles Remind You Of Global Warming As They Melt
Japanese Company Releases Line Of 'Crotch Charms' For Women To Dangle From Their Swimsuits Between Their Legs
Twin Skulls Transform The Facade Of This 19th Century French Castle
Oakland-Based Artist Gabriel Schama Creates Precisely Layered Wood Relief Sculptures That Are A Delight To Explore
Artist Karoline Hinz Makes A Realistic Two Toed Sloth Costume
Story of My F*cking Life: A Journal for Banishing the Bullsh*t, Unlocking Your Creativity, and Celebrating the Absurdity of Life
Artist Creates Intricately Patterned Artworks by Delicately Stitching Colourful Threads Into Leaves
Fasten Seat Belt Sign Not Included: New Furniture Designed Using Retired Aircraft Parts By Plane Industries
Artist Creates Colorful Illustrations Of Inviting And Cozy Japanese Houses
Artist Gianluca Gimini Reinterprets Vintage Italian Brands As Sneakers
The Strikingly Unique And Colorful Art Of Hiroyuki-Mitsume Takahashi
Japanese Plastic Food Samples That Look So Real, But Too Artistic To Eat
Proposed UK Passport Design By Mark Noad "Truly Represents Our Standing In The World"
Design Duo Creates Chairs Inspired By The Human Anatomy
Russian Ex-Pilot Turns His House Into Incredible Steampunk Museum
"The Moon In Your Hands": The Only One Leather Handbag That Captures The Complex Surface Of The Moon In Its Texture
"Your Childhood Post Apocalypse": This Artist Makes Scary But Cute Zombie Plush Toys
Japanese Illustrator Gives Thought-Provoking Chills With Haunting Artwork
creative, japan, sculptures, snow