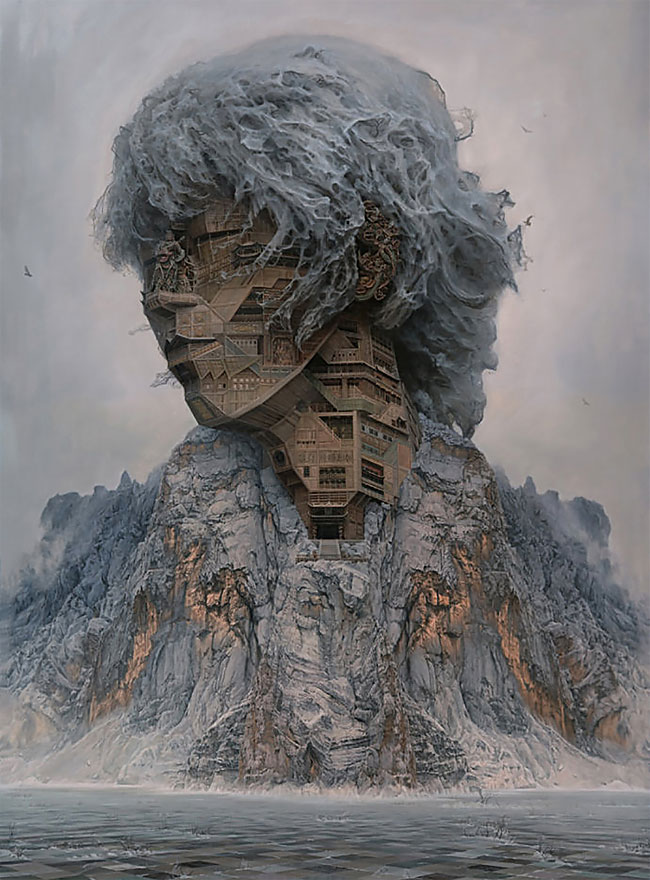 Beijing based artist DU Kun incorporates his passion for rock music into his new oil painting series titled “Revels of the Rock Gods”. His works, which just debuted at Mizuma Gallery in Tokyo, Japan, are monumental portraits of rock musicians that appear carved out of mountains, cliffs, oceans, stones, trees and waterfalls. 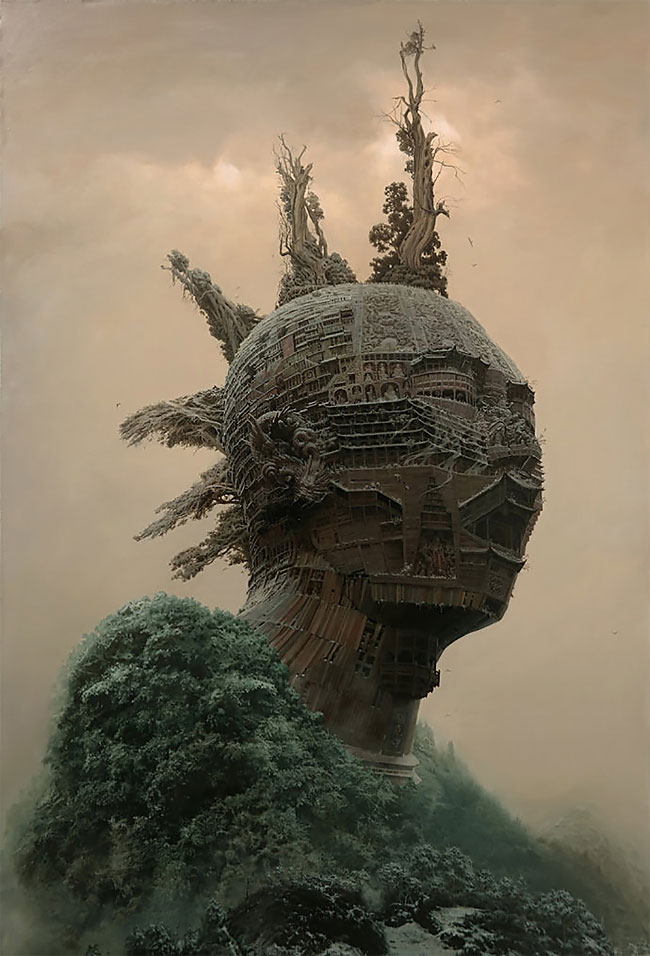 The artist began working on his “Gods of Rock Festival” series in 2014, creating the works out of his own experience with rock music. Du Kun often paints the four elements of earth, water, air and fire, and puts them in mysterious atmospheres that creates a mystic, misty air. In one of his early paintings “Who Lit Us”, there are candle-shaped buildings melting in the middle of a city, a horrifying and yet beautiful image just like the rock stars depicted in his Tokyo exhibit. 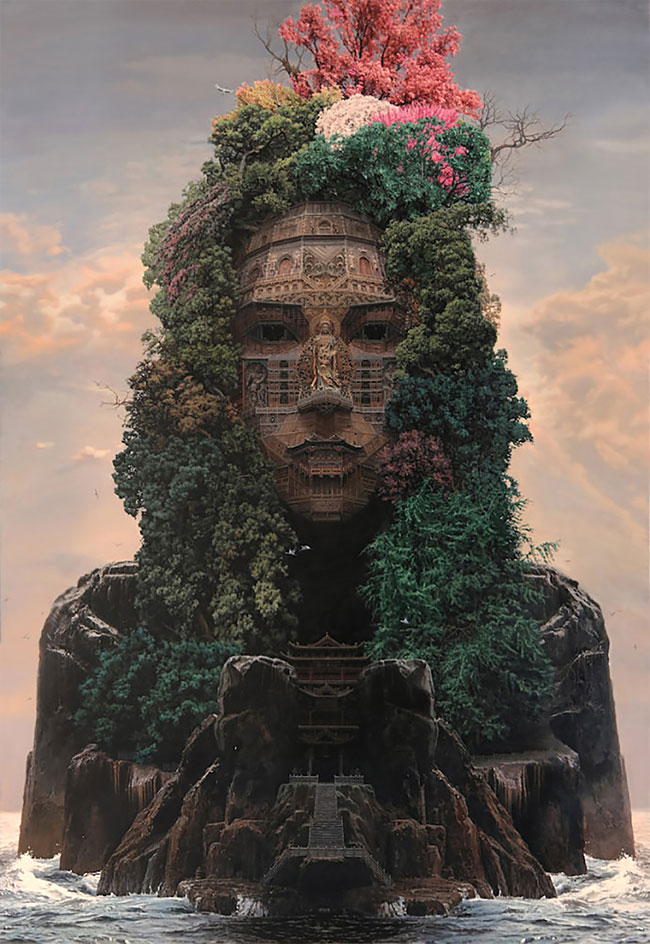 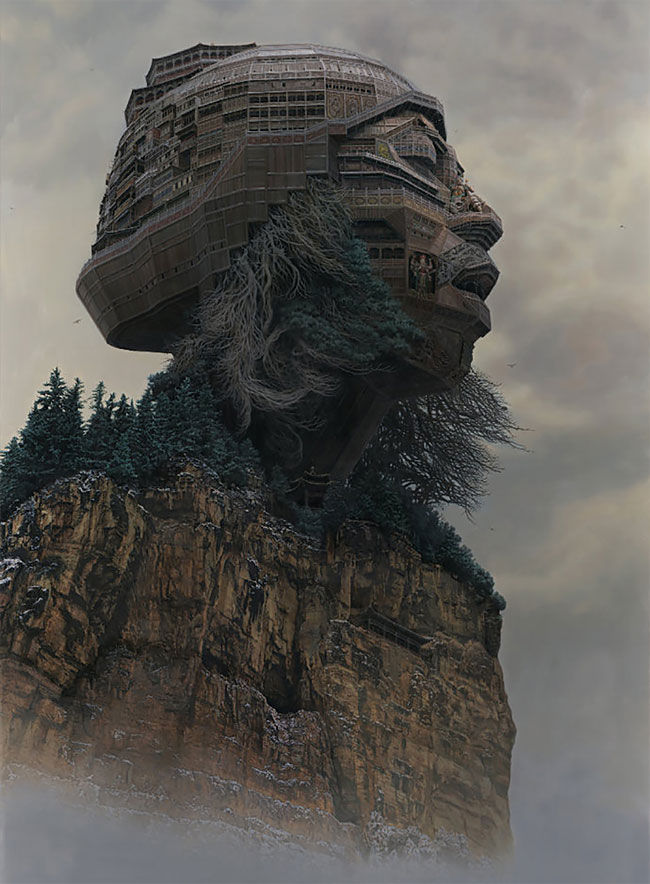 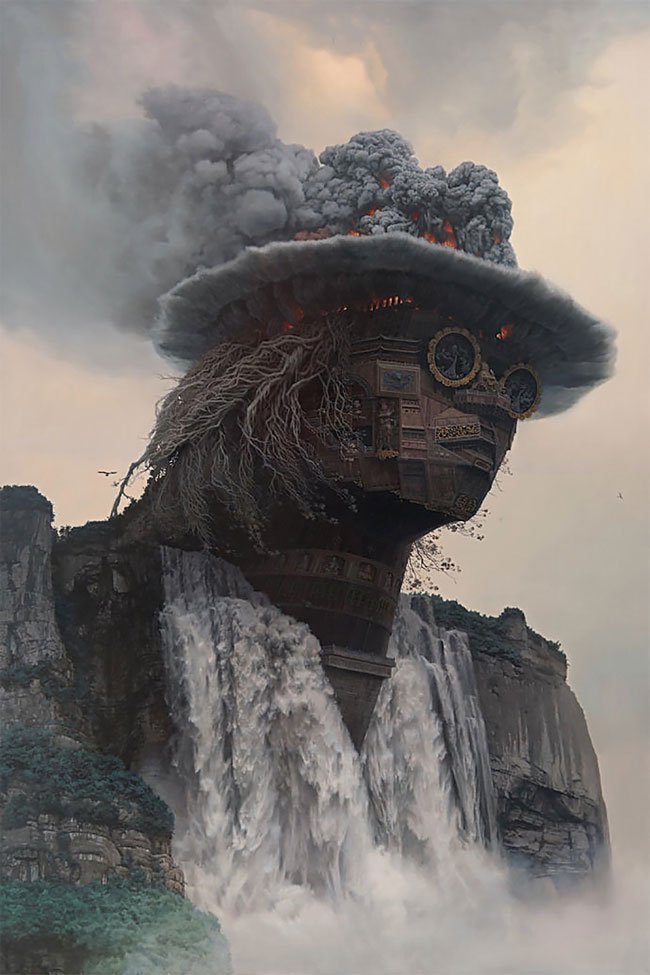 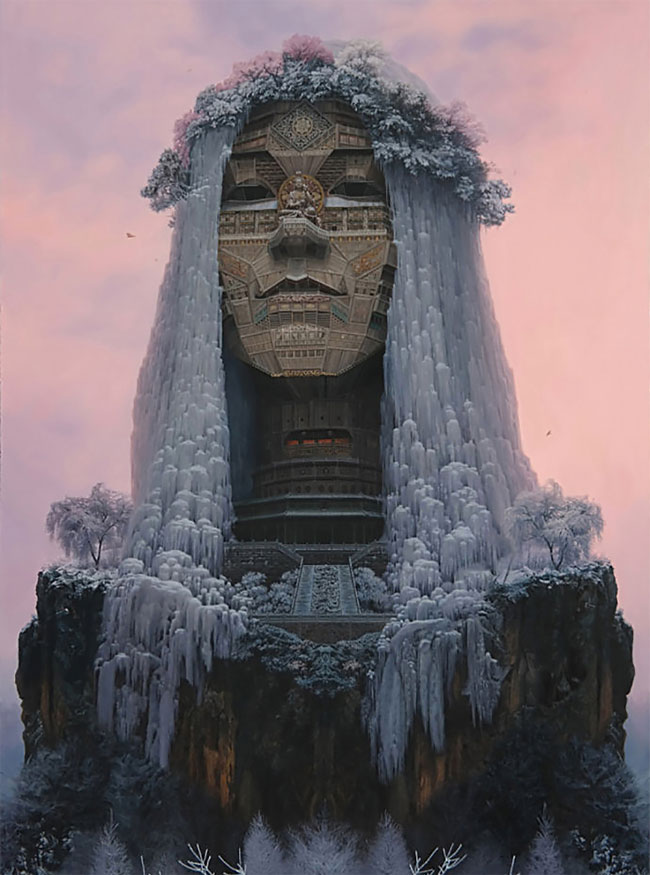 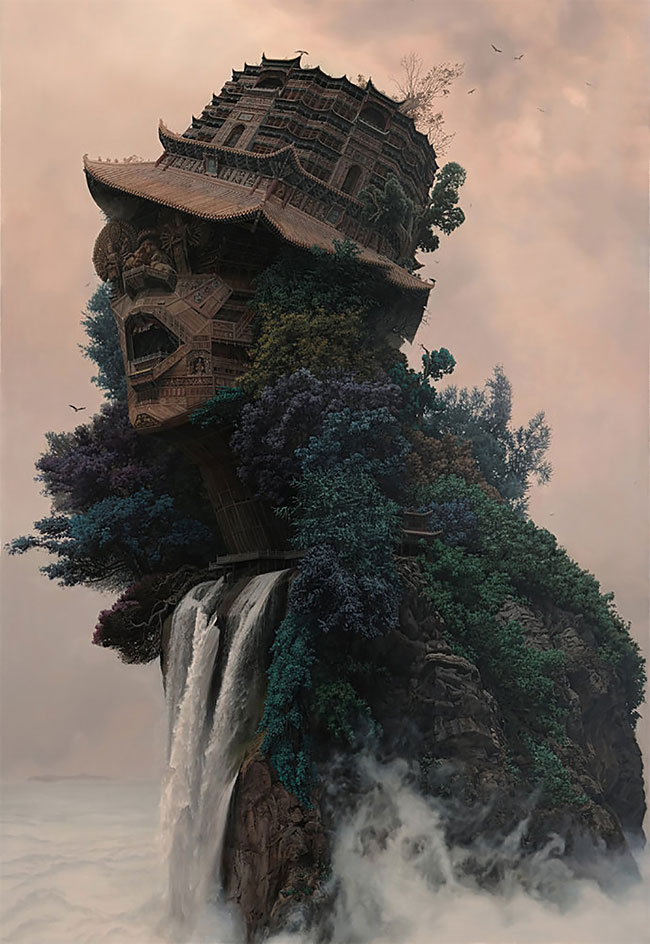 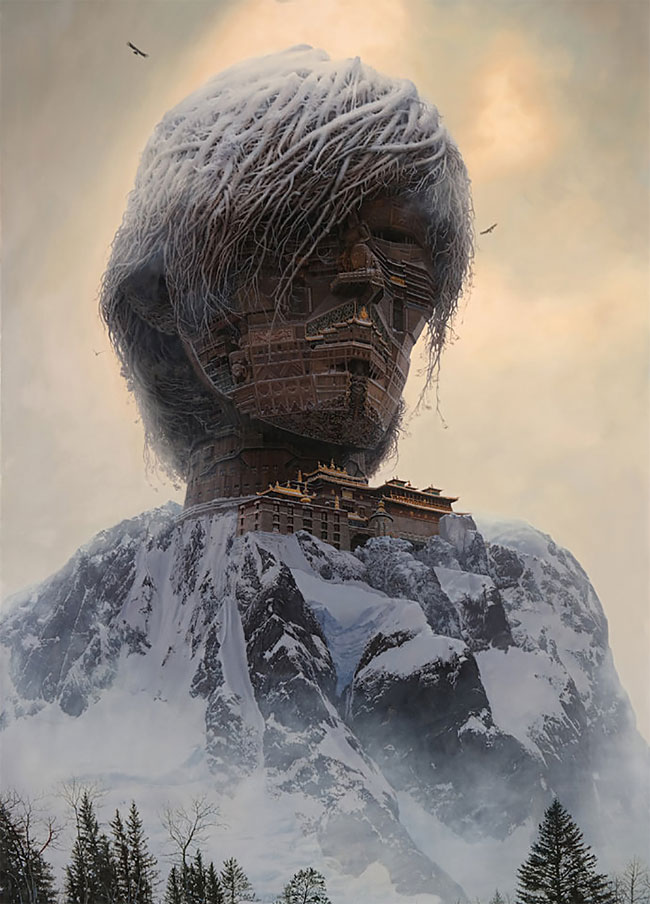 Elephant Graffiti Art In South Africa To Give People Hope
4K 60Fps Video Shows Colorized Footage Of NYC In 1911
These 13 Satirical Cartoons Depict The Disturbing Reality Of Modern-Day Society
An Artist Made A Giant American Flag From Over 20,000 Budweiser Bottle Caps
Green Slime and Bizarre Creatures: Sam McKenzie's Acid Art
This Artist Turns Picasso’s Portraits Into Fantastic 3D Sculptures
This Artist Imagines The Roman Empire’s 250,000 Miles Of Roadways As A Subway Transit Map
Thought-Provoking Illustrations by Andrey Kasay
Toothpick Artist Takes Nine Months to Create Jaw-Dropping Replica of Barcelona's Sagrada Familia
If You Are A Bunny Contemplating Suicide - This Is The Book For You
2007 ‒ 2022 by Design You Trust. Proudly hosted by WebHostingBuzz.
Privacy Policy · Terms of Service · Content Removal Policy ❤️ 🇺🇦