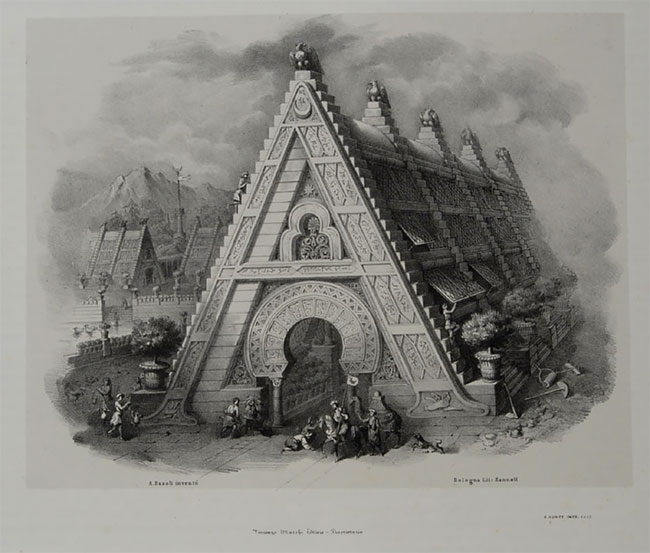 Antonio Basoli was an Italian artist that lived between the 18th and the 19th century working mostly in Bologna. Among other things, he created these beautiful architectural alphabet engravings called Alfabeto Pittorico. I wish there was a place called Alphabet City where all these buildings were real.

These are works of pure fabulism — Basoli, a painter and designer from Bologna, created sets and curtains for the theater, and his alphabet has a lot of stagecraft to it. Every letter looks like a scene from another play. Part of the fun is in wondering what compelled him to make these engravings at all: Was he on some kind of precursor to LSD?

Had he been dissed by an illiterate architect, against whom he sought fanciful revenge? Did he need a novel pedagogical device to teach the ABC’s to his distracted children? Whatever his motive, he brought an impressive imagination to the table. His G, for instance, is built on a Viking ship with a rabbit at its bow; K appears to be in some sort of mosque, with people in prayer all around; S is carved into a treacherous cliff, at the foot of which is a grave with a mourner. S—the cruelest letter. 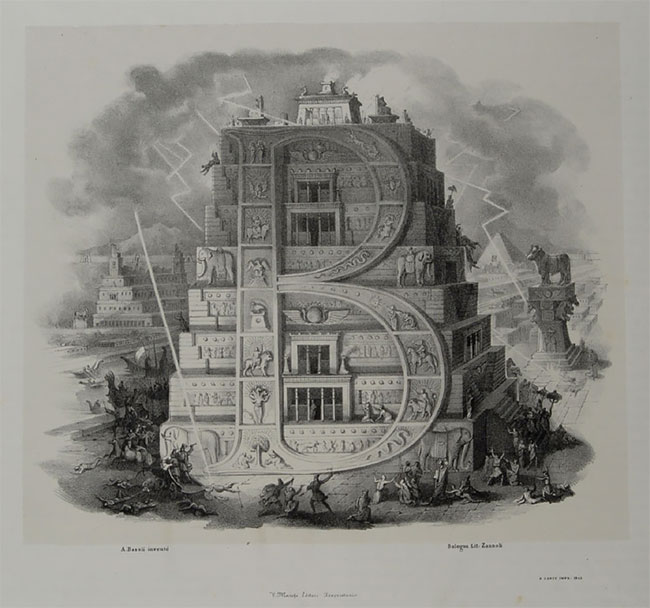 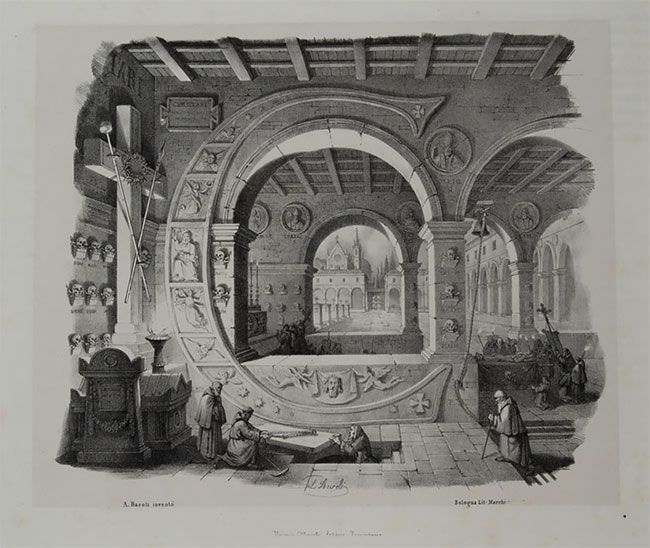 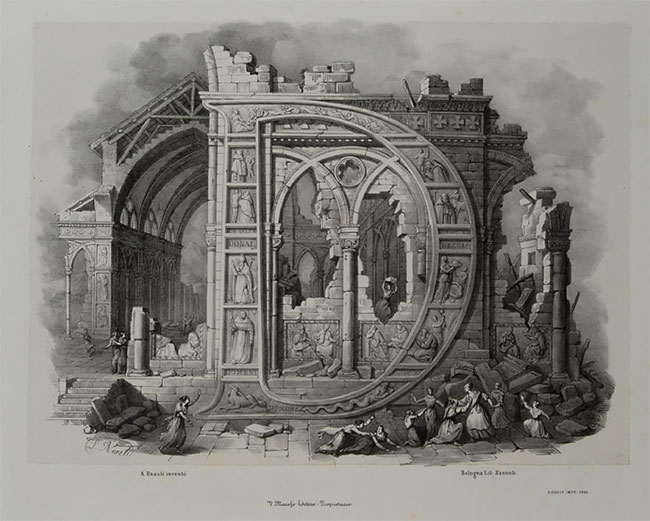 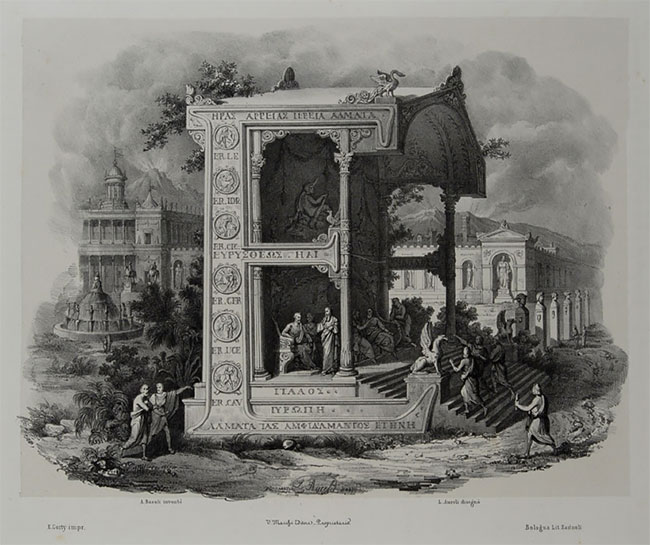 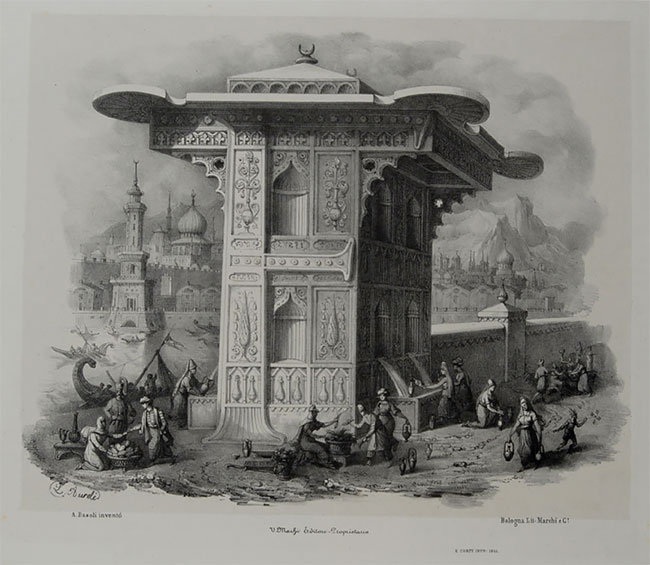 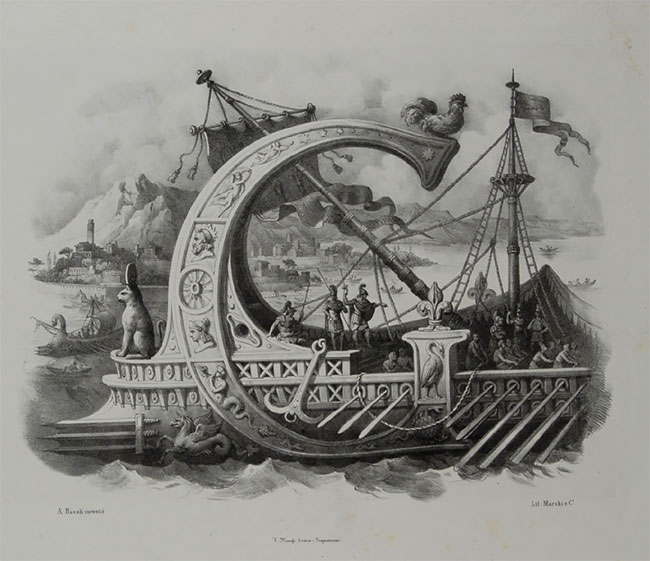 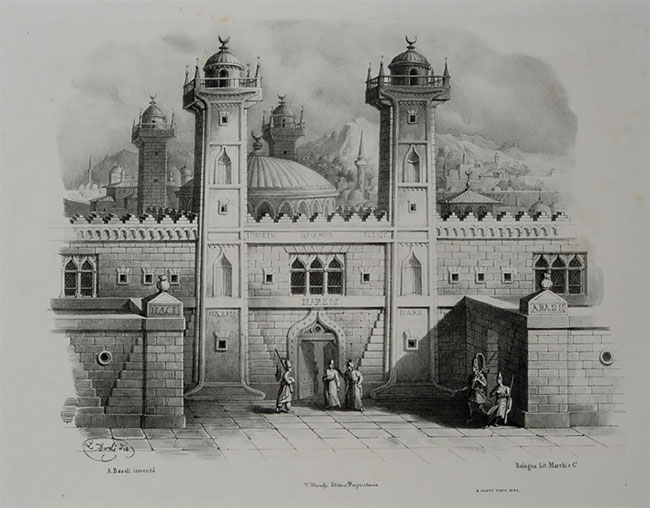 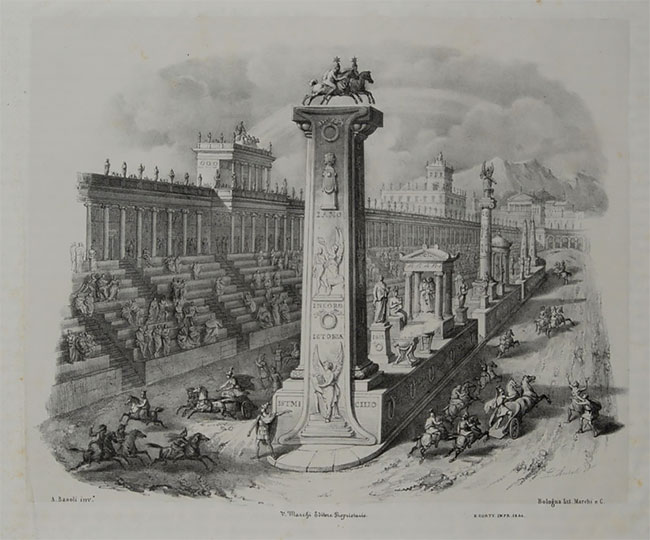 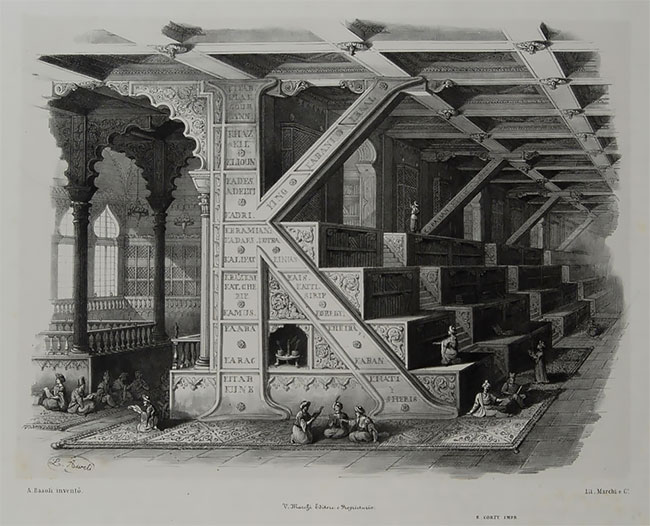 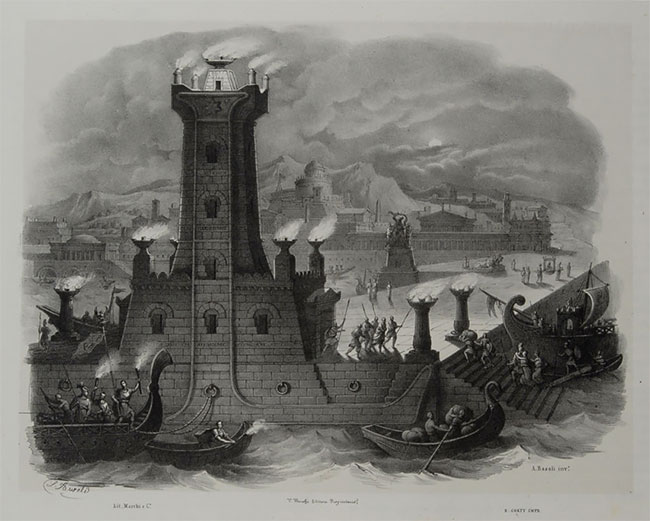 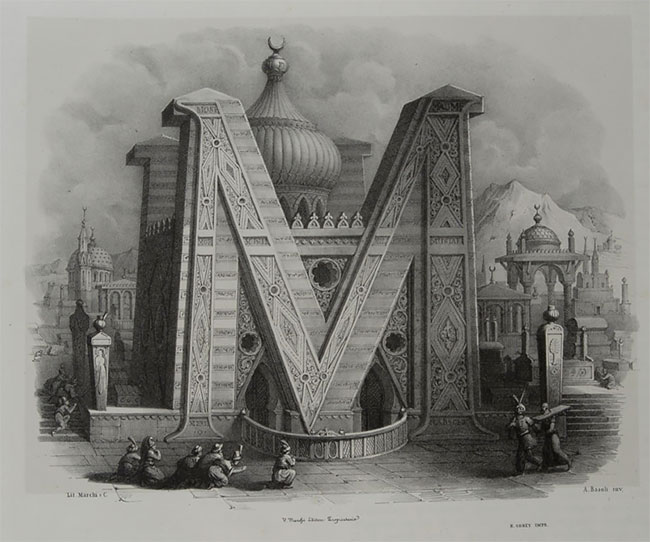 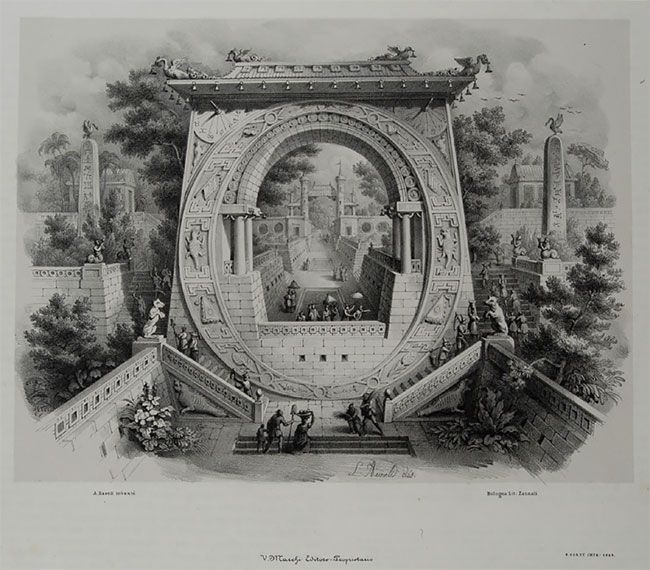 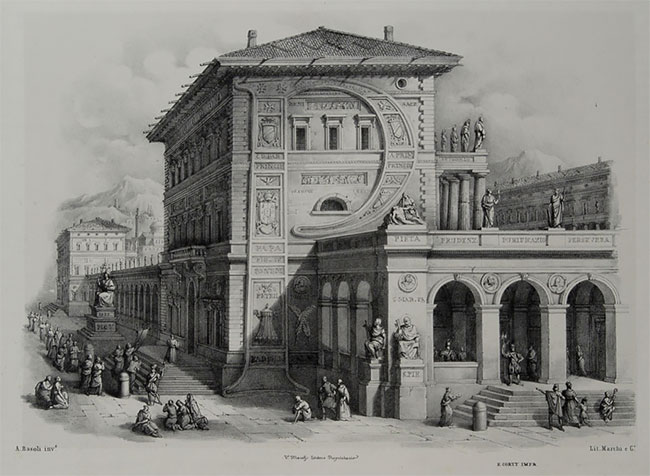 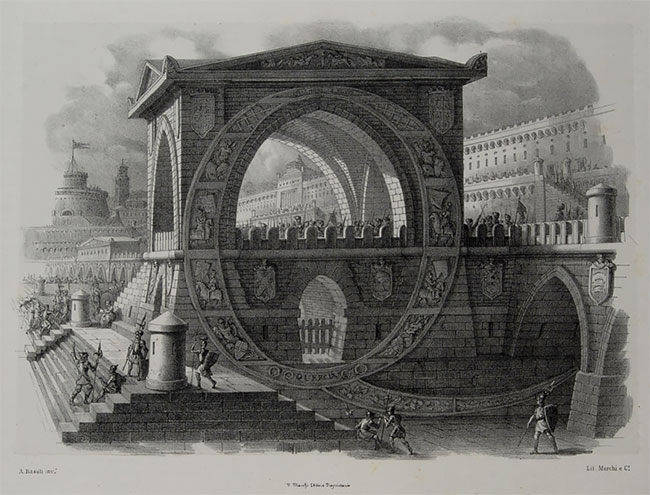 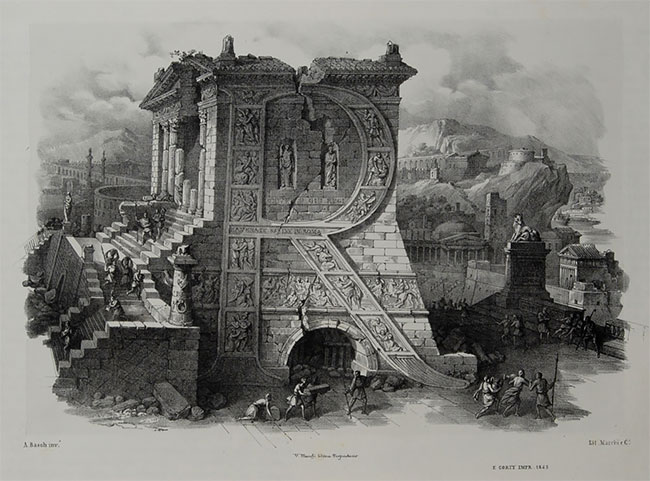 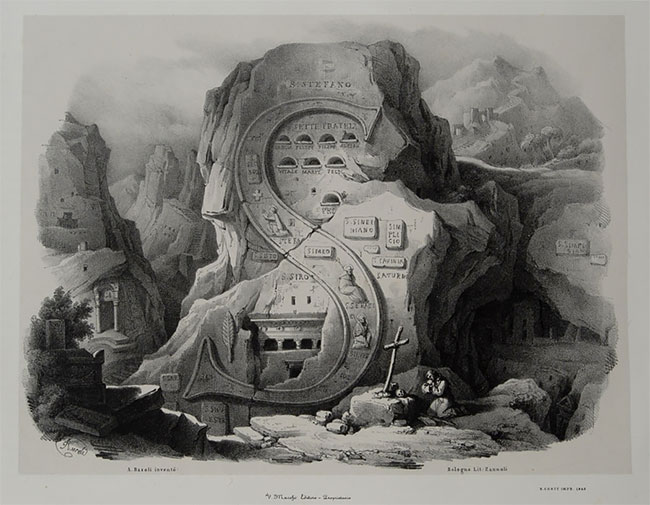 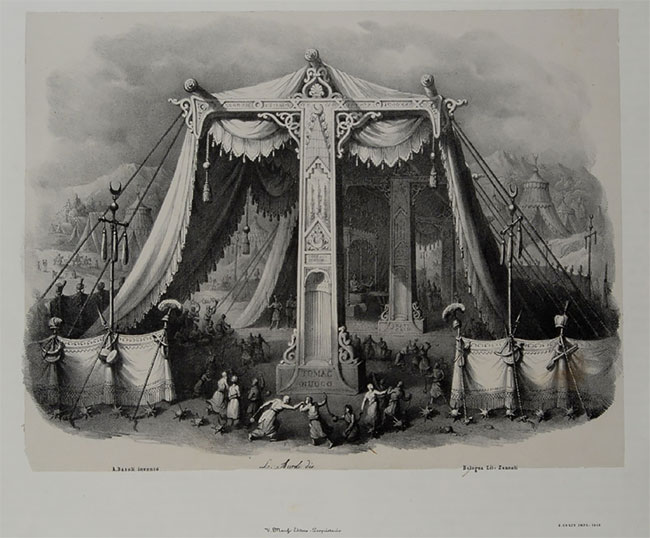 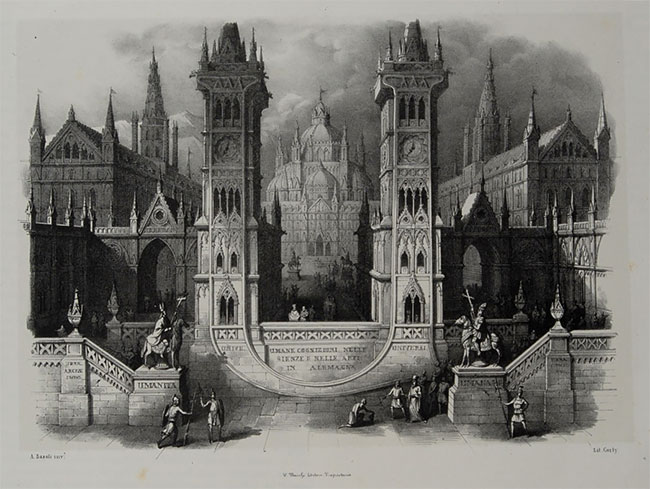 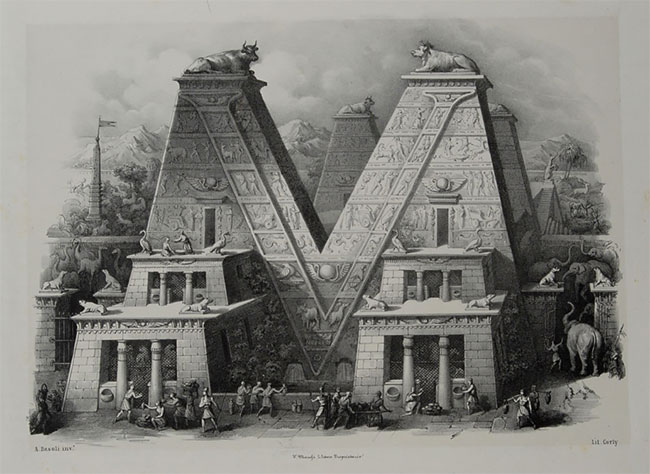 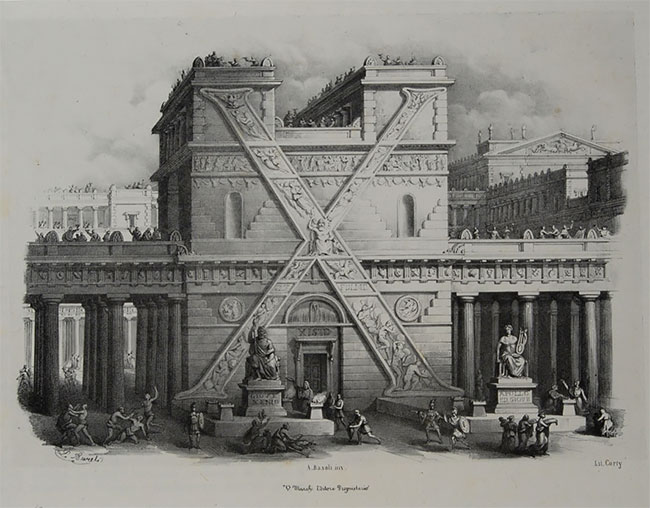 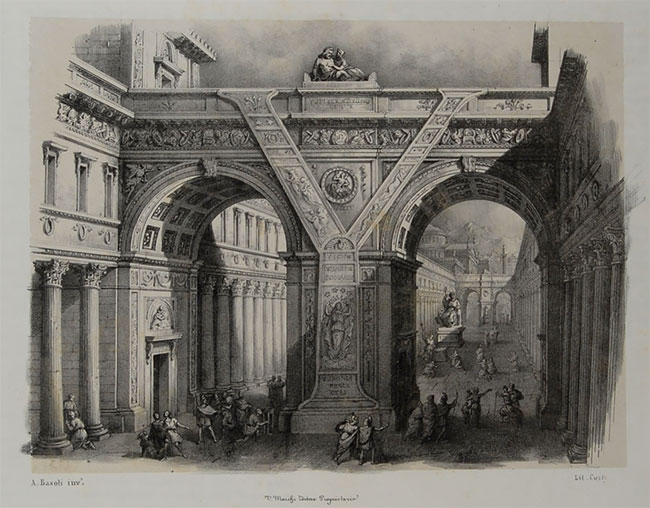 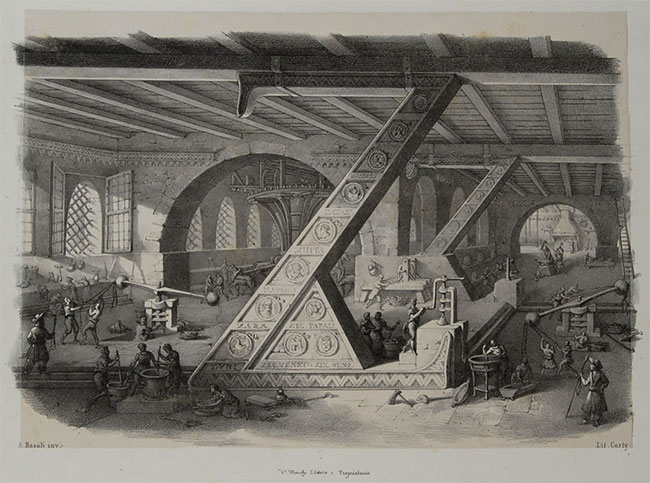 Meet The Artist Selling Real Carved Human Skulls
Before And After Photos Show The Power Of Art To Transform Boring Buildings
A Backpack That Gives You... Wings
The Weird and Badass Gravestones of Russian Mafia
These Galaxy Donuts Will Take You To Outer Space
"Disintegrating": Photographer Fabian Oefner Slices Up a Classic Sports Cars for Art
These Gold Cufflinks Contain Pictures Of Two Different Strains Of Plague Bacterias, Perhaps By Faberge, c. 1900
Craziest Swimsuits To Hit The Beach This Summer
"Can't Place This Here": A Concrete Fence Stuck in Textures
Beautiful Live Leaf Tattoos By Rit Kit
Retiree Paints Russian Patterns On Satellite Dishes
These Designers Show How Studio Ghibli Interiors Would Look Like In Real Life
The Only Thing More Bonkers Than This Starcraft Cosplay Is How They Made It
Everyone Will Love the New and Unusual Folding Beach Hammock
Tattooed Ceramics By Evelyn Tannus
IKEA Frakta Bag-Inspired Stocking Is The Perfect Festive Hack
Someone Creates An Impossibly Difficult Transparent Jigsaw Puzzle, And It’s Evil
Stylish Handmade "Book Bags" Designed To Carry Your Favorite Novel With You
Drew Leshko’s Miniature Sculptures Are Utterly Mind-Boggling
Housewares To Make You Smile By Beardbangs Ceramics
Russia's only Woman Cosmonaut, Anna Kikina, Inspires One-Of-A-Kind Barbie Doll
Stressticles Stress Ball For When You’re Extra Stressed at Work
This 3D Printed Modern Clutch Was Inspired By A City In Switzerland
An Artist Turns Everyday Materials Into Incredible Abstract Pieces
alphabet, ancient, Antonio Basoli, architecture, book