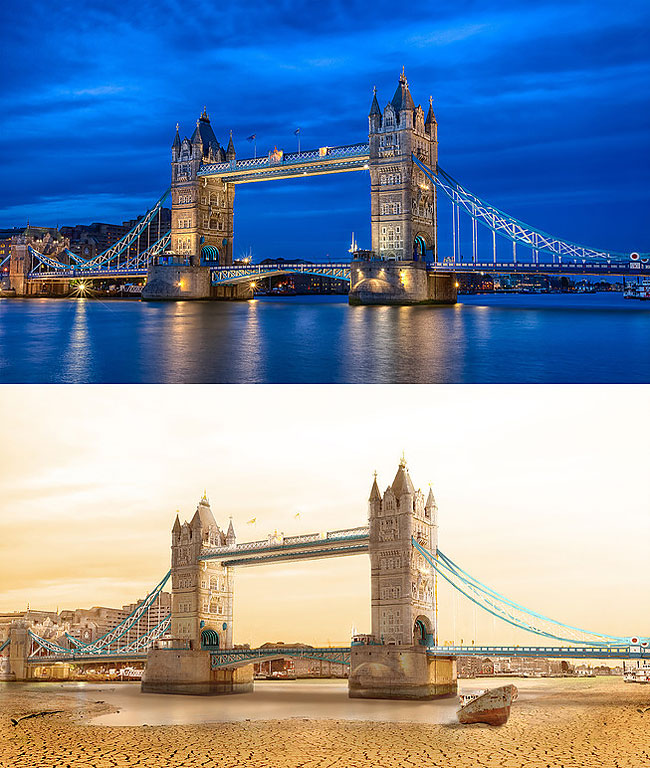 A graphic designer has produced a haunting look at what the world’s most famous landmarks would look like if they were hit by a severe drought. Joel Krebs has intricately dried up hot spots such as the Tower Bridge in London, the Capitol in Washington, D.C., Niagara Falls and Machu Picchu. The designer’s works are enough to make viewers feel thirsty – they feature cracked surfaces, roll upon roll of sand, and vultures searching for carcasses in the dry heat. Joel, from Salem, Ore., revealed the idea behind the series came to him when he entered a design contest to remove famous landmarks from their surroundings, as if they’d disappeared. Here: Tower Bridge, London, after severe drought. 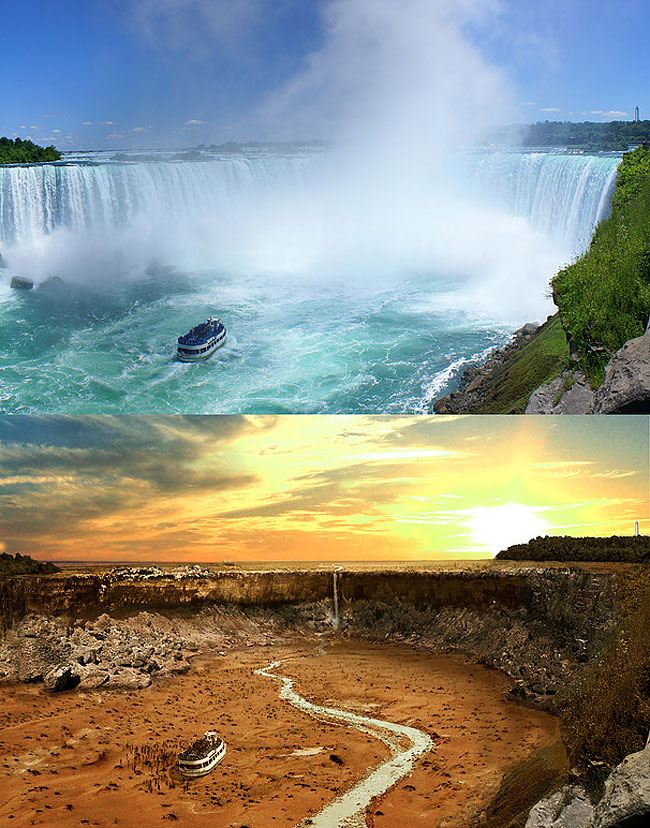 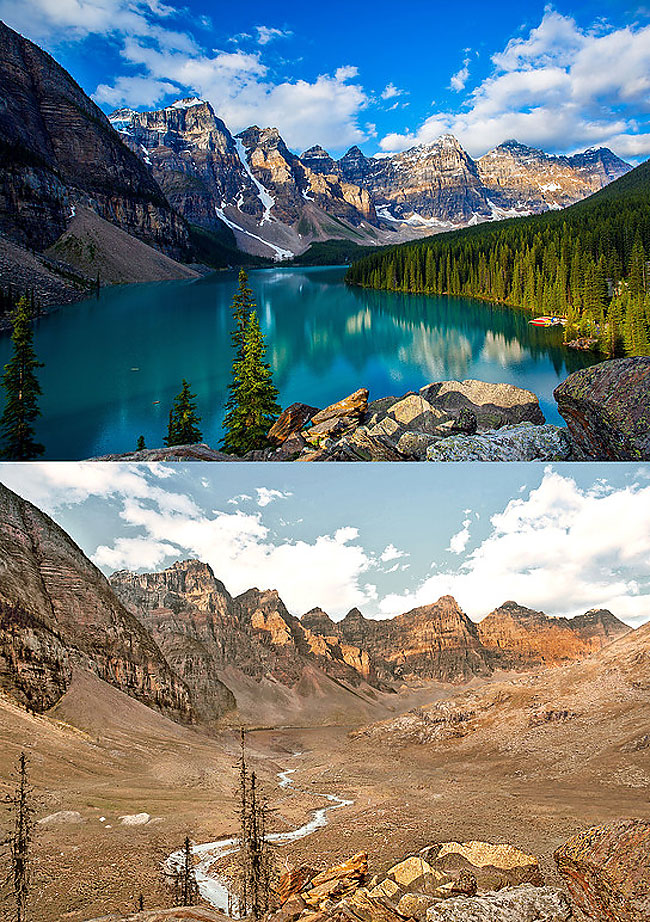 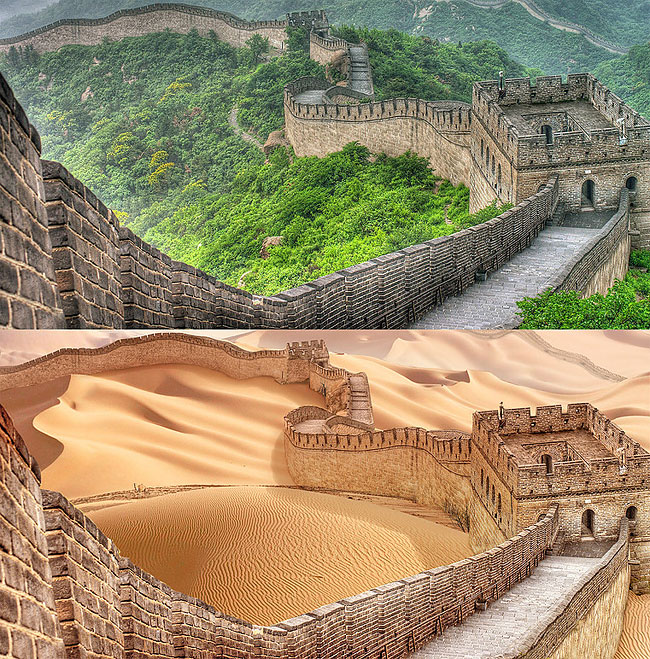 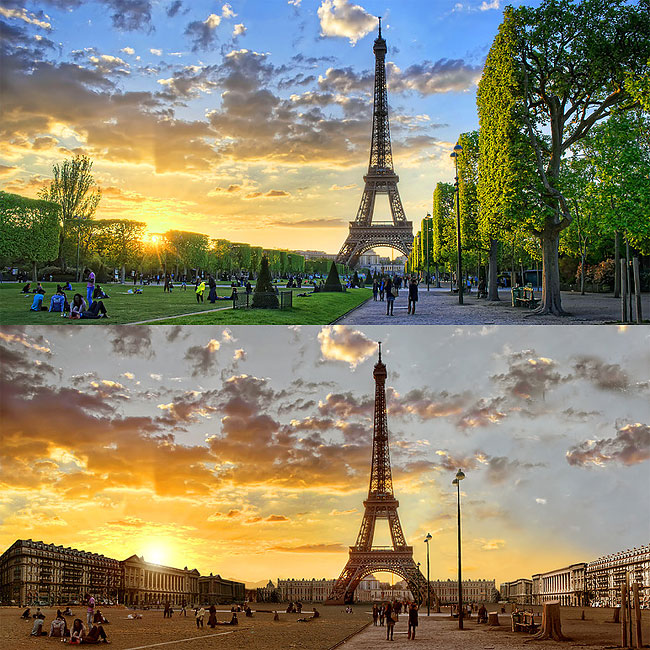 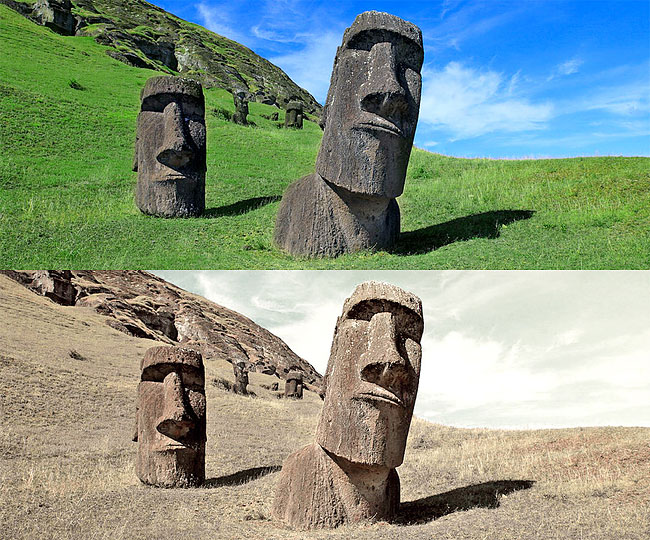 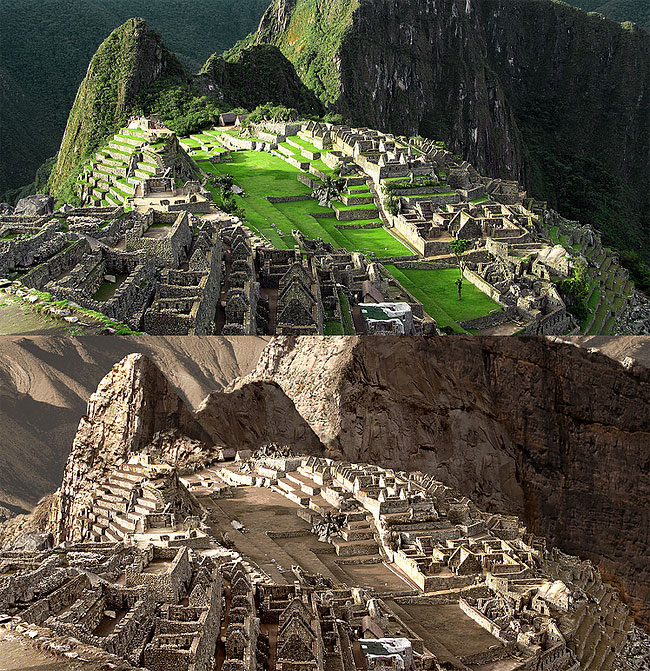 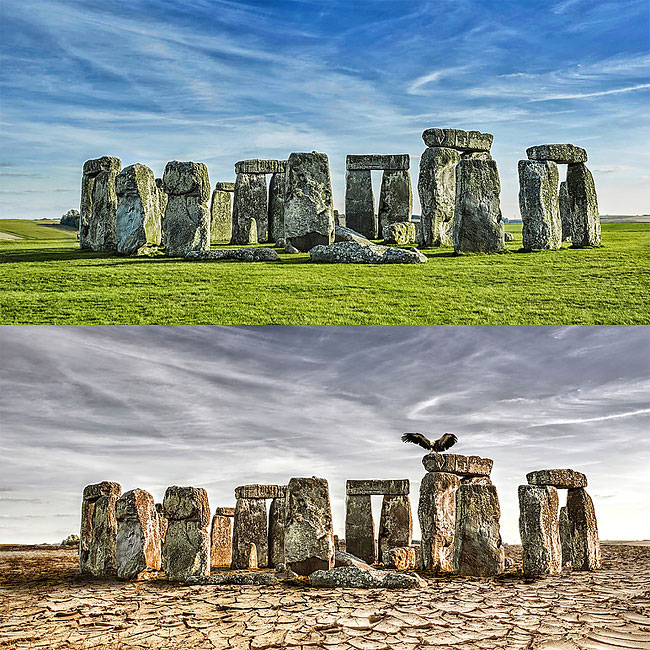 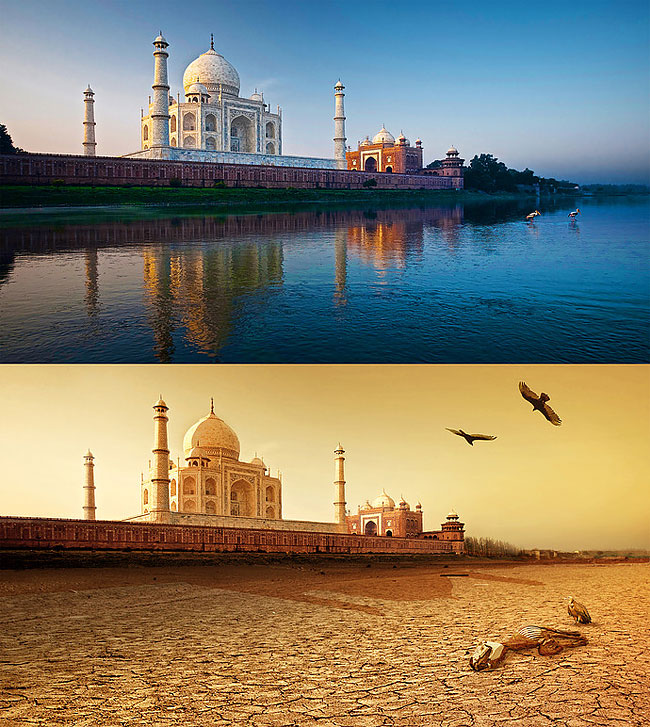 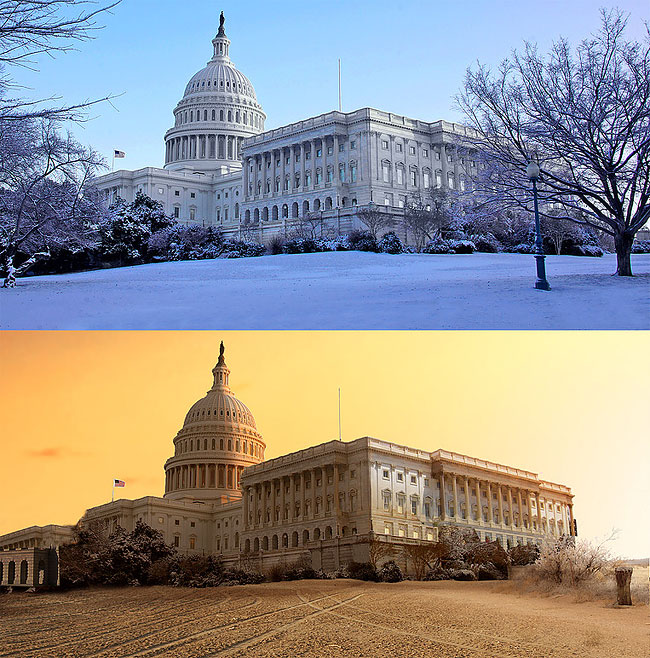