“A Duty To Offend”: The Art Of The Punk Black Leather Jacket 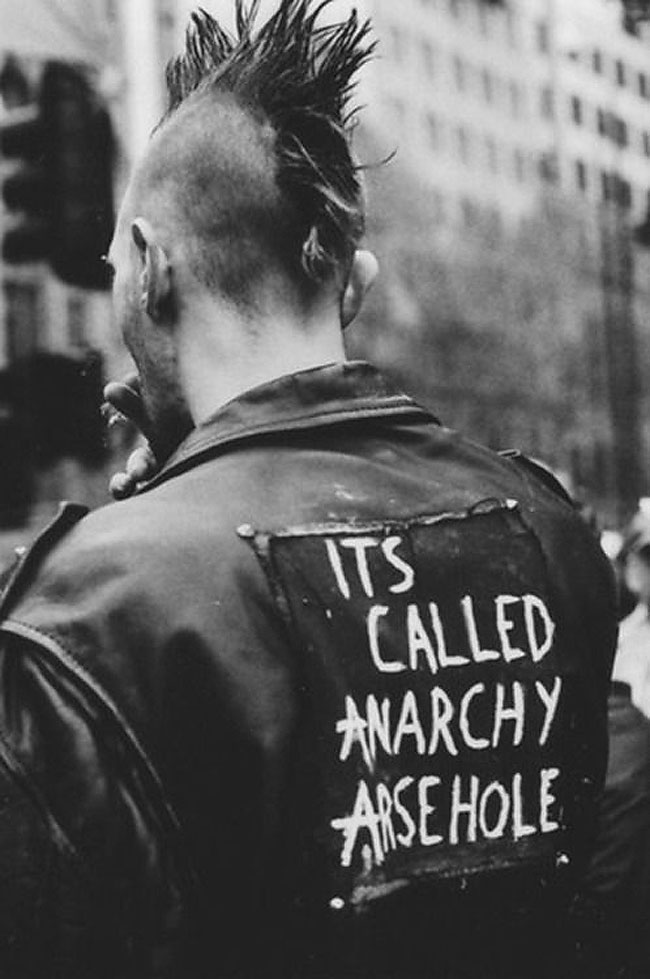 When a chubby Marlon Brando roared into town on a motorbike in ‘The Wild One’ he popularized the black leather jacket as a fashionable symbol of rebellion. Leather jackets may have been worn by bikers for protection, but they were quickly adopted by rock musicians (from Eddie Cochran, Gene Vincent, The Beatles to Elvis) as an endorsement of their outsider status. 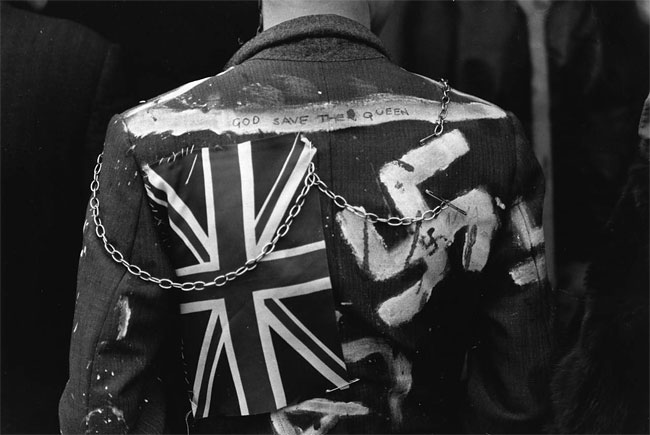 While fashions changed in the 1960s to soft denim and psychedelic colors, the black leather jacket never lost its iconic status as edgy, radical and subversive. The black leather jacket of the revolutionary students in Paris in 1968, became the fashionable uniform of the chaotic Baader-Meinhof, before returning to its spiritual home in the form of the matching outfits of proto-punk rockers The Ramones. 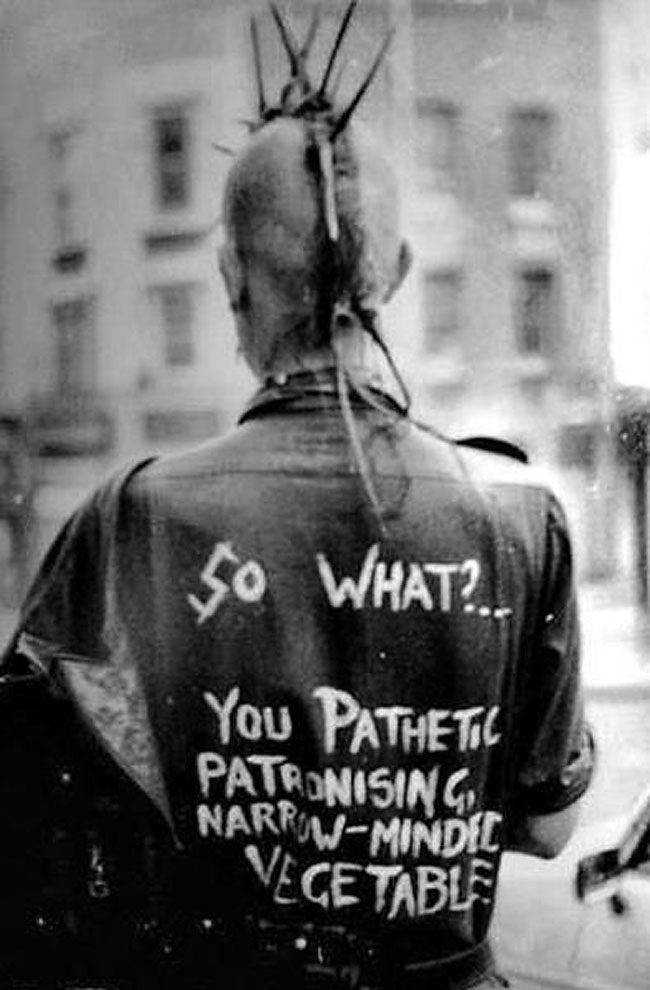 Joey, Johnny, Dee Dee and Tommy made the black leather jacket de rigueur for punks, and soon became the latest fashion sold by a canny Vivienne Westwood and Malcolm McLaren in their London boutique SEX. 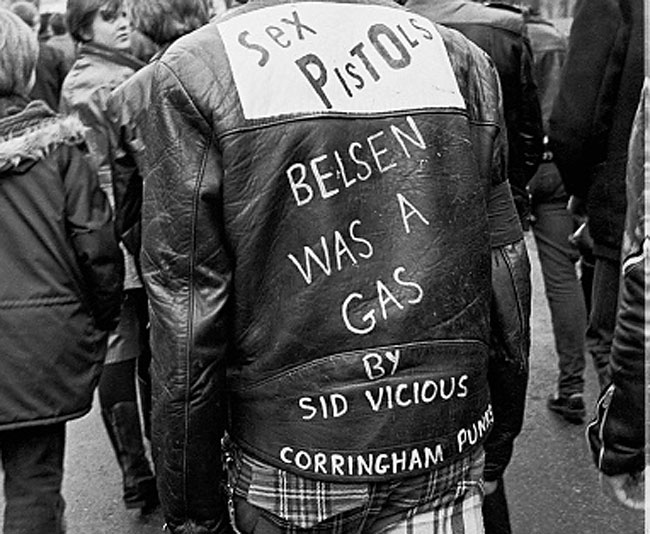 Teenagers across the UK bought cheap black leather or faux leather jackets and decorated them with the names of their favorite bands, political slogans, or mini manifestoes written in White Out, paint, or nail polish. There was a naif art to such DIY accessorizing, a uniqueness that encapsulated the essence of punk (its ability to offend) and the character of the jacket’s owner. 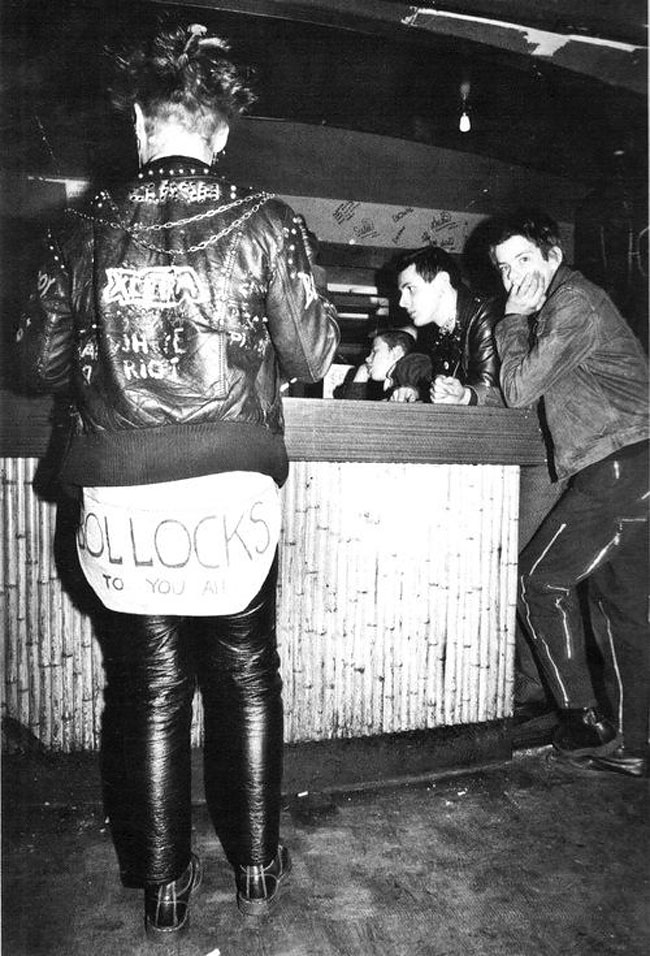 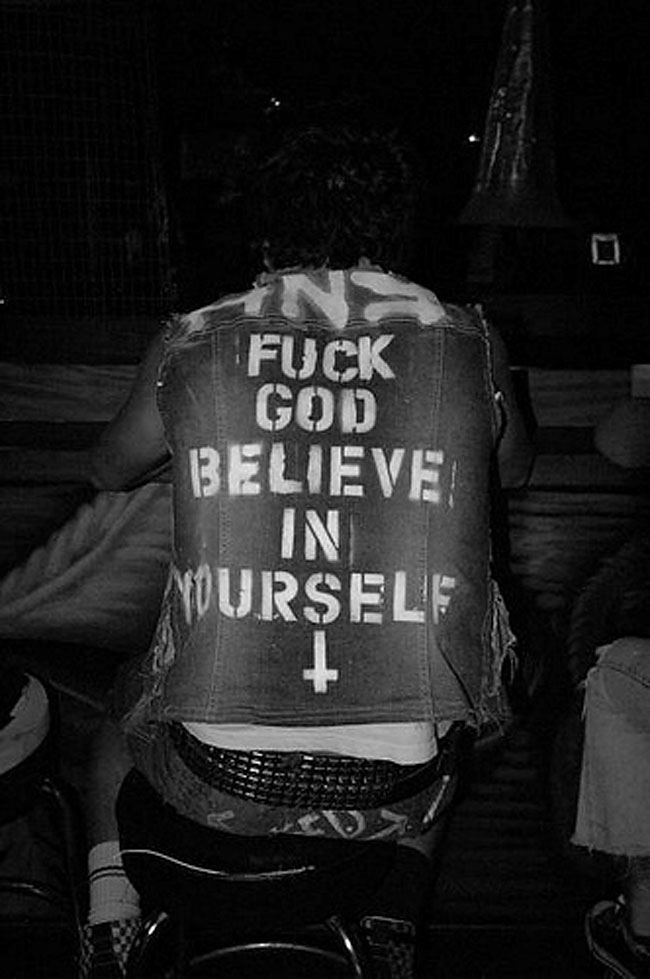 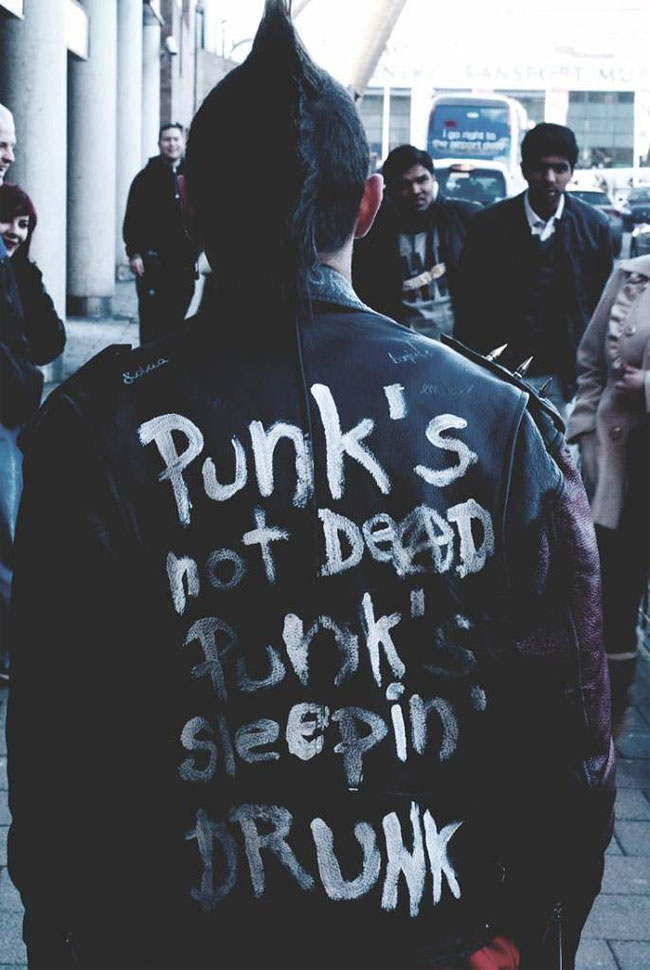 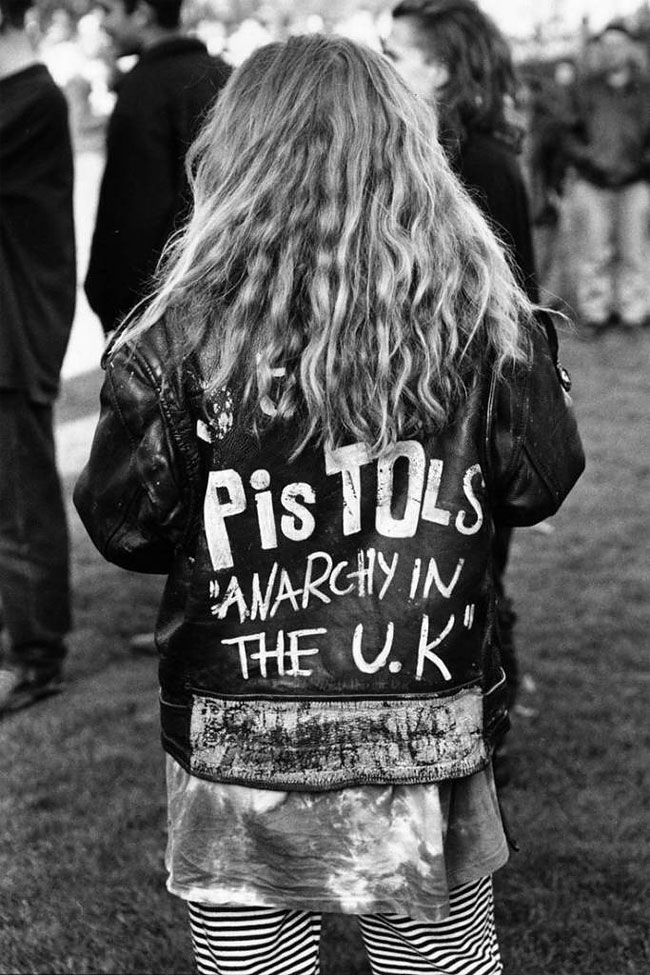 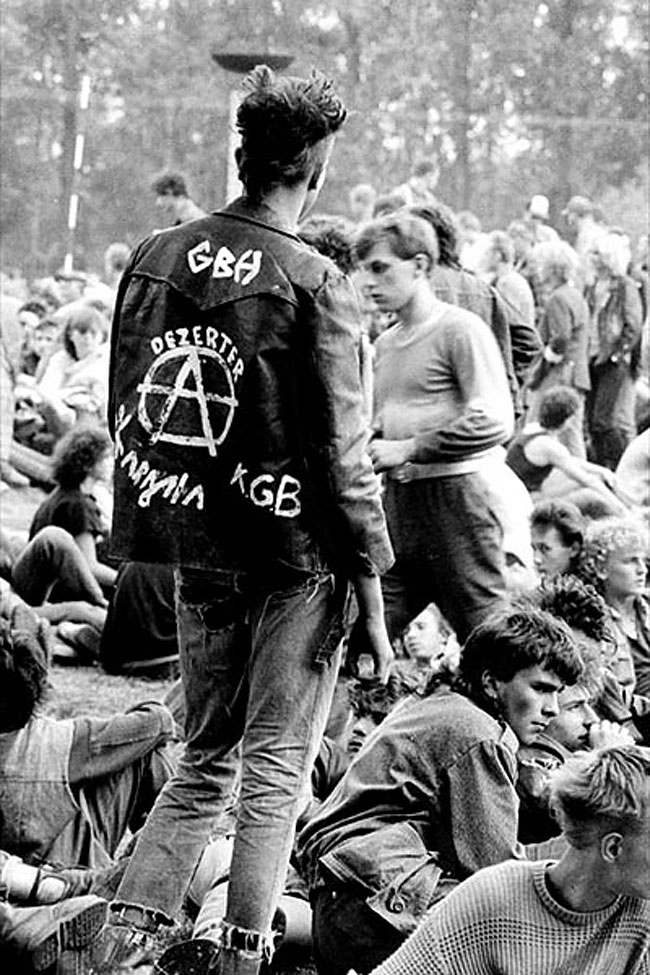 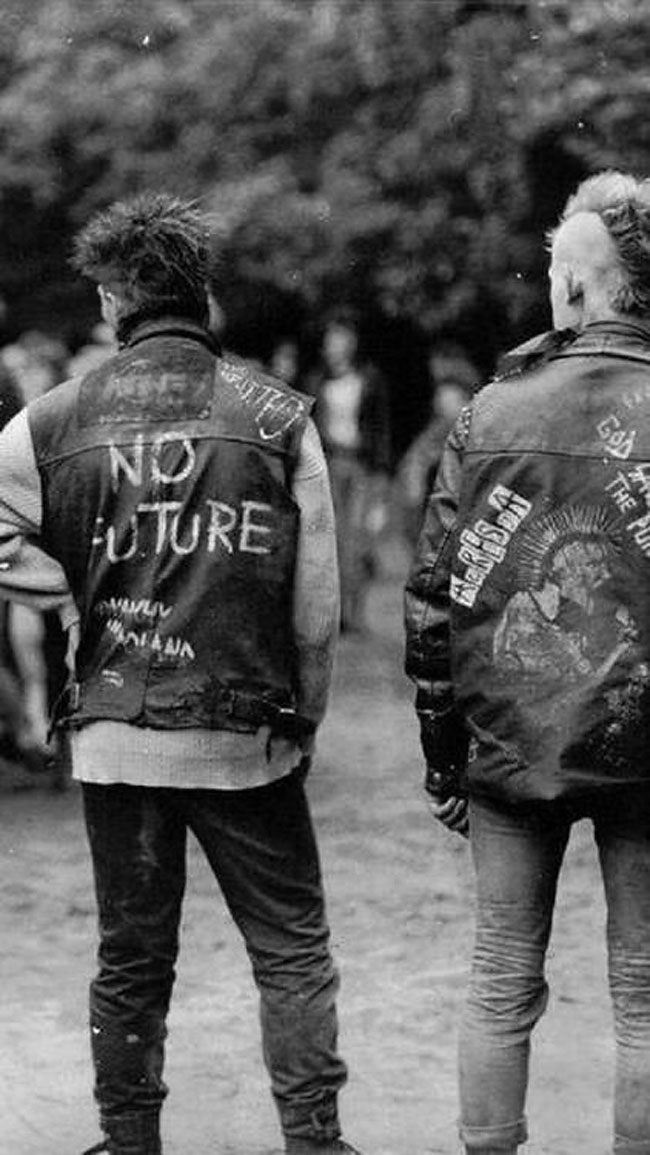 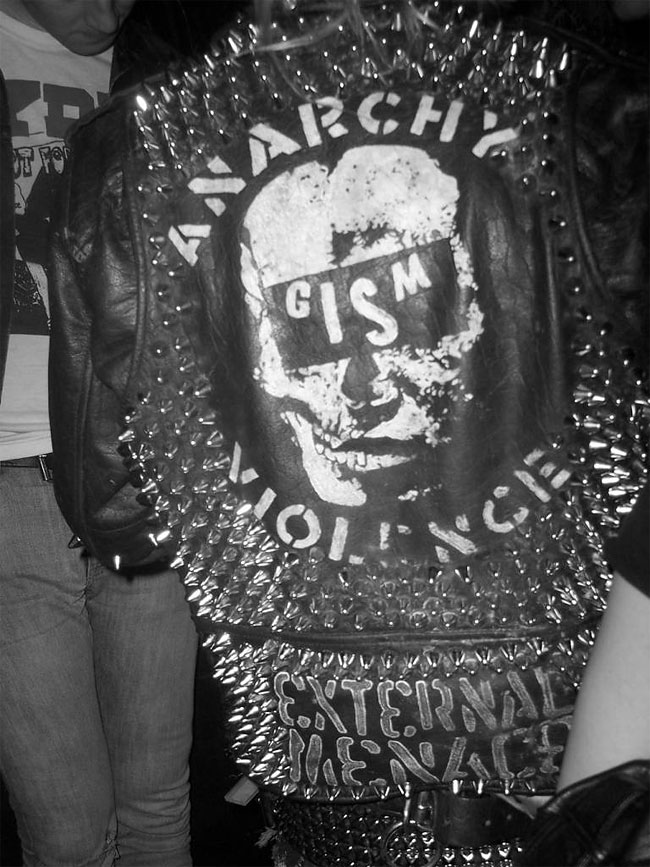 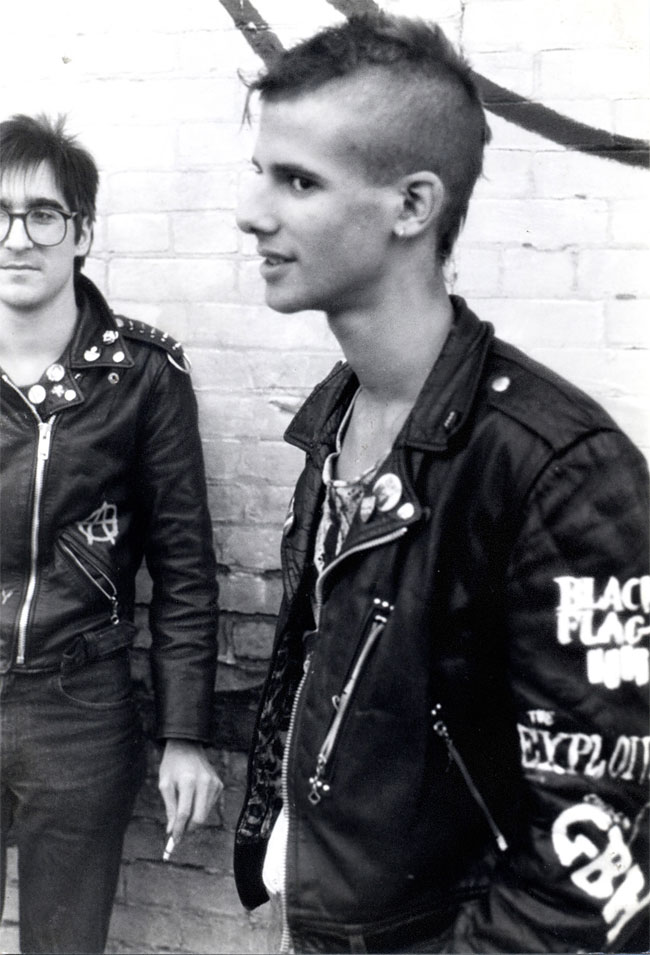 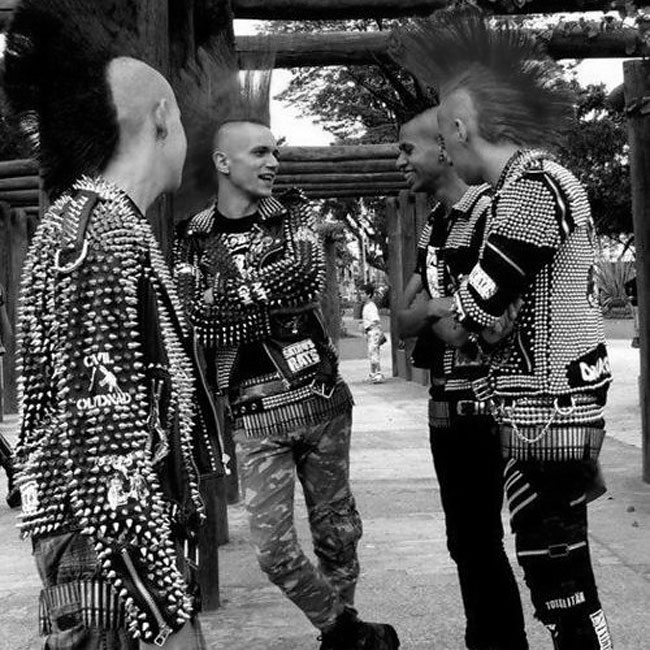 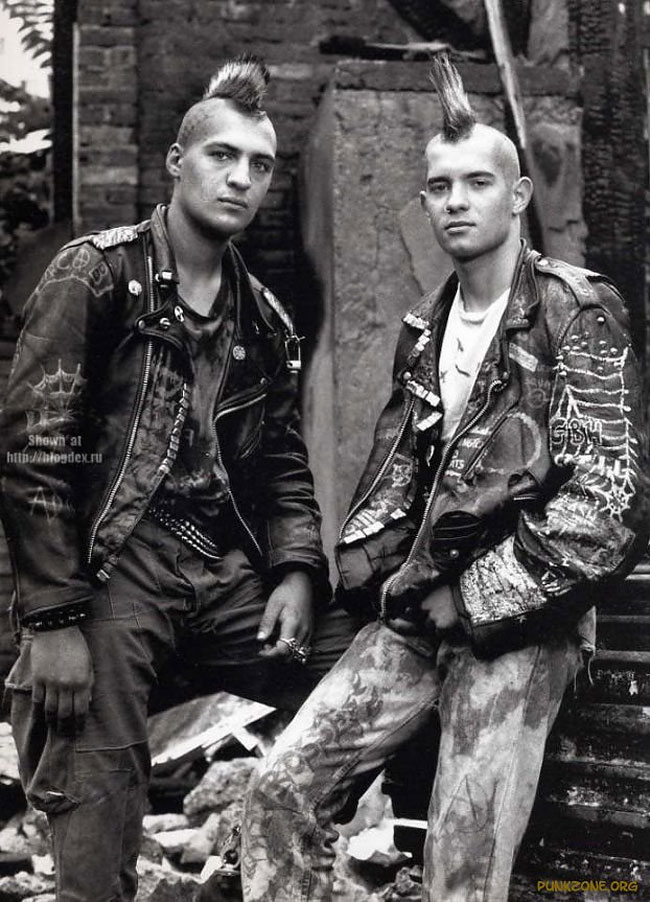 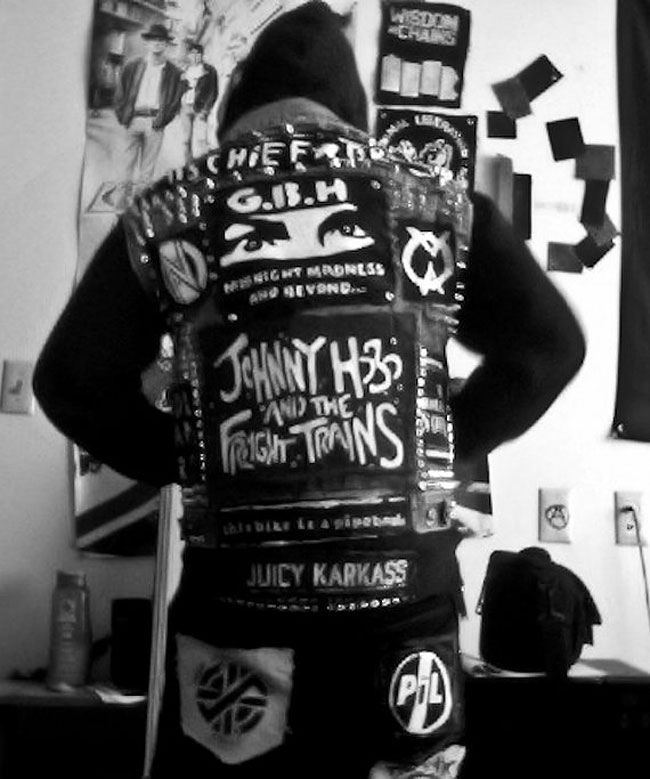 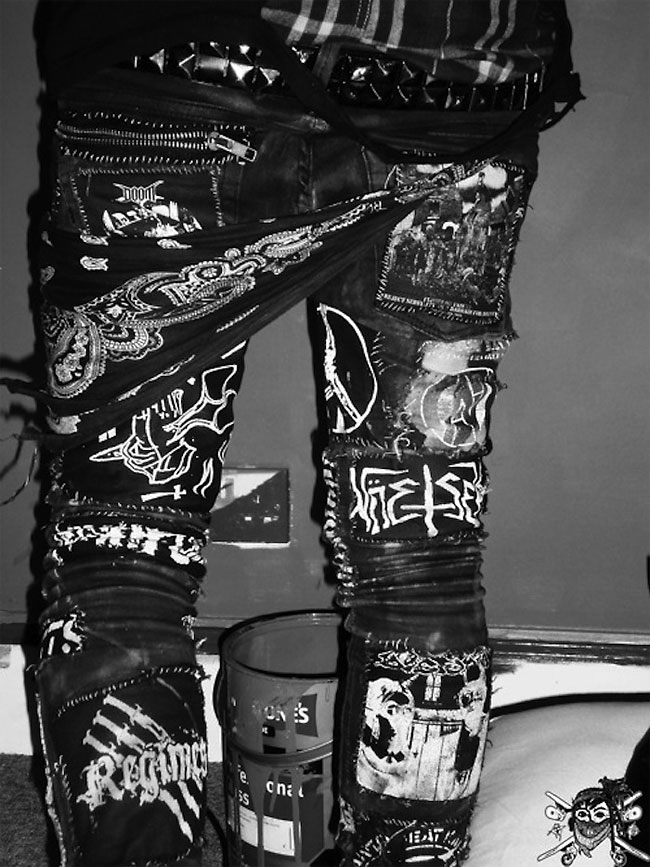